Trying to rig this: http://www.youtube.com/watch?v=CufN43By79s

What the hell is the problem with my rig? When you press Alt+a, it’s not supposed to get disjointed, but it gets. The only question here is how to not disjoint it? Been wrapping my head around this for hours. 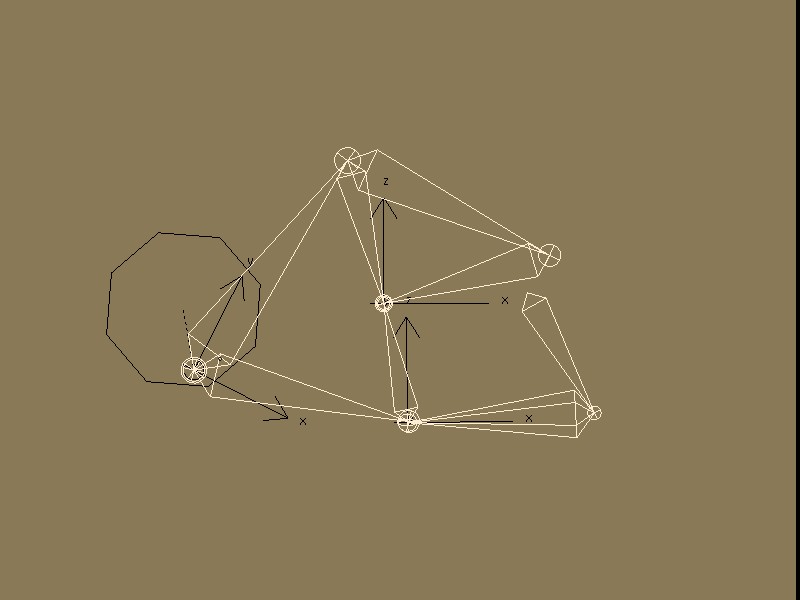 I think you havent attached the bone on the right to the diagonal bone above it… I admire this mechanism and I have also prepared one following the tutorial last year. Here it is…

And here is the blend…

You can see, my mechanism also looks detached while static but when it moves, the IK-solver calculates correctly bones positions. Should anyone know why is this mechanism “detached” while NOT moving, please let me know too!

Should anyone know why is this mechanism “detached” while NOT moving, please let me know too!

Basically this is telling you that the C2 Empty is both the IK target for bone.005 in the armature, and is also parented to bone.006 - which isn’t allowed. I know that it seems logical if you’re thinking of the bones as being objects, but it is important to remember in Blender that bones are not objects, they are components of the armature. An external object (like an empty) can be dependent on a bone, or have a bone dependent on it, but not both.

I’ve cleaned up the rig a bit, set the IK chain lengths to 2, calculated the bone rolls to Z up, and replaced the IK target empties with bones from the armature instead (since a bone can serve as both the IK target and be a child of another bone).