I’ am mostly a silent reader here, but now I hava to ask a question. I am using the new variance shadows in my game project and they mostly work fine. But if I start a game by gl.startGame() or the blenderplayer strange shadow artifacts apear: 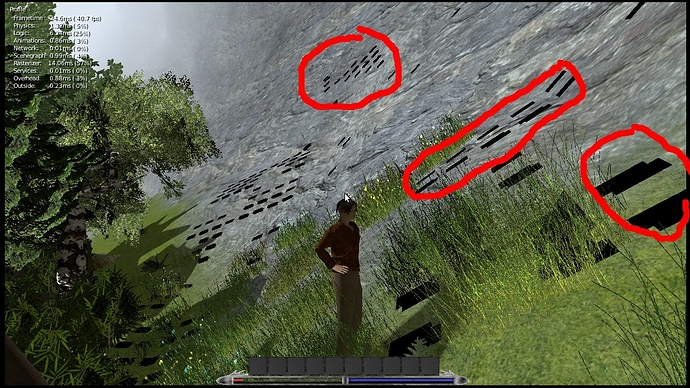 I’m not shure whether it’s a bug, so I want to ask you what you think about this.
It only seems to apear on linux (I use Ubuntu 12.04 with fgrlx (ATI) Drivers), on my Windows 7 it works as usual.
Thanks in advance

If it works on Windows then it might actually be a driver bug.

In general, I’ve heard that the open source drivers that are generally made for Linux systems tend to be lower quality than the officially supported drivers for Windows. (ie. made by developers outside of AMD).

I’ve heard it’s the same story to an extent with Nvidia as well, the best solution would be for something that would provide a better reason for them to improve their Linux support.

So I can’t really do anything, right?
But thanks anyway

Before you give in, if you find a trusted member of the community who is willing to test your game on a Windows system then you could verify that is is not a bug. There are plenty of people who would be willing to help!

OK, I have tested it on 2 windows systems, and it works on both. So it seems like I have to wait for an driver update.
Maybe I do further research if its really necessary.