Can someone please see if this SVG file will open in your Blender: https://jumpshare.com/v/R3mGrHNiQ0uHNsyiA2KQ

I’m using “Import SVG”; the image was created/saved in AI, after Live Trace; I’ve gone to wireframe/scaled, etc. and no image. It doesn’t even appear in Outliner??

Sincere thanks for all input!!

Imports fine here (Blender 2.79) and is listed in the Outliner as “Curve”.

Did you look if it appears in your object list? I once imported a svg and it was so small I couldn’t see anything until I scaled it up quite a lot.

As Ave says, it’s fine, just scale it by about 20 and CTRL+A to apply scale. Also set origin to gemeotry to put it in the curve rather than off to one side.

Thanks to all for the assist. Strangely, I was able to import it in Vers 2.78a; then, retried in 2.79 and it then also imported! It definitely helped that IkariShinji identified it as “Curve” in the Outliner!

You’re trying to import a cropped actual image? There’s no actual curves there for Blender, or indeed any other software, to work with. I pulled it into Serif DrawPlus and even using convert to curves, it is perceived as a bitmap image so not quite sure what you are wanting from this result. I would of thought SVG was primarily for gettinga “plan” of something.
EDIT: did likewise in inkscape, same thing.

i have opened file in inkscape and saved as plane svg

A SVG file (like e.g. a PDF file as well) can include bitmap and vector elements: Only the vector parts will import into Blender.

So, if you want to use the bitmap image embedded in a SVG file, export the SVG from Inkscape (or whatever vector graphics software you prefer) to a bitmap image format and import that into Blender (as texture or reference image etc.).

Are you looking to convert the image to geometry, or just as a background image? If the latter, I’d export from inkscape as png.

I can successfully import various SVG images in 2.79 no problems.

i have opened file in inkscape and saved as plane svg

all that is ,is a raster with a wrapper around it
just like a word document or a pdf with images EMBEDDED in it 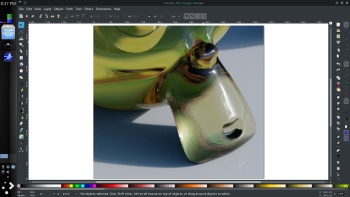 Sir please can you tell me the method, this file is opening.

Sorry for the late reply, was busy yesterday. I’ll try and put something up later.

Okey doke, as mentioned by JohnVV above, basically, use the trace bitmap in inkscape.
Take the image below, load it into inkscape.
Select all so the trace has something to work with.
Choose Path->Trace Bitmap from the menu, (shift+alt+B)

Now I’m not familiar with InkScape, but the following worked in this instance, but you could probably play with the edge detection options to get different results when working with colour images. So say selecting "edge detection in mode, rather than greys under multiples, may produce a different set of cruves, so do experiment.

Under Mode->multiple, choose greys
Click the live preview and you should see the image looking pretty much unchanged.

Click OK to trace it, once the OK button returns to normal, close the trace window.
You can prove the trace was successful by selecting the node icon and clicking on the image, you’ll see a bunch of curve points.
Now simply save this as an SVG.

In Blender, import the SVG, it will look messy, but it’s a whole group of curves.
I selected everything and scaled them by 10 and applied scale, simply because it was a better size to deal with.
I found in my case, “curve.001” contained the curve I wanted to work with, (curve itself was just the “background plane”).

Now you can convert this to a mesh, play about with the curve values or do whatever you wish.
Bear in mind, if you convert to mesh, I’d advise doing some clean up, such as going into edit mode, doing a limited dissolve then checking for areas where there are possible overlaps due to points in close proximity if you want to use bevels.

Have also attached my resulting Blend file so you can see the result I got. 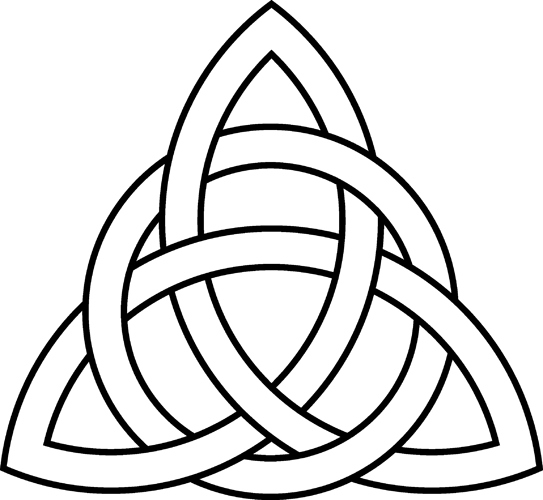 I’m also TRYING to import an .svg made in Illustrator, with NO LUCK. NOTHING shows up in the outliner.

Advice? Am I saving the .svg from AI improperly? Hints?

Can you upload the svg so we can take a look at it? If you don’t want it public, you could always PM me.