Hi, I’ve taken a cube, and cut off two faces to make it into a room kinda. One wall has a ton of subdivisions, and a window, but the floor and other wall only have one face.

Now when I try to subdivide either of the 1 faced sides (floor, wall2) I can’t. Even though the floor is selected, no extra faces are showing up. And the bottom set of faces of the subdivided wall where the floor meets that wall is…something is happening there…the black center dots (the ones that show up in faces) are shifting down and longer a bit, when I’m making the subdivisions. 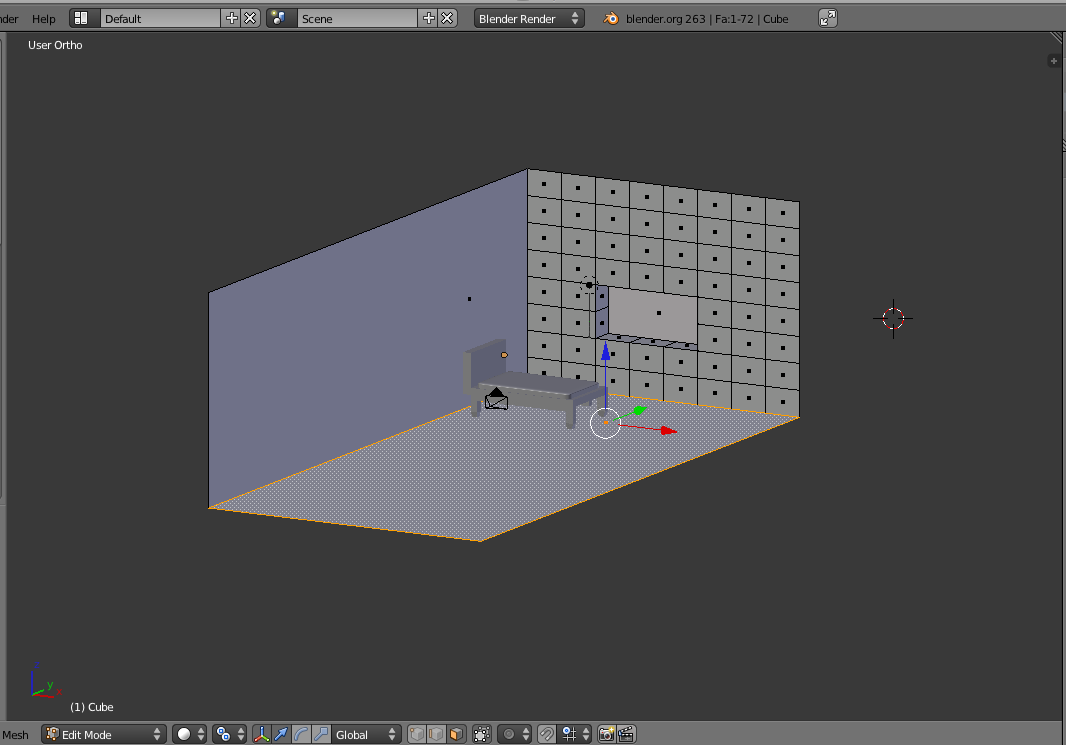 You are using old blender but that’s the first version that has support for n-gons. An ngon is a face with more than 4 vertices.
Your screenshot doesn’t have selected vertex count visible but most likely subdivided face (window wall) has created vertices to other faces so that the subdivision is possible. When you subdivide an ngon, you get an ngon.

Also, you don’t need to subdivide a face to create a window hole. You should use inset faces (ctrl+F -> inset faces), or extruding (E) and scaling (S) in. Later blender versions have inset tool, hotkey I.

The two ways suggested in an illustrated manner, plus one using loop cuts… 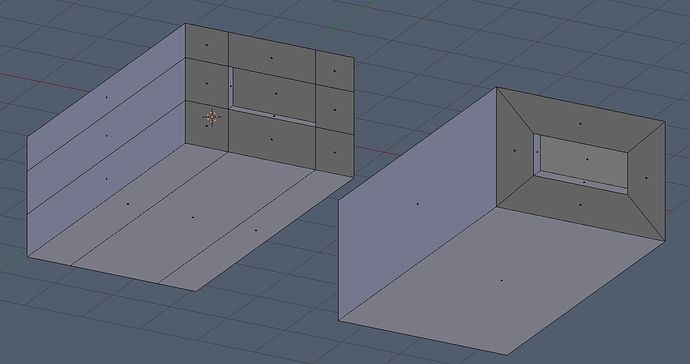 Now you said I was using the old version of Blender. I was not aware of this

what’s the newest version I should be using (while being stable?) (Will shortcuts be noticeably different? I thought I WAS using the new blender, because I use Shift + A now to spawn objects, as opposed to Space like I used to.)

And as for the inset faces thing, using that method can you get any window that’s not in the center of the wall? Mine is slightly down to the left you see.

I’m still really new to all this, thanks!

And one more thing, how long do I have to be posting before I can post without a mod approving it first?

I think my response has been rejected so I’ll try again. Thanks, I’d like to know how you make a window that isn’t centered using the inset method. I’m still really new to this you see

What an interesting way of determining the “new” blender: Shift+A vs. Space

Your screenshot is showing that you’re running Blender 2.63, while the latest official release is 2.66a. Visit www.blender.org periodically to check for new releases.

As for positioning inset face, you can just select that one face and move it along one or two axii to position it as you want it. If by some chance the face is at an angle to global axii, you can try using Normal orientation, or even create custom one: