Hey everybody! I made some procedural mountains. Please tell me your thoughts on composition, color, anything that pops into your head! 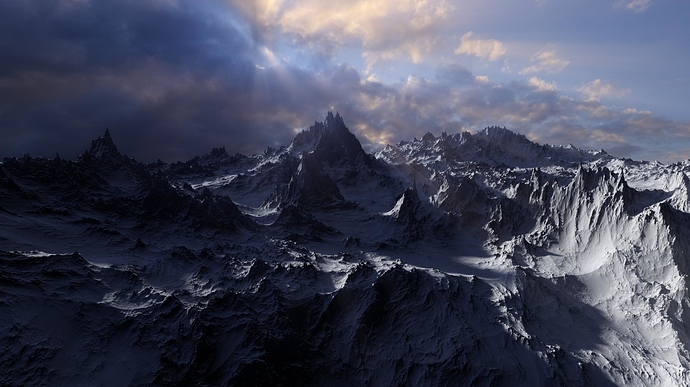 I just redid it based on feedback that I got elsewhere. 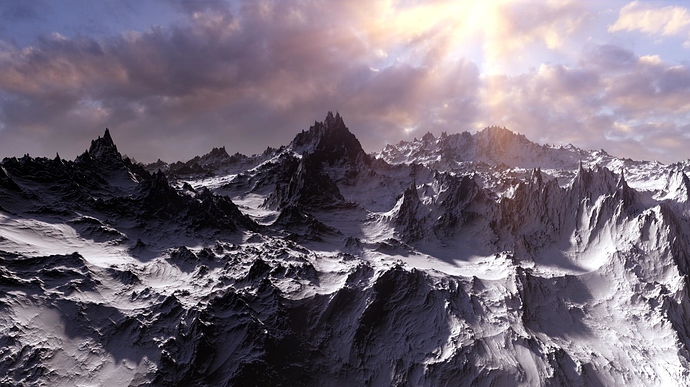 And here is the node setup. 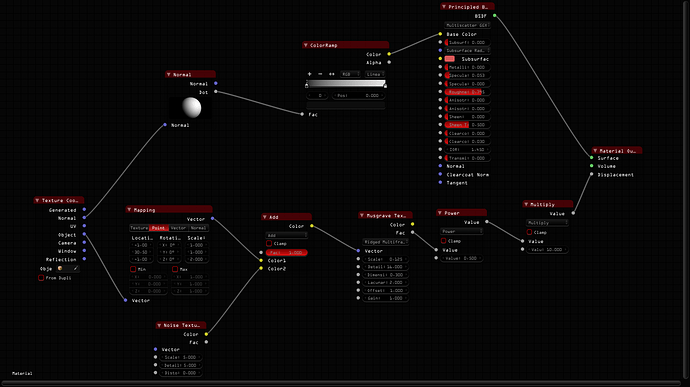 Interesting use of the normals to blend between snow and rock! I would consider making your shaders incrementally more different between rock and snow.

As far as the mountains themselves, great job!
I would consider adding a larger layer of texture charged with making large-scale differences in terrain type. For example, high values in this texture make tall, sharp mountains like you have in this image, and lower values begin reducing those mountains to hills. It would really help make the terrain appear even more natural.
You can even try making a grass shader on some of the lower areas if you’re feeling adventurous.