Hello mates, so now it is summer holiday’s first day for me, and I think it’s about time to start working on nice Blender Projects, but before doing so, let me introduce one of my latest humble projects.

Project: Controlling a Stepper motor using an Arduino Interface board

and the software Image

what do the project do?
it allows you to control the stepper motor with 3D buttons rather than real ones on the breadboard, this illustrates a basic setup, one of the possibilities would be connecting the same hardware to a racing game, the game 3D vehicle would send the velocity signal to the hardware and make the motor velocity controlled according to the 3D Vehicle.
there were some added things like a password for the locker, and other things.
what is arduino?
very basicly, Arduino is an electronic board, where you can tell it to control Electronic elements.

so Arduino can control the video game
example: [tilt sensor moves the vehicle]
or
the video game can control Arduino
example: [when the Vehicle collides with a wall from it’s left side, a left L.E.D. [light emitting diode] would be on while the left on is not, or a force feedback of a vibration motor]

are these things complicated?
they can be taught in a book/Manual/Video_tut that covers some stuff
from the electronics field, and other stuff from the BGE field, my knowledge as a Mechatronics Engineering student helped me somehow, but anyone for sure can learn these things.

we can’t see versatile contents on the Internet that covers this topic, any chance of a tutorial?

Yes, I will be covering this topic in my upcoming DVD
Blender Game engine: Zero to Hero

I hope you enjoyed this small thread, if you are really interested, then I can post some videos and stuff later. 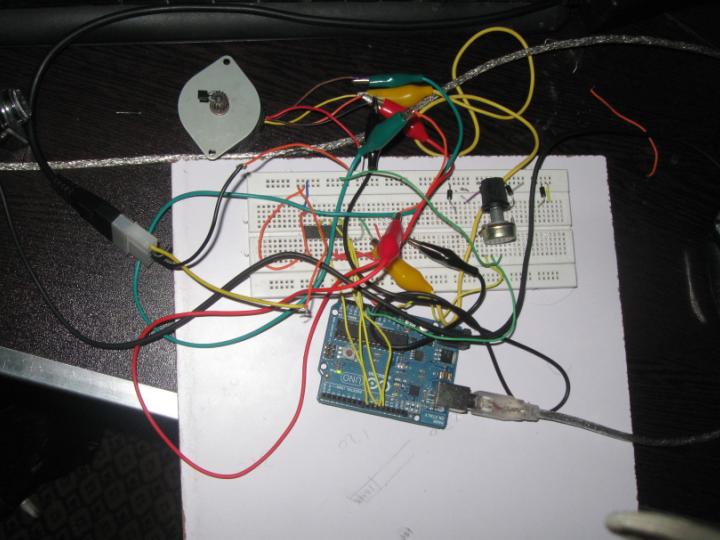 Sweet stuff man…I was working on a similar thing getting the kinect to talk to blender…How are you communicating to the BGE? UDP or a simple serial port communication? would be great if you shed some light on that…