This is a game I’m working on in my spare time… May not finish but here’s some of the work I’ve done on it.

SUSPENDED
I have currently put this project on hold, as I am busy helping on another game project.
This new project is a remake of the popular Thing Thing flash game series

This is a turnable of a creature concept for the game: http://www.youtube.com/watch?v=xP-sqyCpHF4 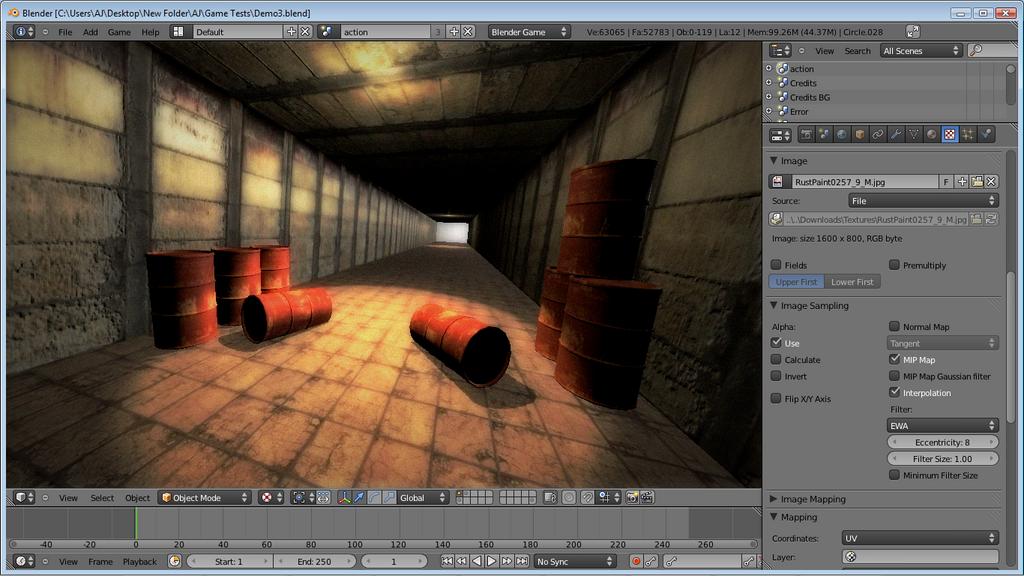 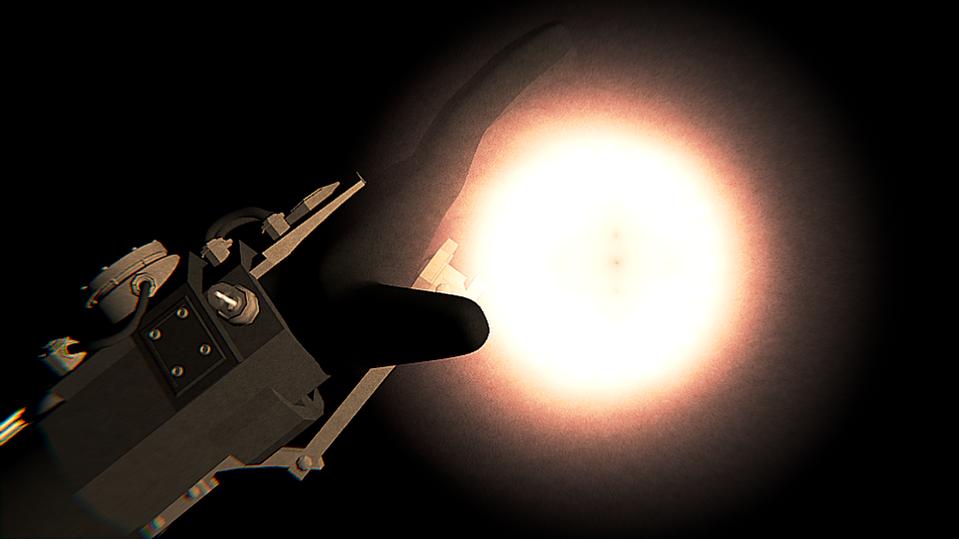 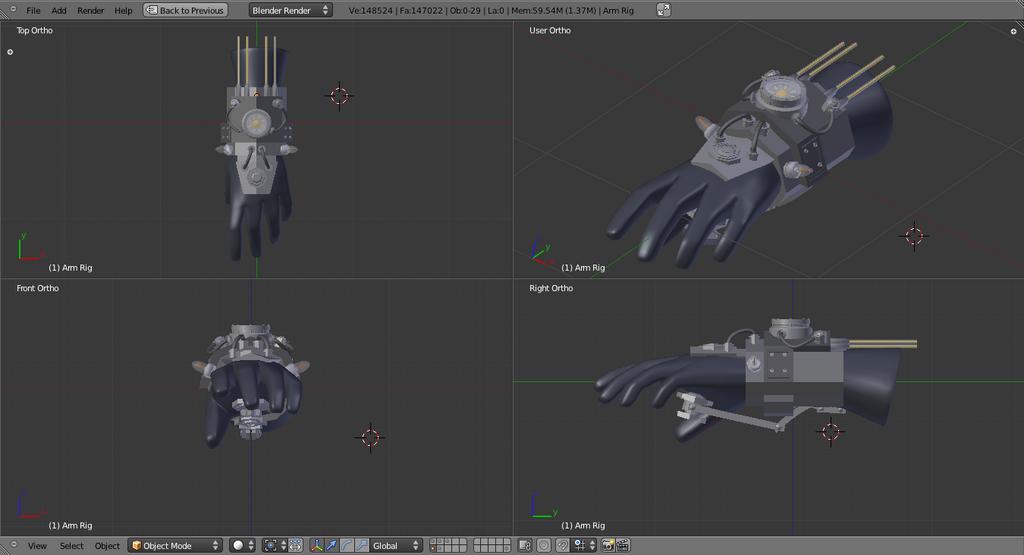 Great texturing in that tunnel! Your models look good, but your hand could be better

Yeah I still need to texture the hand and the device on it… That’s the player’s main weapon.

Oooh. This looks VERY interesting. Could we have a few details about the gameplay?

Basically, your a soldier sent to Life Systems Corporation (L.S.C) labs on a rescue mission. But you soon realize something is very odd about L.S.C.'s experiments, and as you make your way through the facility bizarre things begin to happen (i.e. Creepy skulls reflecting in a pool of blood at on point)

Early in the game, you are knocked out by a crazed scientist and wake up sometime later with the strange device on your wrist.

The story is slightly fuzzy at this point because I just started working on it.

But the device will be your main weapon and you really wont have a gun most of the game. The device is designed to amplify psychic ability, but has more powerful and sadistic uses.

In the game, you’ll be able to lift objects telepathically, slow down or even stop time, shoot powerful impulse blasts, disentigrate objects, fire electricity, create fire balls, pass between the land of the living and the land of the dead, and a whole slew of other things!!

There will also be several action sequences in which buttons must be pressed when they appear on screen, for example in one level you’re character will meet a military blockade, and you will then press a sequence of buttons that will slow down time, grab a pistol from an enemy, slide under one of the blockade cars, rip out a fuel line, and fire the gun at the leaking fuel just as time speeds up to normal.

Your character is also capable of shifting his molecular structure to shapeshift slightly. He can also manipulate the molecules of some objects around him.

Mostly you fight military and mutated experiments from L.S.C. Labs but there will also be some interesting takes on the traditional boss battle and levels in which instead of attacking, you must escape by free running through debris and such.

Well. This game looks a lot better than that cartoon you made. jk.
How long have you been using the BGE? Sounds like this will be using a lot of Python, but the modeling/texturing looks good.
The story is kind of uniqe, but reminds me a little of the Umbrella Corp.
I like that you get turned into one of their experiments though.
Keep it up, and I’ll keep up with this thread.

This is actually the first project I’ve done in the game engine… I understand a little bit of python.

I’ve been challenged by my brother to write a big twist into the story, “Something that makes you say what the heck just happened?!” so im working on that.

I’ve got to come up with some kind of system for players to select the powers they want to use… The device is going to do like 40 or more different things.

Not sure what Umbrella Corp is, but didnt they have something to do with zombies? The monters in this game aren’t zombies, rather failed attempts to utilize earlier versions of the device on the characters arm. They are souless monsters caught somewhere between humanity and hell.

Oh and I forgot to mention that your character can run up walls and to some degree defy gravity and the laws of physics. Kinda like the matrix lol
The human soul plays a big part in this game.

Yeah. The Umbrella Corp is from Resident Evil. I just meant the experimental part. Not zombies. I’ve got one of those “What the hell just happened?” In Mif Drift too that no one knows about yet. I like having that in games.
This sounds like it’s going to be “Resident Evil” meets “Mirrors Edge” (which has taken me away from Mid Drift lately) meets “Dead Space” meets “Soul Reaver”.
That could be a good Combo. I’m liking it so far.

so far I’ve just been using a FPS template I found on here for the player and editing that, but I’ll eventually redo all that because it’s not working with some of the stuff I want to put in the game. I’m doing some tests to see what kinds of freaky scary stuff I can put in the game. I have a mirror set up so that after a few seconds a creepy skull appears bathed in red light inside the mirror.

Some more work on the game. The skull in the blood puddle is set up as a reflection, so whenever you look into the blood, the skull follows you. 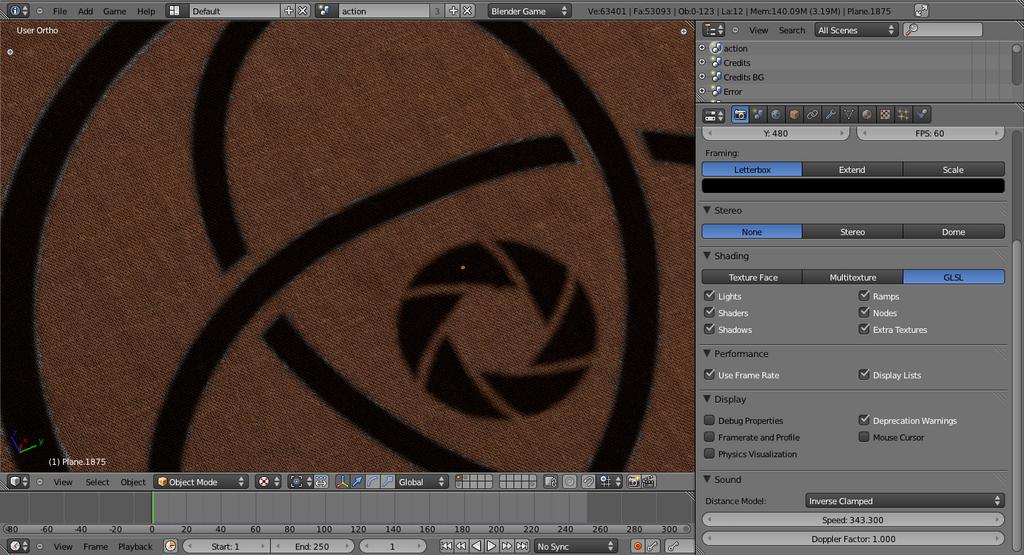 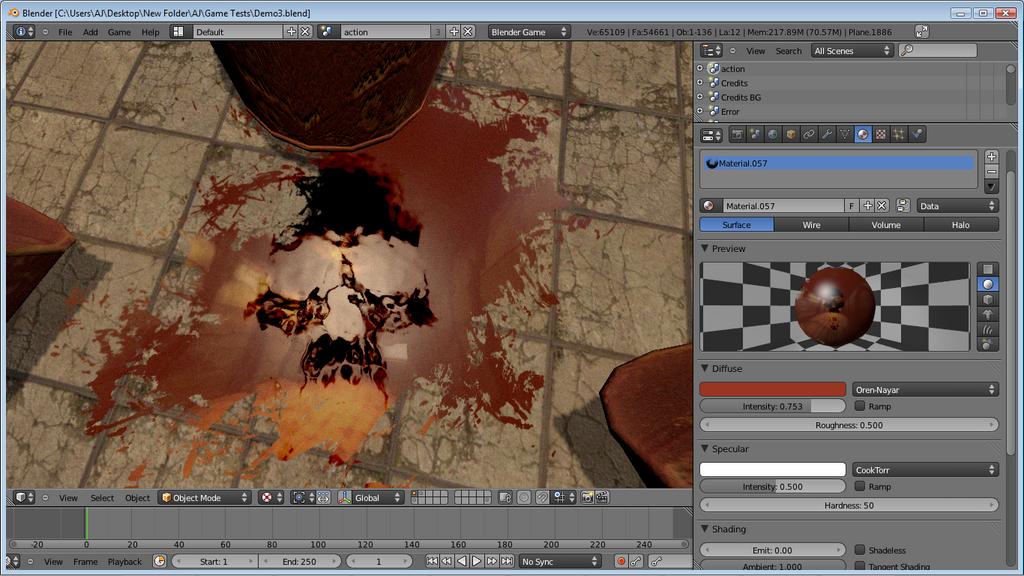 I could definately use some help

Here’s some animation for a section of the game

Is it commercial or free?

That sounds very interesting altogether, but are the things/abilities/weapons you describe already startet to get working ingame or are they just conceptual so far? It might be too much content, so watch out not to exaggerate, that is (I know what I am talking!) the one particular main reason why so many game projects fail to ever get finished.
But I like the contents you describe concerning story and topic, you really should make all the philosophicals aspects recognizable (Dialogs, Tapes, Notes, the usual stuff).
Ô, and if you want it to be as creepy as possible, I will always be pleased to help you out, since I pretty much know how to be creepy. x}

Yeah most of it is conceptual, and alot may be cut or never even make it in the game, if I can do it at all.

My main problem is I have very little to no knowledge of python. My main goal currently is to get as much done on my own, as a proof of concept so I can get help. I’ve been using Socials fps template up until now, but I’m trying to make my own player setup.

All the philisophical stuff is DEFINATLY going to be in there. The lab that starts all the events in the game, Life Systems Corporation, has a symbol for immortality in their logo. I dont know if I’ve stated it or not, but one of the main story points is the extraction ofthe human soul.

And so far most of the animation I’ve done for it is pretty creepy… One of the main antagonists is a failed experiment of L.S.C. labs and is pretty scary… I’m always looking for help, especially with level design though. I can get a good initial look and feel for the level but after that my mind goes blank lol

You mean this one?
http://www.youtube.com/user/MarvinTheMagicBanana#p/a/u/2/xP-sqyCpHF4
I actually hoped there would be more of his sort, but not too much.

There may be more similar to him, but he may be the only one… The way he moves and acts, I just cant imagine having to fight a group of them… He moves really fast and is super strong so it would be really difficult to fight more than one. Trust me, you’ll have your hands full with the other enemies…

Here’s some videos of the animation for one part of the game, these are just tests with no models though…
http://www.youtube.com/watch?v=CAI7JLjK9DM

Some work on a possible menu background 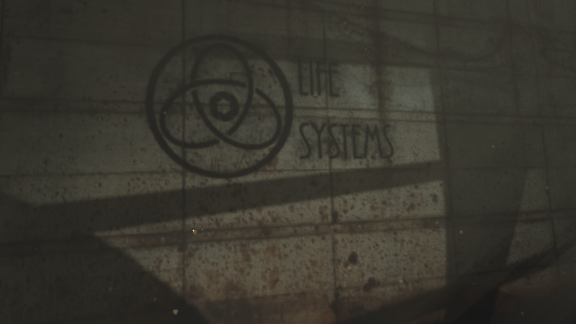