Anyway, I started this character model like… last year and wanted to finish it ASAP so I could move on to the next one. The problem is I’m half-clueless in regards to this whole process lol. (Not to mention I prolly bit off more than I could chew. OTL) I’ve been documenting this journey mostly on instagram… but I figured it’s time I maybe make a post here to get some guidance.

Current status: “DONE” – It’s not actually complete, hence the quotes… but it’s time to move on. I was side-tracked by a project (that didn’t pan out well ㅠㅠ) but we’re back! Sorta! Kinda splitting time with this model between learning Python and occassional art studies… as if I weren’t slow as it is lol. 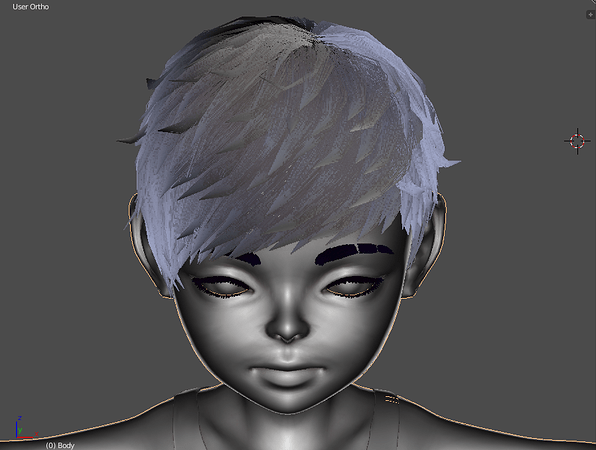 We finished his hair and will probably return to this next week to make some revisions. After being away from the project for so long, there’s a tiny list of things I want to edit now. Granted that list will have to wait indefinitely. I wanna be done with this thing by like… Halloween.

I learned a little something about particle hair in Blender though. The only (miniscule) experience I’ve had was with Maya… so, uh, this was a trip. I think I planned my approach to it wrong… or maybe didn’t choose the best method. I split the systems up by area and reused a couple settings across some… it was when I realized I could’ve split the systems up by setting and just place the particles wherever to do what I needed. And since the particles flattened themselves, I was beginning to wonder if I should’ve gone for textured planes in some spots instead.

There’s… so much to learn and explore lol…

It looks good and I’d say you did excellent with it over textured planes.

Thanks! I feel like particles definitely gave me some flexibility where planes wouldn’t haha.

this is great, specially the hair part nice work
i would sugest trying to take the neck down a little bit to give the whole chibe idea a sens

Thanks for the feedback! I’ll finally be able to return to this project lol

By “take the neck down” do you mean like… editing the trapezius area? Cuz I’ve been thinking about that since I really floundered with the neck/shoulder area in general. On one hand, it sorta matches the art and will technically be covered by his hoodie, while on the other it’d look less strange overall. XD

Although I did start rigging him already, I haven’t made enough progress to feel bad about cutting my losses with that.

yeas make it slim and small and maybe reduce the sholder muscil a little bit !!!
but your doing great !!!

Could i ask how did you do the hair ?

And tediously shaped every parent strand one by one ( ;u;) I, uh, wouldn’t recommend doing that without interpolation on. As I did.

I split the hair system into different sections based on area but also based on the hair setting. (Some strands are more clumped, others less so.) I think for his hair style, going mostly by setting rather than area would’ve been better. I probably could’ve used interpolation effectively and spent waaaay less time tweaking individual parents that had little bearing on the larger shape of his hair.

It’s not done but… it’s been too long. Seriously lol.
I just remembered I started this model like… 3 years ago.
I wanted to finish it for the sake of finishing but that wasn’t even the point of starting. (I mean, it was, but underneath it was really a personal test…) It’s gotten to the point that I’ve stopped myself from pursuing other ideas… which has the effect of causing me to procrastinate instead lol.

I think I should’ve made like… really tiny projects before jumping into this? Just to keep me focused on doing something regularly, y’know? So that’s what we’re going to do next. I learned a lot from this process and it’s given me a framework to approach the next “series” of models I’ll be working on. d^^

Thus let us say farewell to this “character study” with some renders: 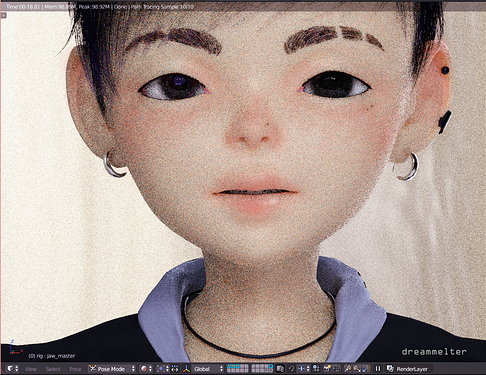 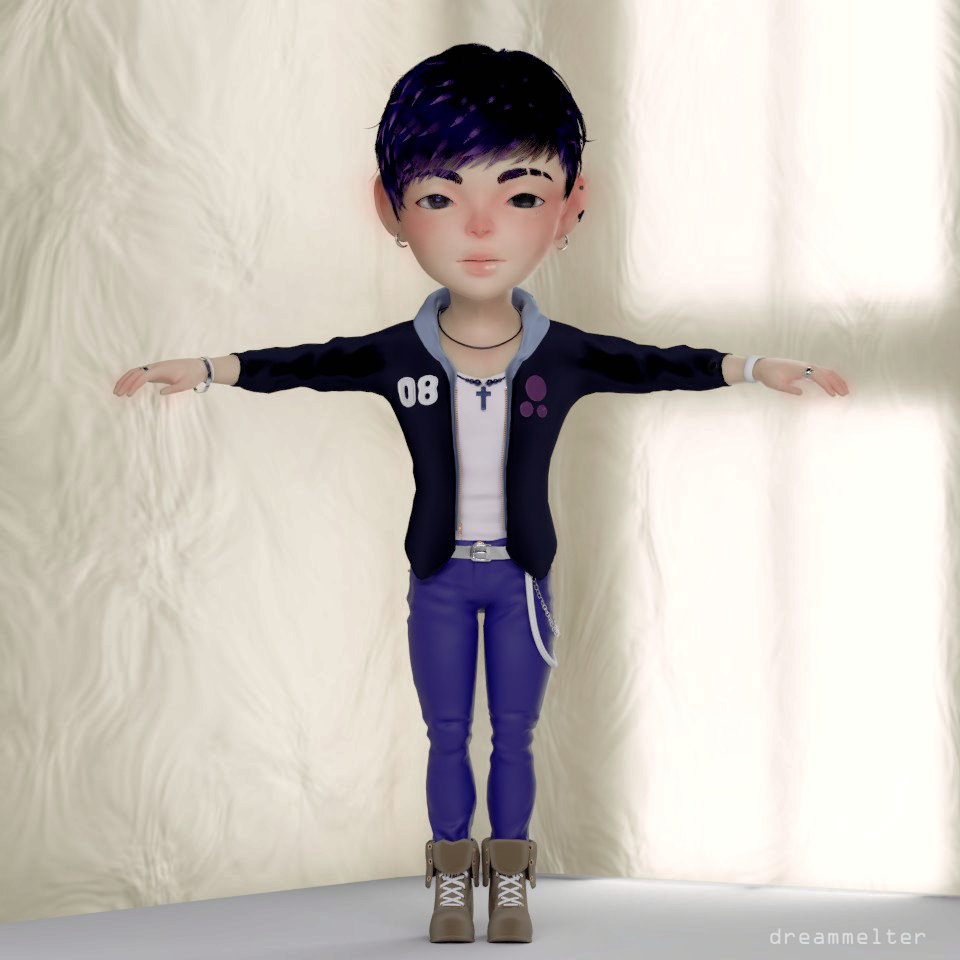 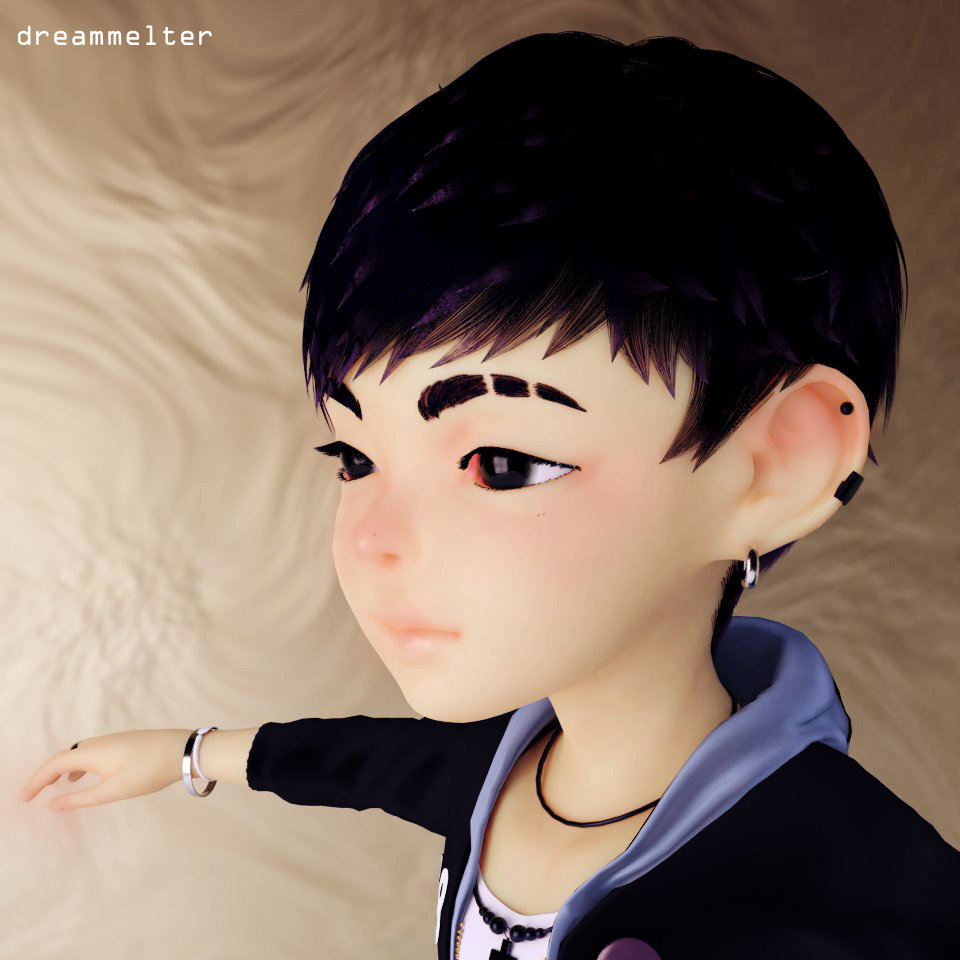 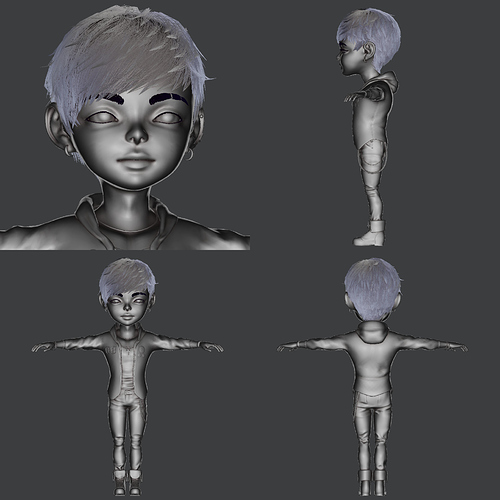 BONUS: I tried out texture painting “for fun” cuz I originally wasn’t going to make any renders… but the moment I changed my mind, Blender crashed. Of course, I didn’t save the image file at all.

So the “blush work” you see in the renders was done in post with Affinity Photo. 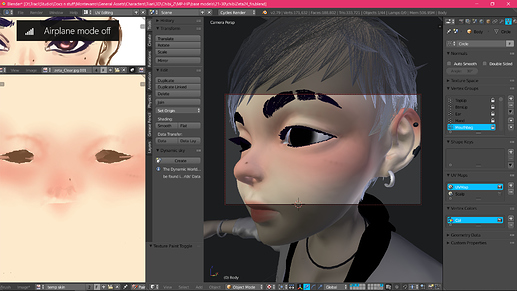 ~Thanks again to everyone who showed interest~ (uwu )