I am the lead dev and creator on a game called UNSC Faction Warfare. It is a game based in the Halo Universe and is the 3D Successor to UNSC Warfare, a web based game with a 2D Battle interface and general army management for battling players. That was a prototype for what U:FW will be.

Naturally with any games based off the Halo franchise we are unable to make money and must respect certain rules. I have done this rodeo before with 343i when I started work on the previous game. So as you can imagine this will not be paid work but will be something built for the community and hopefully we can have fun in the process

Here is some more details before I give an indepth spec of the game, and what I am looking for

Type: Game
Genre: Sci-Fi
Universe : HALO - Helps if you are a fan, or familiar with the franchise.
Assets Needed : See bottom of post.

What do I do? - I am a software and web developer trying to get into the games industry. However without something nice to show it’s difficult. I work professionally in Central London, UK as a software and web developer mainly working off the Microsoft stack. C# is my principle language however skills are transferable and I have been coding since 2010. I work with code every day and do lots of side projects to keep the brain fresh! I am very passionate about development and this project so I hope we can get some like-minded people involved.

Project Details
I have been toying with the idea of making a 3D Game version of the original since last year however I usually find myself building mechanics or getting distracted with other projects. I started working fully on this idea about 2 and a half months ago. I work on it whenever I get a chance, be it during my lunch break, after work and some hours on the weekend to try and progress it forward.

The project is in two parts. A WebAPI for all the calls the game will make to the server, which I am building up slowly one piece at a time, and the game. The game is going to launch initially on mobile (Android first) in order to build an audience, and then iOS, and then PC, and if [email protected] allow, Xbox One. The webapi is built in C# and the game is being built in Unity3D. The game will also be broken into two pieces, a dynamic, 3D Menu system that takes you to different scenes representing various menus, breaking away from the traditional menu systems you see.

If a player then starts a ‘battle’ or ‘mission’ they will be loaded into a new level relative to what they have selected. This will be the battle interface where the player can watch the battle unfold between his army and the enemys in real time.

Players can then buy new units, upgrade existing ones, and contribute to a player driven marketplace + lots more.

I am not going to quit or give up on this project as it serves a great purpose. It offers experience to all who participate, I love the Halo universe and lore and would love to contribute more, and also because when the previous game had 10+ members online at any time everyone wanted a 3D version. I will do it for them.

In terms of general skills, and game mechanics most of my stuff can be found here.

In terms of progress on the project it’s mainly menus for now driven by the API, and I can’t exactly start pasting my API code here however here are some small clips of logging in, and transitioning to the store page. Please remember all the UI is currently placeholder that doesn’t represent the design (these are in progress by another team member).

I am ultimately looking for people who are willing to actively contribute to the project when they get the time. This doesn’t mean join and do nothing but rather join up, contribute an asset, maybe some discussion and then a week or two later contribute again.

Whats in it for you?
If you join up, you will of course get full credit for all your work, have a place in what I hope, will be an amazing and friendly team. You can use the project in your demo reel, etc. Feel free to use my as a reference and provided you have contributed I will give a glowing reference based on your contribution! In addition you will get an opportunity to learn and hone your skills!

Finally if the project is a success, we will be creating another shortly after, but for a different universe. I already have some lore in place for that so it’s a matter of converting the project, adding features and correcting on our mistakes and then we can monetise it.

Valhalla/Blood Gulch environment. Doesn’t have to be high quality as game takes place in an RTS kind of view. A number of other locales from the Halo Universe and some of our own, inspired by the ones we know about. Battlefields, not indoor environments.

Eventually all of the vehicles of the UNSC. For example, Warthog, Mongoose, Scorpion Tank, Elephant etc

And lots more. It’s an evolving list for sure.

I look forward to hearing from you all. Thanks for taking the time to read.

I have been looking for a project where I can create some vehicles! What else is required to join up? Or can I just submit assets? Also, any info on specs such as poly limit, texture types/size and model format?

Hi !
I´m available to cooperate:-) Will you post reference images of the assets you need?

Sorry for the late reply been away all weekend!
Model Format - Anything usable in Unity3D without software required (i.e FBX etc)
Polycount, no idea I am afraid, hoping to get the game to work on mobile devices so be frugal - Example of level of quality I would like

In order to get involved, please PM me!

Sorry for the late reply been away all weekend!
Model Format - Anything usable in Unity3D without software required (i.e FBX etc)
Polycount, no idea I am afraid, hoping to get the game to work on mobile devices so be frugal - Example of level of quality I would like

In order to get involved, please PM me!

That will be more than enough I should have the mongoose complete by this weekend (check out progess in WIP forum here ). How would you like assets submitted?

That will be more than enough I should have the mongoose complete by this weekend (check out progess in WIP forum here ). How would you like assets submitted?

Please email me - I will PM you address!

Please email me - I will PM you address!

Glitch I sent you an email but got “email does not exsist” u can add me on fb username: ermoholic

I am interested in the level/environmental design! Here is a level I am working on for the Halo 2 PC engine for reference (Modeled, texture painted/uv mapped, and exported completely in Blender!): 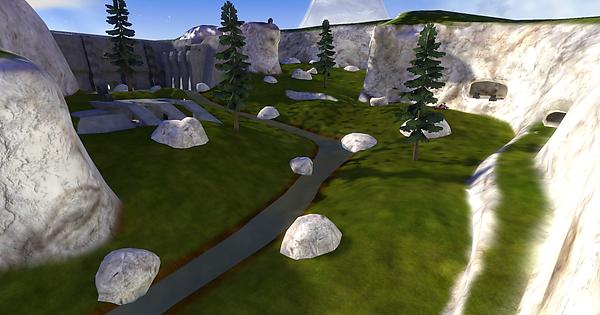 I haven’t herd much from you but I have completed the mongoose. 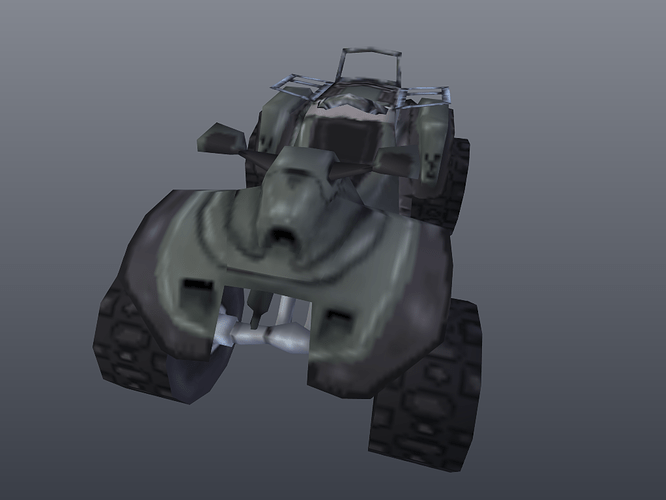 So we have to mail you the models or just post them here?

I am interested in the level/environmental design! Here is a level I am working on for the Halo 2 PC engine for reference (Modeled, texture painted/uv mapped, and exported completely in Blender!):

Hey man, sounds great - PM me and we will get something sorted!

I haven’t herd much from you but I have completed the mongoose.

Hey Cyborg!
I tried adding you on FB but that failed! I will PM you again!

I would be happy to help out on the environment. One thing, how would you want it exported from blender to unity? Or would it be better if I just send you the the blend file to help you sort that?

hello
I am pleased to help and I hope to offer you the best
You can show my works here https://www.facebook.com/pages/Isshak-souaci/361566937343656

Im an Artist, and currently have free time when it comes to my project… have a look at my latest artwork, i think it could be of some use.

Hi! I’m part of a Halo FPS fangame, and your project looks really cool!
Do you have skype?
BTW saw this on unity forum

Hey! You have skype?

you talking to me? i do have skype if so.