Question about black Cubes in games? (why is this not applied in Blender)

Who knows why the Black Cubes are in a Game Engine? I’ve never used it myself! He also says in several videos about this: “Light Maps”, “HDRI Maps”, “Sky Boxes/Domes”, “Shaders”, Textures Maps", “Dev Cubes” and “Data information” stored in the Cube. Do anyone have any idea how best to view this?

I’ve never experienced or learned how to store stuff like that in a cube, or does the cube work as a Null Object? (Empty) Only that it should be visible to Developers? I’ve seen Cubes like this before in his Boundary Break Videos from other games and not just only for Bioshock?

I also have a link to another Boundary Brake where these Cubes also appear in Red Dead Redemption 2.

Do anyone have any idea how best to view this?

Is this a question about Unreal Engine in general, or how to view these things in BioShock?

Is this a question about Unreal Engine in general, or how to view these things in BioShock?

Both in Unreal, Bioshock and in Red Dead Redemption 2?

it is better to ask this question on the appropriate forum on these games - here you can only be offered a theory, I believe that this is something that the developers left - just as there are zero rooms filled completely with level assets - which give a simple explanation - level designers simply did not delete this zero room and so released the game

Who knows why the Black Cubes are in a Game Engine?

In Unreal and Unity engines, these cubes are used to display environment textures (cubemaps) to simulate atmospherics, sky, space vista, etc. It’s done by putting a camera actor in the middle of that cube where a texture is seamlessly wrapped on all interior faces, then add some lighting, fog, etc. What the camera views inside that cube is then assigned as a shadeless material to the interior faces of whatever mesh that contains the whole world or level. When the player looks in a direction, in the far, unreachable background he sees whatever the camera inside the skybox cube sees in the same direction. I used that technique in the old unreal sdk to make surveilance cams with the environment texture mapped on console screens in game, and the skybox cam inside the level…

The reason the boxes are black is because these are not rendered to the player camera ( “unlit” material), the content is visible only in the editor (else the world lighting would loop back to the environment camera, then added to the environment texture, etc).

The skybox and everything it contains are usually placed in locations that the player has no access to, so the guy who made the videos is obviously in god mode and he can clip through the geometry, which allows him to go under the terrain or past the boundary of the huge box containing the world.

As for your thread’s title :

To see the equivalent in Blender / UPBGE, open shader editor, in top menu bar choose “world” instead of “object”, unplug the background node and instead of it plug in an environment texture (any image works) and connect that to the surface socket of the output node. 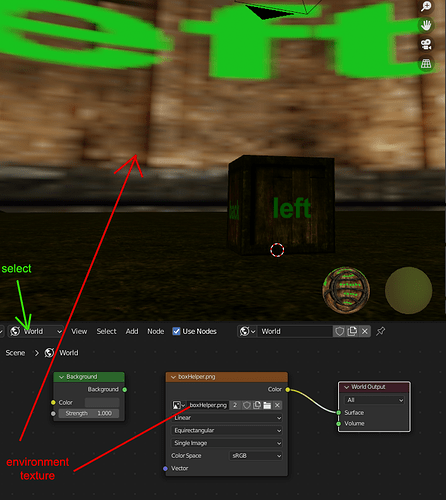 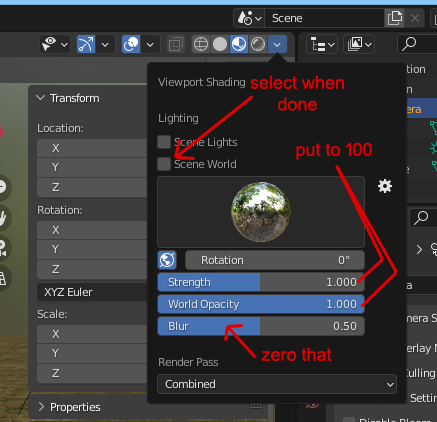 This is, in essence, the same principle as the skybox technique used in games.

Very nice explanation for: “You are out of bounds… there will be dragons…”

so you see the standard cube isn’t useless

Thank you very much for the nice explanation. When you showed the example in Blender it became even clearer.