arguing, slamming, flaming, especially on controversial things, Just a thought I have, Do you think there are literally people out there that chronically troll? I mean to the point of it possibly being a mental illness. Maybe someone who creates up to 20 or 30 accounts for various websites (Example: womens rights website/forum, animal rights website/forum, BMW enthusiast forum, etc.) just to troll and they do it all day, signing in and out of various accounts, perhaps being logged on all accounts at once and trolling.

I would imagine the trolls objective is just to upset as many people as possible, not open to any real conversation, if you say pigs cant fly they will say pigs do fly, etc.

i think it’s just people realising they can be anonymous ar$eholes. if there was no anonymity on the net, trolling would drop by at least 99%, IMO. part of the issue as well is over the years i’ve seen people change the attitude from trolls being disruptive idiots to making trolling out to be some sort of coolness, mostly due to blurring/removing the line between trolling and pranking.

a Troll = a creature under-neath a bridge

Trolling is also a job. I know few that do it for political parties. :no:

I’m really not sure what the definition of a trolling is. I suspect it’s not always the obvious, controversial posts but more to do with conversations slowly being manipulated in the background.
I think sometimes passion is often accused of being a form of trolling when really people are just getting frustrated when their views are brushed aside by a few carefully chosen words or they feel they are not being taken seriously.
I think everyone has trolled at one point or another, it’s kind of unavoidable sometimes, even calling someone a troll is a form of trolling.
When it becomes a problem is if someone deliberately sets out to belittle another for their own personal gratification.
I know it’s not your intention but associating mental illness with trolling is just stereotyping a community that already has to battle with so much stigmatism and prejudice. I speak from personal experience, not all social problems are clinical. 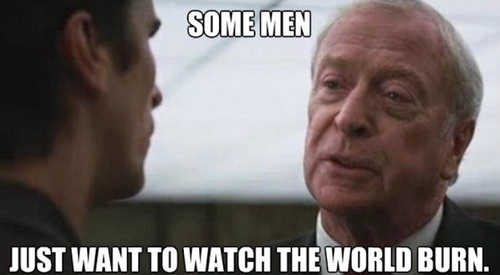 Or they have a mental illness.

No, they simply have “a bully pulpit,” and it’s connected to other people’s buttons which are very easily pushed.

But the solution is simple. In addition to attentive moderators (thank you!), just ignore them. Completely. No matter what they say, don’t say anything. At all.

It’s probably just someone acting out. It could be mental illness or even trouble at home, work or school.

studies show that trolls commonly have these traits: narcissism, machiavelianism ( manipulating others ), and sadism, know as the ‘dark tetard’ by psychologists. you can read more about it on the internet.

studies show that trolls commonly have these traits: narcissism, machiavelianism ( manipulating others ), and sadism, know as the ‘dark tetard’ by psychologists. you can read more about it on the internet.

So trolls are politicians then

interestingly yes, trolls have these traits in common with politicians, powerful CEOs, and serial killers, from what I recall.