Hi All,
I’m planning to make following project. Imagine one plane with one image (face). the plane would be subdivided in several faces (lets say 10x10). The animation would be that slowly would move 1 fase with only part of corresponding image (eye), then another one…etc.
Just imagine that in the attached plane is one image…
I can do that with making plane, subdivide it and then make as a separate object each face, map corresponding image to each face…very very lot of work. Is there not some easyer way?
thank you in advance. 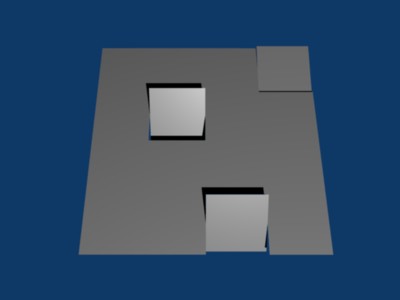 If you want the plane mesh to change shape over time, then you want to use shape keys. For example, if you want it flat at frame 1 and then bended like your picture at frame 50, you would have two shape keys. See wiki on Shape Keys under basic animation. The plane would be one object with many faces.

excellent - many many thanks…