i dont want to create the ear separatly and try to attach it to the ear, its a pain, is there a better way like modeling the ear from the head?

make a copy of your mesh, and sculpt an ear onto that copy. you can move it to another layer, but don’t move it from it’s position in the 3D window. then delete the vertexes from the ear area of your original object, and use retopo / surface snapping to construct an ear, using the sculpted mesh as a base on which to retopo.

i need a video or tutorial to see exactly what you are talking about, im only a beginner(sort of) lol

to do it this way you need to know the following things:
duplicate ( shift D )
move to layer ( M )
sculpting
and retopo / surface snapping.
information on these procedures can be found by googling for: blender sculpting, and: blender retopo, and: blender surface snapping.
I would also suggest doing some research into proper topology, before getting too far into the retopo stage.

okay i will do some more research on retopology, but just to make sure, there isnt a more basic way to do this same procedure without sculpting or retopology?

I had done a kind of pictorial tut long time ago. That was made in Silo, but everything translates to Blender.
Note, Silo’s Extrude + Inset = Blender’s Inset

It might help, although I’m pretty sure you can find better tutorials out there. 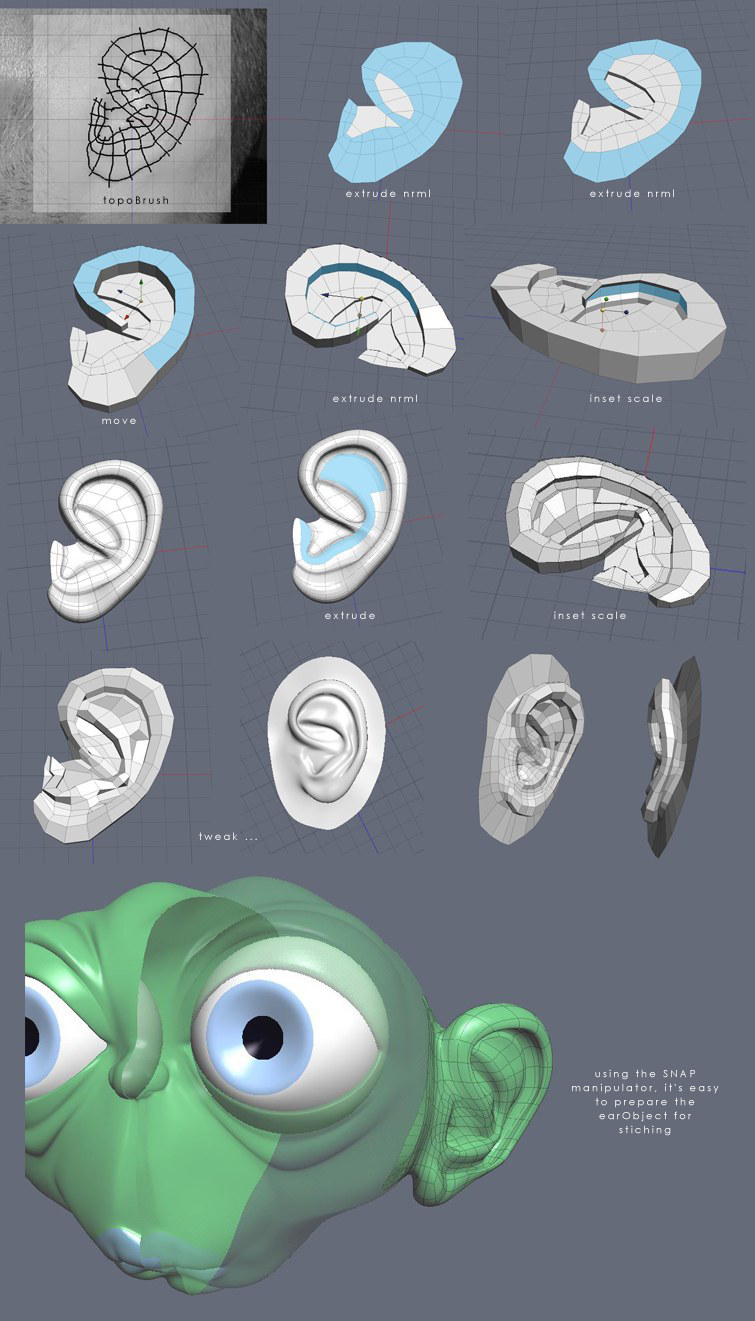 @orange do you have a hole in the side of the head for the ear or did you just move the ear to the closed head so it just snapped? 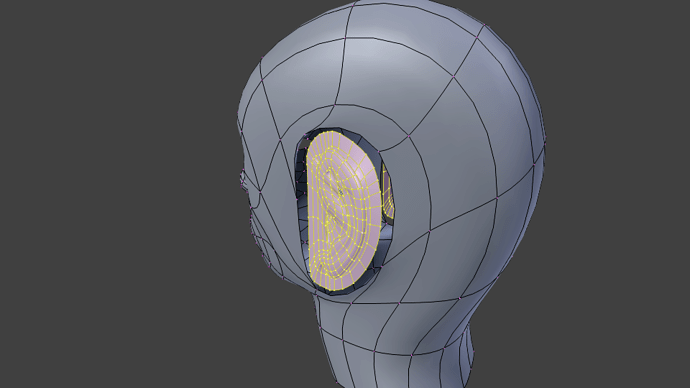 see this is the problem i have, i modeled the ear separately and tried to attach it to the head but the amount of vertices dont arent matched which makes it impossible.

Moved it colse to the side of the head and used SufraceSnapping to snap those loops to the skull.
Then you just delete necessary faces on the skull and stitch the 2 together. Not a big deal if you know what you’re doing.

You can use sculpt tools for large scale tweaking.

edit:
The topology you got for the head is way low poly. That’s not really gonna work.
Just look for examples of topology for heads/busts you can find on the net. Pick the models that appeal to you, and study how topology supports forms. Try replicating it.

It is a 2 tier beast: you have to deal with topology; and forms. Both at the same time. And you can’t get one without the other.

That’s why I usually recommend people take up Sculpting first, especially using Dyntopo. In the Dyntopo Sculpting environment you’re dealing just with forms. I believe it’s a shorter way at getting good creating something in 3D as it’s not as technical. If you’re not super talented, it’s still gonna take quite a bit of time.
Along sculpting do some regular hard surface modeling, this will develop your sense for topology.
This way you can develop them both simultaneously. Once you get to like your sculpts, you’ll have your hard surface developed by that time, which means you’ll be ready for retopo. 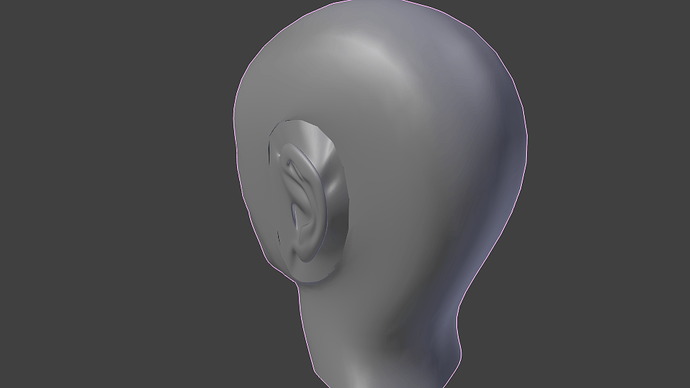 Edit: thanks for that, i will have to take a step back and do more research

You have a detailed ear, and a simplified head. It’s not going to go together smoothly without an abundance of triangles patching it together. I would recommend opting for a simplified ear.
(edit) or making the head more high poly.

also, your topology should flow with the contours of your features, trying to keep the polygons more regular, and net-like…you should have continuous edge loops around the ears, eyes, and mouth, more like so: 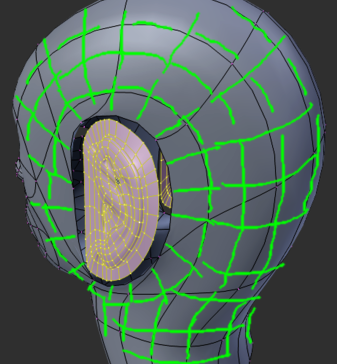 Dunno how to say it but…

No, I’m serious. There are “plenty of equally-plausible ways” to model anything. And-d-d-d… there are no absolutes.

Pragmatically speaking, the audience is going to encounter your model (tah-dahhh!!) for only the briefest of times, and only with the most-passing of fancy.

(Let the record show that Star Wars Episode 1 shipped to thousands of theaters worldwide(!) with a “podracer crowd” that actually consisted of … colored Q-Tips™.)

Ergo … I-f you rightfully conclude that “okay, it’s an ear” is good enough to sell the shot, then spend no more time on it. If you judge that it is “good enough for peace work,” then … move along.

@@Modron okay how would you create a low poly ear?

It depends on the style you want, but imo, you should start by sculpting a high poly ear, position it where you want your low poly one to be, and use retopo / surface snapping to extrude new vertexes from your original mesh, over the form of your high poly ear. however, with a mesh as low poly as yours to start from, there could be difficulties. an ear is a complex shape, so it’s hard to make with so few vertexes. If your ear is super simplified, it won’t be as much of an issue. But how you choose to simplify the form is a stylistic consideration, so I can’t be of much help there. You can look at how others have done it though. Pixar, for example, has a fairly distinctive ear style for it’s cartoony characters, which is highly simplified.

@@Modron oh that makes a lot of sense, so i have to find a preference for how i want to make my ears look, and at the same time find a simple strategy for them?

it’s always a good idea to plan. a sketch should always be the 1st order of business, imo.

There should be a sticky called ‘How do I model this?’ and Orange’s one picture ‘how to model an ear’ should definitely be put in it.

All the great advice already provided not withstanding, here’s a short series of tutorials for modeling a head and an ear, then attaching them. The tutorial for the ear itself is about 15 minutes long and shows how to do it with a reference photo.