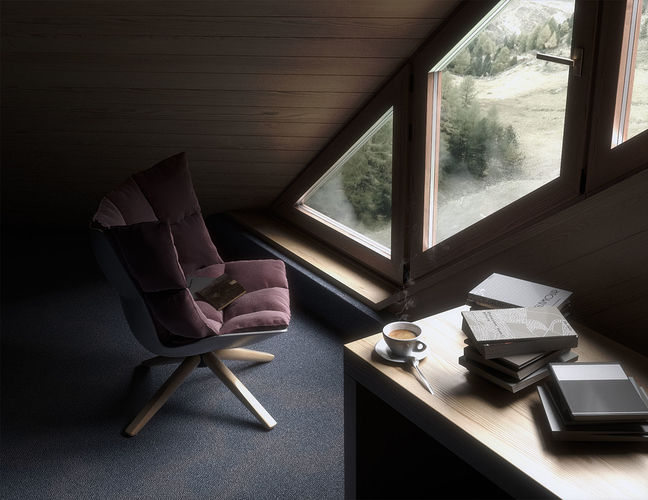 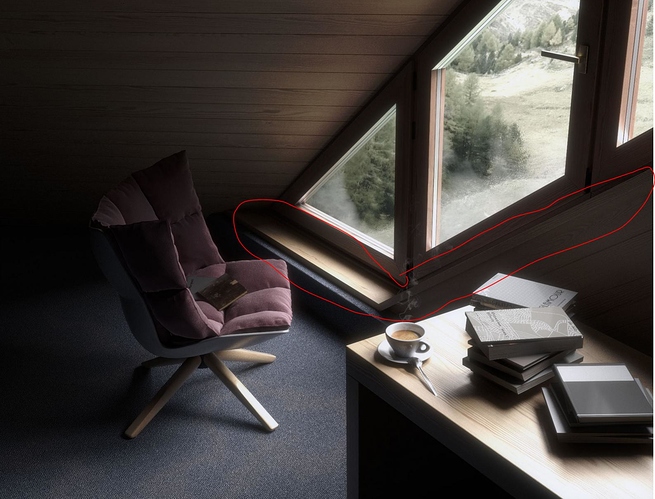 There is something seriously weird going on here with the perspective. It might be an optical illusion but it looks like an impossible shape. My eye treats the top row of the windows at an angle to everything else.

Otherwise its a really great cozy piece. Love the lighting.

Ahahaha an unexpected optical illusion!! It is obviously not the main purpose of the image and it is probably due to the bounce light from the books which flatten the window border on the upper right side of the frame.

I don;t know i don’t see it (being impossible)…

Indeed relaxing it is. Good job and make more images like this.

Haha. I saw something which I felt was impossible, but it’s not the the border. I look at the handle on the window and expect the window to swing inward…only there it a ceiling in the way…

All in all though, I think this is a great render. I would love to have a place like that where I could go to read in peace.

Inspiration came to me from a shot I personally take in a residence in the Dolomiti mountains in Italy (see attachment). Windows open with a “vasistas” gear so they don’t hit the ceiling. 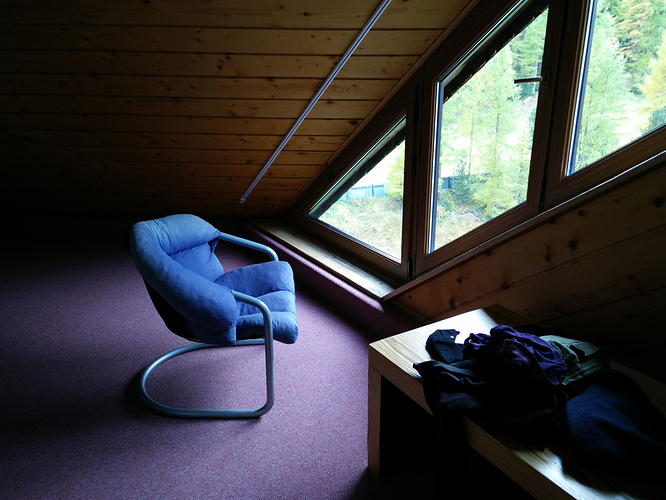 What is the name of the chair in the first image? You see it everywhere and I’m curious to know who designed it!

Wow, this is one of the most photorealistic renders I’ve ever seen!
Is the background an image?

Yes the background is an actual image