Radial gradient past one revolution?

Just playing around with some texture stuff, and it seems I can do some rudimentary polar mapping stuff with this node setup: 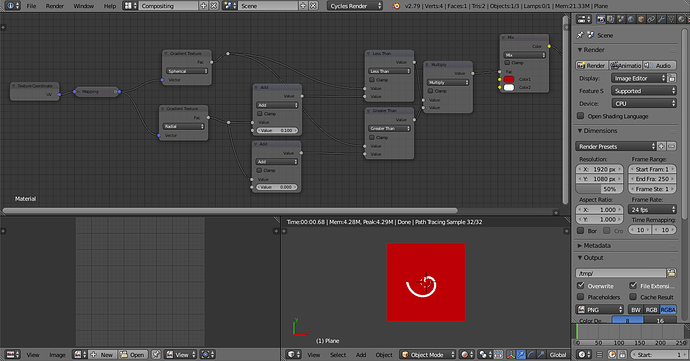 The example there produces a basic spiral, which is kind of neat. But it doesn’t go past one revolution. (360° or 2π depending on which way you want to describe it.) Was wondering if anyone figured out a particular trick to get past this limitation of the radial gradient?

Here is a simple setup to continue the spiral. 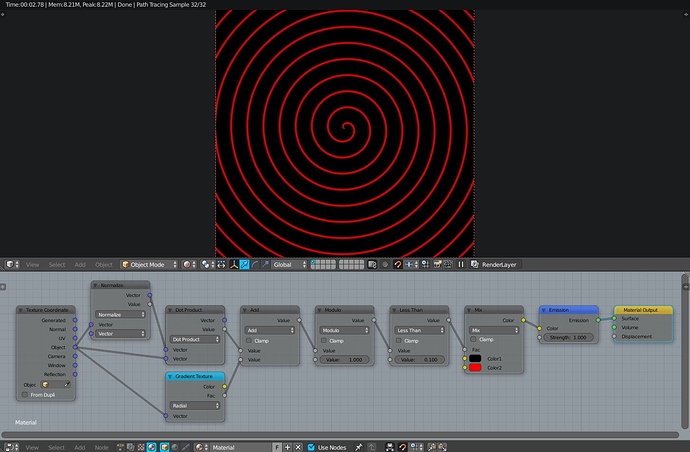 Spiral.JPG1455×954 133 KB
There are other ways to do this, but that would depend on what you are trying to achieve.

got a sample file for last one
is there some size for it cause I don’t get same results !

Ah, yes, sorry. It is 16x16 units.
ProcSpiral.blend (477.6 KB)
You could either use the vector mapping node to change the scale, or multiply the result of the dot product node to increase turns.

if I render your file set up it shows ok

any idea if there are other parameters necessary ?

There are no extra parameters.
It uses the object origin as the origin for the spiral and it works in the XY plane.
If this does not help, could you perhaps share a screenshot of what you’re doing?

This is pretty neat. I was wondering how that worked, because it seems like a kind of building block for some other things or effects. Didn’t think of doing it with the vector math stuff. (Perhaps because I still get too easily confused by those. Yet I’ve separated the xyz and done other math stuff before combining which probably does about the same.)

I’m thinking about having an “x” and “y” that effectively follows the space of the blocked out color that makes up the spiral. Now think of some of the quirky and interesting texture stuff that can be done with that.

Also 1/x into the modulo changes the number of the “spiral arms”. At least one more interesting and possibly useful quirk to the layout posted by PyBlend. 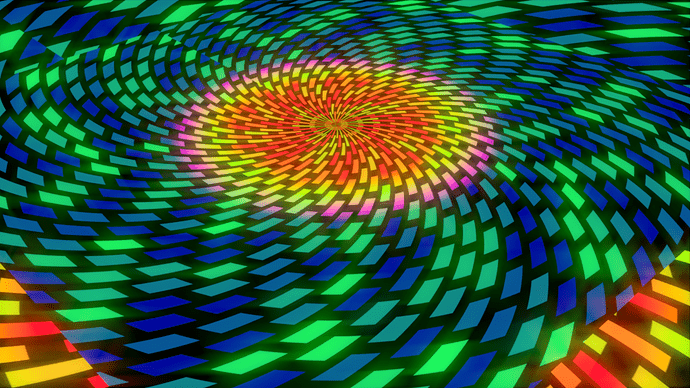 in the new file I did a Ctrl-A for Rot and scale
and it changes the offset somehow !
not certain why it does that !

object coordi starts from the center of the OB
so applying the Scale and Rot should not really change anything !
strange

Changing scale and rotation will actually change the object’s local coordinate system, which the object output of the Texture Coordinate node is based on.
Example: 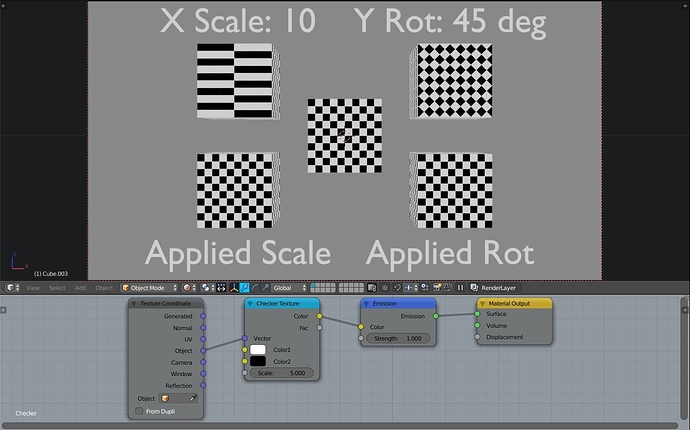 Threw this one together: 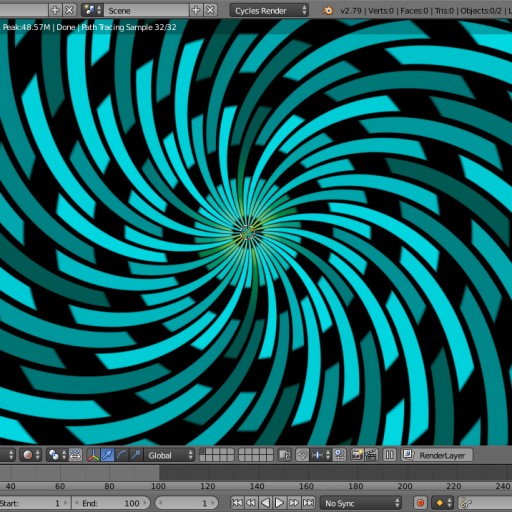 A .blend containing a custom node group for procedural spirals. Takes a vector input such as that of texture coordinates, and then spiralizes the output. Has one output for vector to drive textures, and another factor output for controlling gradients...

Still not sure if it’s 100% right, but thought it might be useful. Basically using the ideas here to warp the texture coordinates, and getting most of the useful stuff into a tidy node group.

There’s also another recent Blendswap upload along the same lines (didn’t look into recent uploads until after posting mine), but it just outputs a contrasting texture.

Bricks&Tricks (iirc) has such a nodegroup as part of the addon. Not sure if the addon is 2.80 compatible yet though. Not sure about the complexity inside, but I think synaGlows (another one) version might be too heavy for Eevee.

It’s been a while, so I forgot about that one. But yeah it (Bricks & Tricks) has some variation of the idea too. (Might have to revisit it, see what things it does differently and possibly more efficiently.)

Still a spiral-specific node group may be neat, if it can be well parameter-ized, and possibly idiot-proofed. (Specially when dealing with particular idiots like myself.)

Also it seems sub-features of other stuff doesn’t always come up in searches, so there may be some more oversight/redundancy there.

Not sure if the addon is 2.80 compatible yet though.

Unfortunatly it doesn’t work correctly in 2.8 (depsgraph and Eevee are missing logic to deal with these nodes). Though a patch is on the way

I can say that in my tests, Bricks&Tricks is working good with Eevee.