I tried to reproduce something like it in Blender. Just a plane for the muddy water, another with some topology for the terrain (with a clone mirrored up) set up with hairs from a single “tree” object. Lighting setup is a sun lamp influencing the sky and raytraced ambient occlusion.

perhaps I’ll work on it a bit more to make some finished image and add some color variation. 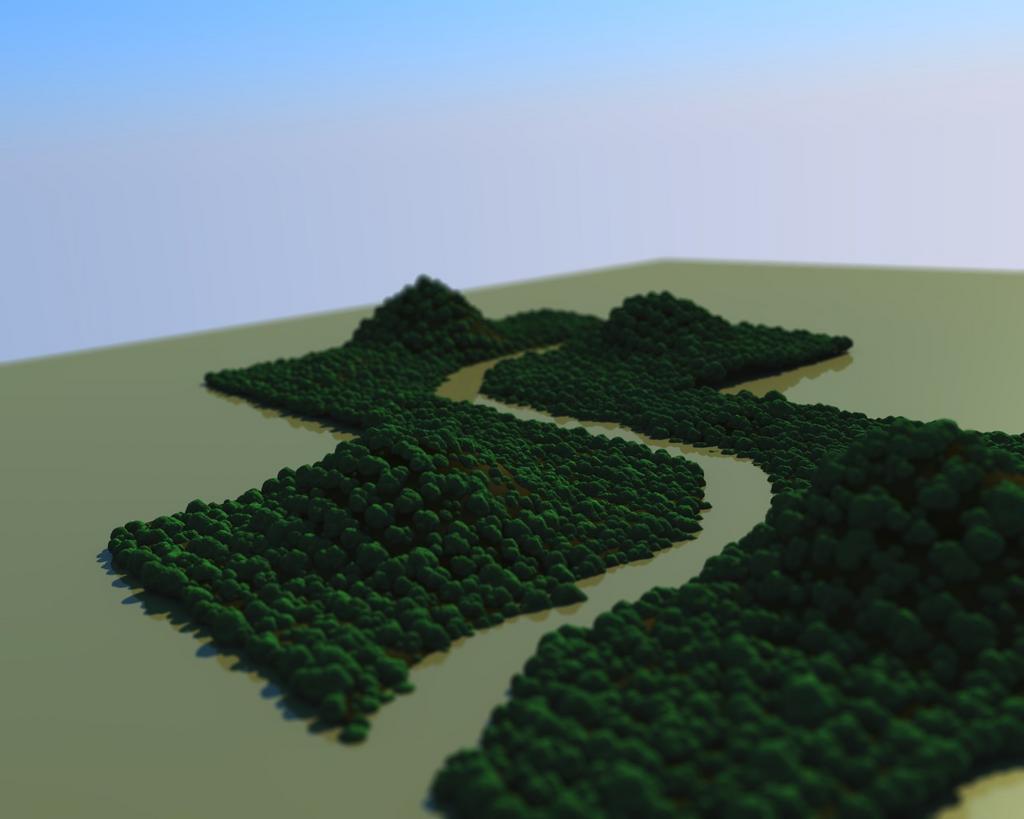 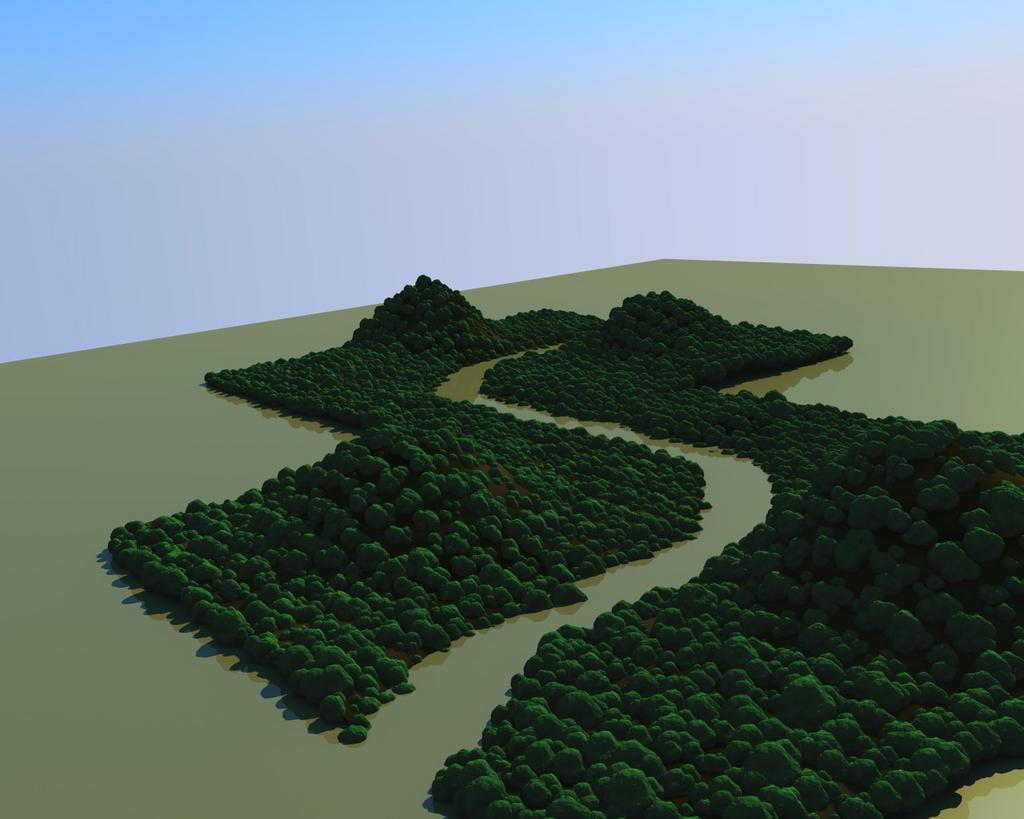 it looks interesting. I like the defocus on the first. And the trees look nice too.
I don’t understand if you 've used particle instancing…

thanks. I thought the defocus was a bit too much, giving it a small scale look, but still nice.

The defocus makes it look miniature, I think the one without looks better. Nice job all around though.

needs some more ambient light.
if you’re already using AO, crank it up. if you’re not, add a hemi lamp, give it a slight blue tint.
don’t even think of using defocus, unless you’re going for a tilt-shift look
the tree meshes need work, they look like displaced spheres–i suspect they are

rain forest is really dense, work on that.
hope you don’t mind some critiques

This is of great interest to me. It looks great. However, I don’t understand how to create it. Can you elaborate? Thanks.

spacetug, thanks for the critique. There is some hue tint already in the ambient occlusion: it’s using the sky colors. Very slight, perhaps I’ll crank it up after all. Almost a displaced sphere: an sculpted multires box.

longd0g, like I said:
I took a plane, subdivided it, sculpted it a bit to add some ridges and depressions, then got to the particle system (somewhere in F7) and added a “hair” particle system. There are about 1200 particles, each particle being an instance of a mesh I created to look like tops of tropical trees – it also uses a cloud texture in the normal channel to give it a look of dense foliage. To make the hair particle system use the mesh, change Visualization to Object and put the name of the mesh object to use. Then, pump up a bit the Normal setting in the particle system to make the particles grow, play with rotation and add some brownian motion too. It’s truly easy, just require some toying around…

I like it, perhaps some variation of tree objects to select from and additional texture on the tree surface to break them up. Also some variation of colour, in patches (global) would help. Would an animation take long to render?