Welcome to my sketchbook. Hope you enjoy yourself. 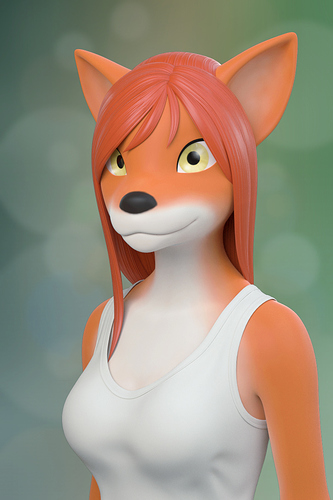 A head. Practicing modeling a head. Modeled using box modeling. I had problem with the eyes. I tried using a sphere but it appears that the eye is bulging out. Used lattice to deform eyeball. Not really happy with it so I’m going to try other ways. 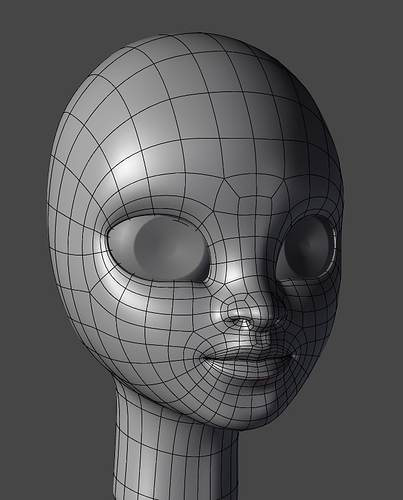 That’s some impressive modeling you have there. I’m curious to see how this will eventually turn out. If you’re going for a NPR (non photo-realistic) cartoony kind of look, then you can try extruding the eye sockets inwards, shading them a shadeless material, and then putting a plane on the inside and giving the plane an eye texture. That’s what I would do at least, although if you’re trying to aim for a more complex kind of 3d style shading, then it probably won’t be as effective.

I’m aiming for the 3D though, I think, that kind of eye would also work. I have seen 3D renders of ‘flat’ eyes and it also looks good. Would try making a character with this kind of eye. Maybe next sketch?

Though, I have no intention of bringing this model to a ‘complete’ state. I just made this as an exercise or practice in modeling. Just trying out ideas. Your interest though give me an incentive to bring this to a more complete form. Wish me luck.

Another head. This is the same earlier head model with some modifications. I use a truly spherical eyeball and adjust the form to of the head to conform. I think I’m successful in utilizing the spherical eyeball this time. 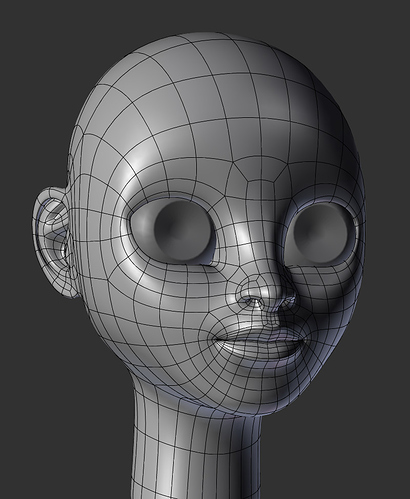 Now, added hair and a simple render of the female head. Ears are hidden. Oh well. 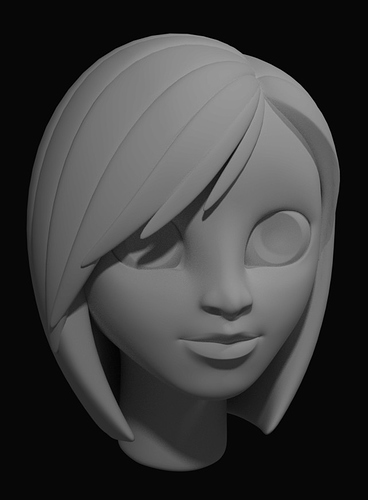 Learned a lot from this sketch, especially the eye, ears and hair. On to a new sketch.

Well, just have nothing to do and decided to create a simple model… but what? Well a pot would do. 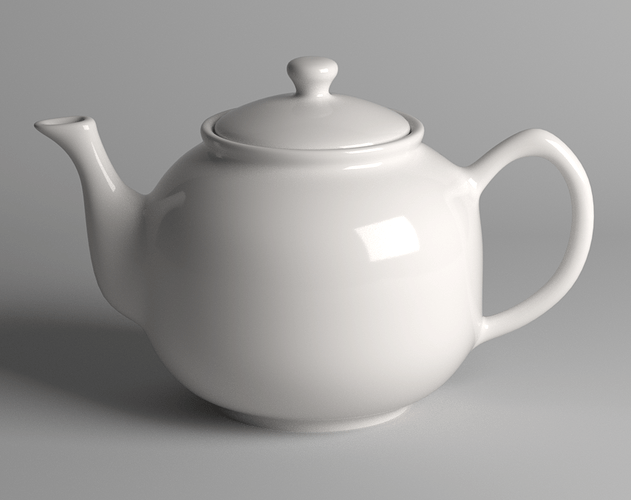 A female furry in white shirt.

If you’re going to do furries, I would keep them done in a tasteful fashion like the one above and not try to emulate what certain other people (out there on the internet) do with the subject. She does look pretty good though even without the Blender hair system.

You seem to be getting pretty decent with basic character modeling as well, can’t see much in the way of topological flaws.

Thanks. And I’m doing those. I’m into furries for being cute (Mickey Mouse or Doraemon) or awesome (like Kung Fu Panda and Rango) or both (Zootopia and Sonic the Hedgehog). Maybe because many of my favorite characters are mostly anthropomorphic animals or like something that: Tai Lung (Kung Fu Panda), Tony Tony Chopper (One Piece), Bowser (Super Mario Bros.) and Lucario (Pokémon franchise). In fact, my first (and horrible) efforts are me trying to make a 3D model of them.

…and I kinda ramble on there, but I just want to emphasize that I would not be doing those kind of works. Well, maybe something sexy like a pinups but not downright p*rn.

And I’m working on another furry character. This time its cutesy.

The hair is actually the one that I work a lot here. I had redone it many times so that I could just get it to look right. I’m going to try particles one day. Maybe I’ll try it in my current project. Any advice on how to do hair? I had tried it before but it is somewhat difficult to use. I often get frustrated with it.

And thanks for reviewing my topology. I worked rather hard and study a lot about topology. It is good to see it bearing fruit and acknowledged. Thanks.

As far as I know, the best way to do hair is to just paint it on using the particle mode and then flesh it out by activating child particles (also making use of vertex groups to control aspects like distribution).

This being based on experience anyway (from the beagle I modeled for a recent scene), I’m no expert at it like those who work on the Open Movies.