Heiya everyone!
After a couple of weeks spent on tweaking every details, I can finally call done my latest project:
R.A.M. : Random Access Memory 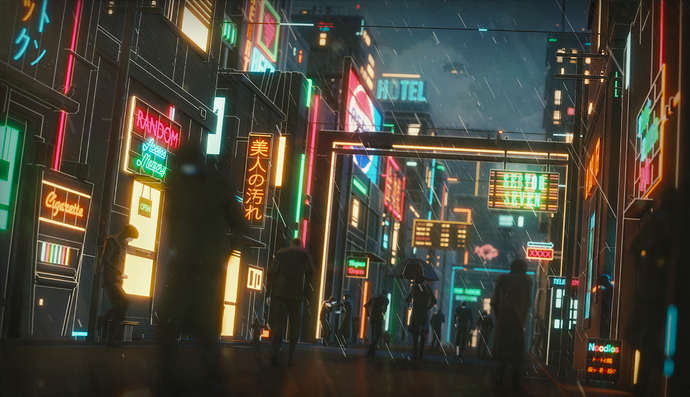 It’s no hard to guess that this one is inspired after things such as Blade Runner (movie) and The Last Night (videogame) and the others sci-fi/futuristic art you can think about ; )

It took me 2-3 days to model up the scene from scratch and roughly the same amount of time to set up a decent light setup. It was rendered in Cycles at 4k resolution at 1000 samples (probably I’ve over-killed it, since it was already fine around 500 samples .-.) and took about 20min on a 970 GTX.

Here it is an AO render of the scene in which you can actually see so more hidden details that eventually ended up being really blurried and out of focus. 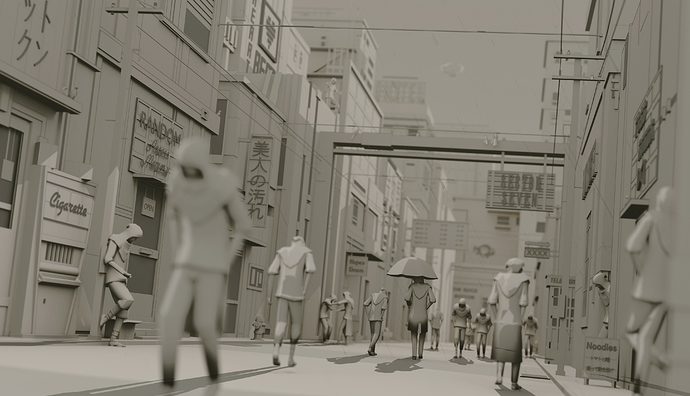 C&C are welcome as usual,
and thanls for taking a look at my work!

Really nice man… I liked the lights… probably few rain drops on the camera would be nice.

One thing I would add, which is pretty easy to do, are puddles on the ground (but I think it should stay untextured). That way it would make more sense with the rain and you could get some awesome reflections of the rest of the scene.