I’m working on a new project, a poster for a non-existent film noir movie in a raygun gothic setting. I’ve just about finished the character that will be the focus of the composition, a 50s style robot that will be leaning against a brick wall and holding a suitably futuristic-looking pistol. 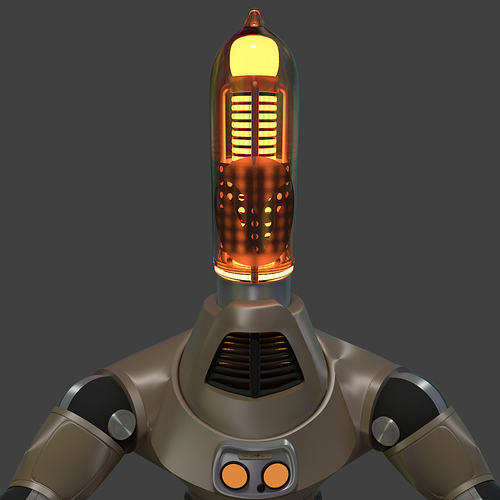 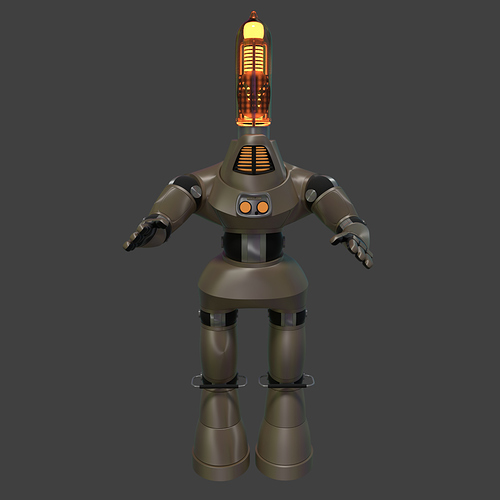 To do: rigging and posing the character, modeling the environment (a sci-fi city block), modeling other characters to overlay the composition, and modeling the film’s logo. I’d be interested in any feedback along the way.