Hello Forum,
Looking for someone to point me in the right direction here, I am working on making a video of my grandmothers entire life, she is now 90 yrs old - During her life she painted a “Fairy Tale Mural” that includes 85 fairy tales. I am desiring to animate some of the fairy tales, during the video as I come to that aspect of her life.

I’m thinking of animating five or six portions of her artwork, the Three Little Pigs, Cinderella, Aladdin - These would be simple 3 to 5 second clips each, the third little pig waving from his brick house, Aladdin throwing coins in the air or rubbing the magic lamp, Cinderella’s pumpkin coach driving away. The attempt would be to make her artwork in the mural she painted over a 12 year span come alive to some extent with simple animations and movements.

Could someone give me some suggestions based on what I’m attempting to accomplish? I tried to upload an image of the fairy tale mural but I don’t have permission to do so. The actual size of the mural is 8’ by 12’.
Thx for your time,
John Francis 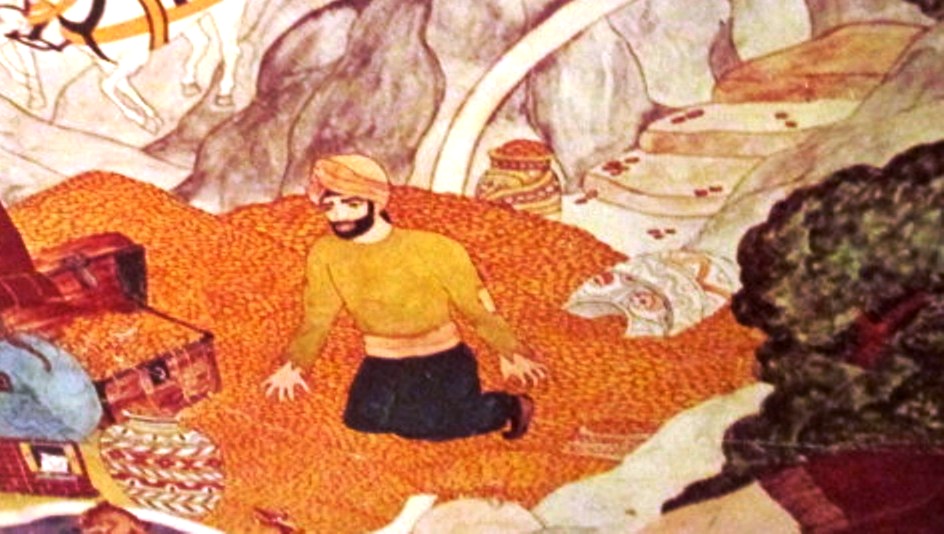 Corky (38)aaa.JPG944×534 133 KB
This is a photo of one of the scene’s I am attempting to animate - which would be Aladdin throwing coins into the air with both hands. The question would be can a non-experienced Blender user, learn enough in order to be able to do this type of animated action scene? This is going to be just a part in her memorial video I will be putting together of her life’s story.

Thanks alot Paul, I was able to download it, maybe I can learn from what you have put together for me.

Big project, lots of possibilities. Blender is certainly up to the job, AnimePro 9.5 would also work, as this is essentially a 2D panorama. Take a single character into your paint program (Photoshop, Gimp) and make layers of the entire scene, the character and the components that you want to move, an arm, etc. Reconstruct the background image so that you can move the element on top and not display gaps. Bring the assets into the animation program of choice, apply simple bones to the moveable objects, or just rotate them individually. Key frame and render out the sequence.

I have put together a small sample. More time, more quality. This is just a simple demo, using Photoshop (could have been Gimp) and Blender, just using adjusted pivots and simple LocRot Keyframes. I did not include the actual rendered frames in the ZIP, as it got way huge, so you will have to re-render them if you want to see the “comp” file actually work. It doesn’t seem to want me to upload .zip or .7z files, so I have posted it to a folder on my site with a download link below, along with the short video, inside. I have included the simple animation as a reference. Remember, better quality in the original images, more time, better quality in the final.
Best to you.
Paul
http://www.hartworks.net/blender/aladdin.7z