"Reaching Through The Screen!" - Live/CGI/Tracking/Greenscreen

This week’s video on the zachrodgerschannel is kinda fun! It involves me reaching outside the YouTube video box and interacting with the webpage. 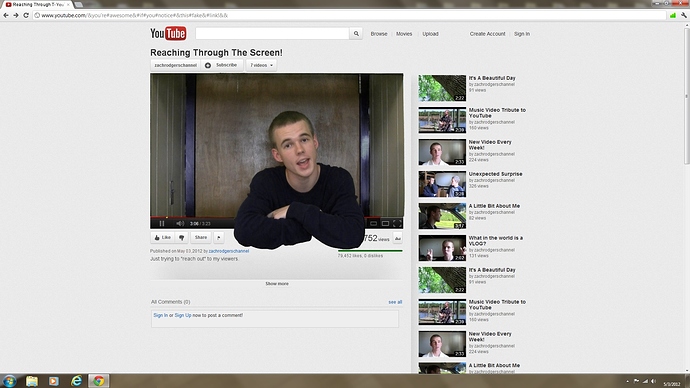 There are two VFX shots done in Blender… 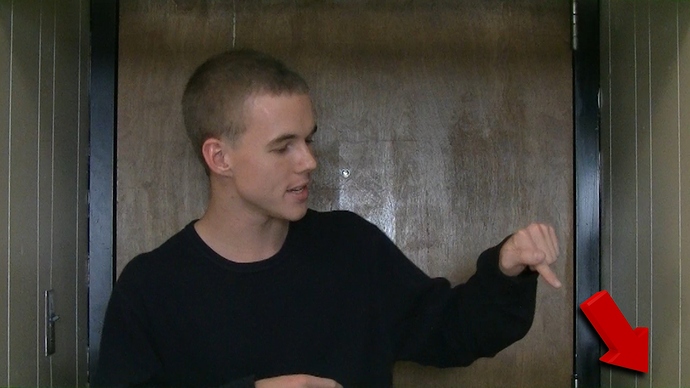 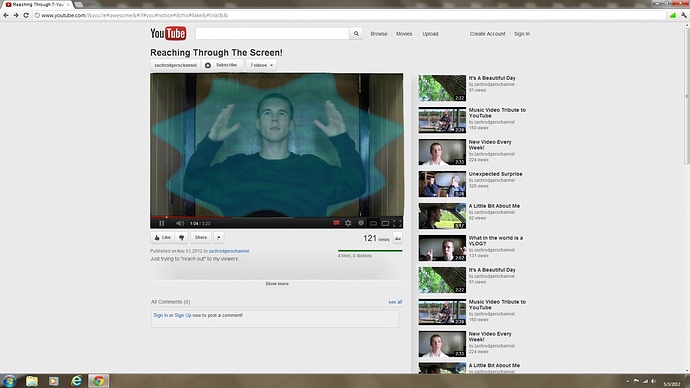 I would love if you guys could take a look.
And I’m open to questions, comments, crits etc.
Have a nice day! 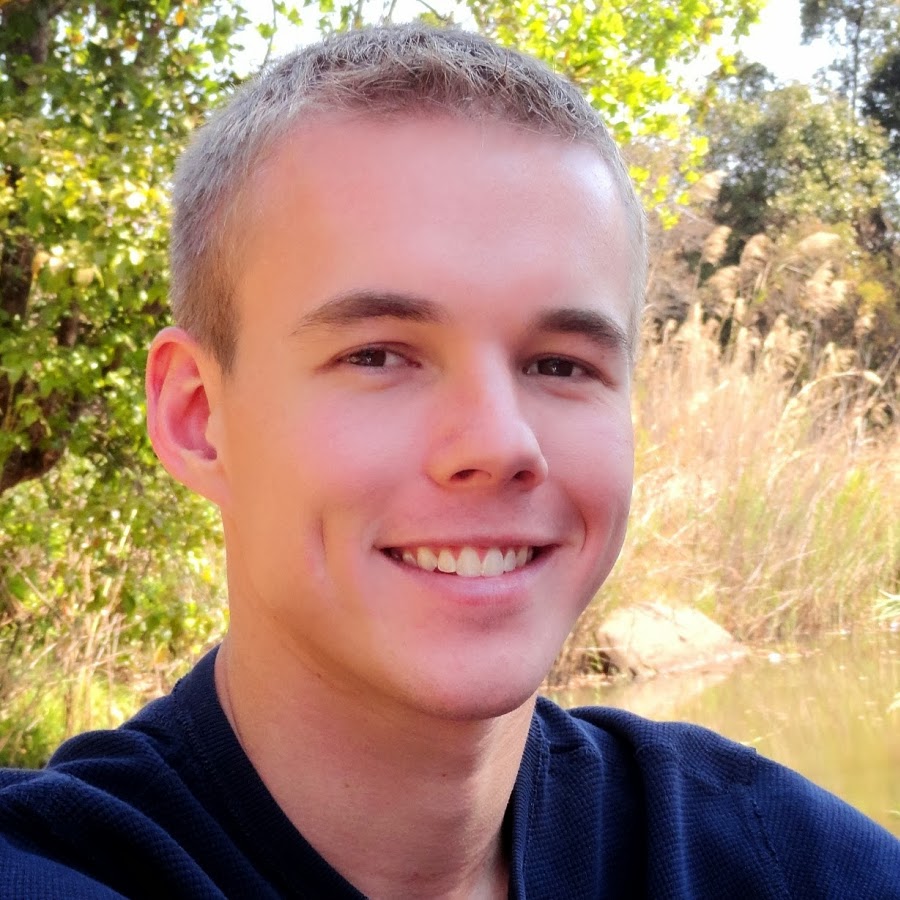 Cool vid! When you reached out of the frame, I felt… violated somehow, haha

This was a lot more focused than before, nice! I hope my earlier critique wasn’t too harsh though.

Thanks everyone for the kind comments! You guys are so encouraging

Ben_Lind: at first I couldn’t recall a previous comment that you had made, so I checked on my last thread and noticed that you had said something there at the end. I never saw it before, so that was new to me. But regarding your previous comment, I completely agree with you. I’ve had friends tell me the same exact things, and so I’ve been trying to follow that advice now :yes: Thanks a lot for the constructive criticism, I really appreciate that.

Good idea and better concretization. That was nice.

dfwlucas: yeah, i knew that would end up happening to people who weren’t running windows 7 with chrome

i guess I could have cropped the top and bottom bars so that it could work for any browser and any system, but I wanted it to have a normal looking screen effect. Oh well…

What sorcery is this?!
Post some pics or video of your green screen setup

As requested, here is how I created this video…
Prepare for a long and complicated explanation :spin:

First, I needed a screenshot of YouTube which would act as the background replacing the green screen in the video. So I took a screenshot of my previous week’s video.
However, I needed to edit the screenshot so that it would look exactly how the YouTube page will really look like once I actually upload the video… 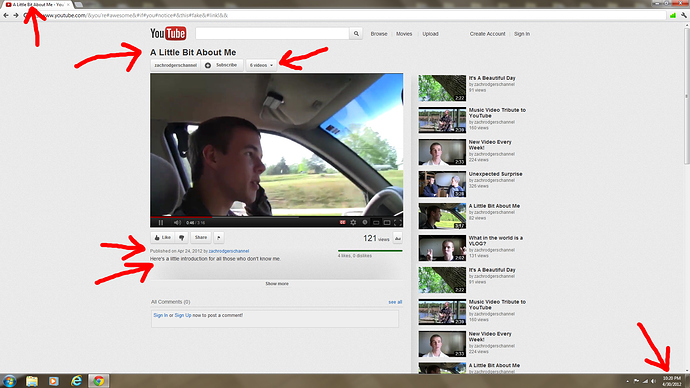 As the arrows show, I needed to edit the following information. The screenshot shows what the page looked like for last weeks video, however I needed it to look like the future page.
So I used GIMP to edit the two titles (from “A Little Bit About Me” to “Reaching Through The Screen!”), the video count (from 6 to 7), the date published (from April 24 to May 03), the video description, and the likes and views. I also edited the date and time at the bottom right hand corner of the Win 7 Screen. I left the date as 5/3/2012 to keep the publication date. And I just took the time out since people would most likely not be watching the video at the specific time that I took the screenshot 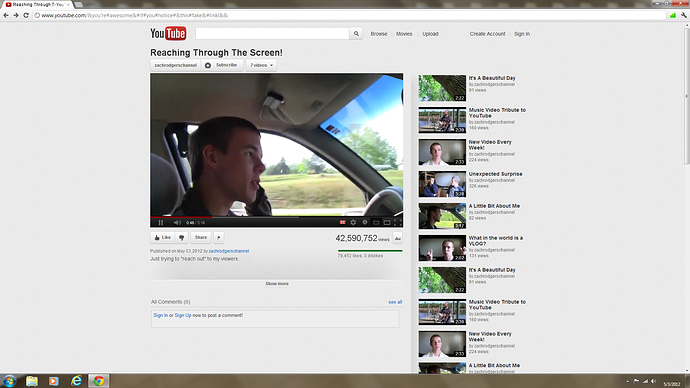 Once I had the background picture set up, I was ready to set up the green screen… 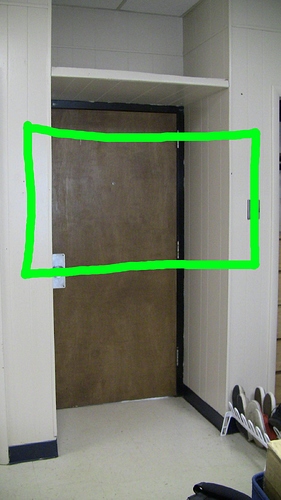 So once the camera is setup, the shot looks like this… 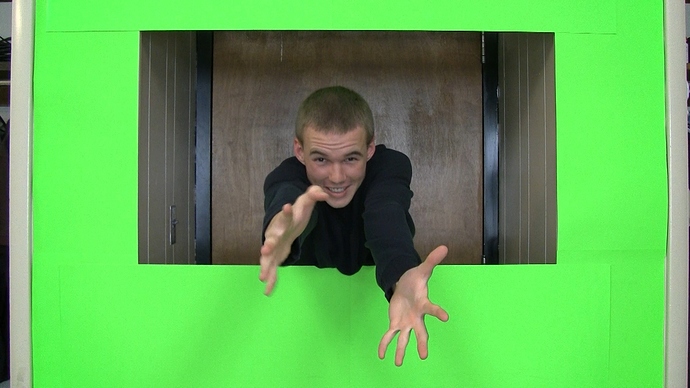 Then, in Adobe Premiere Elements 10, I put the video above the YouTube Background Image. Then you have to scale down, crop, and resize the video to fit where the YouTube video would go. 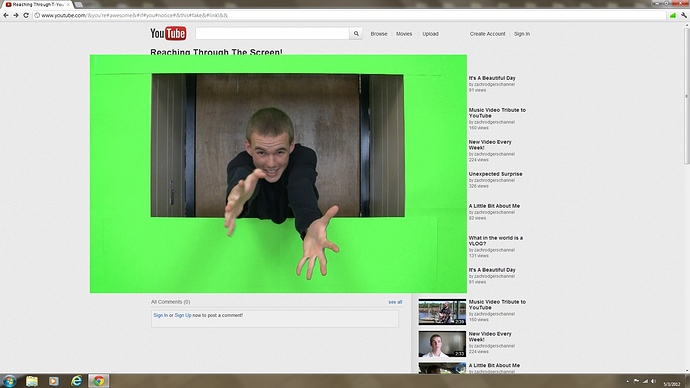 Then you key out the green using the green screen effect. 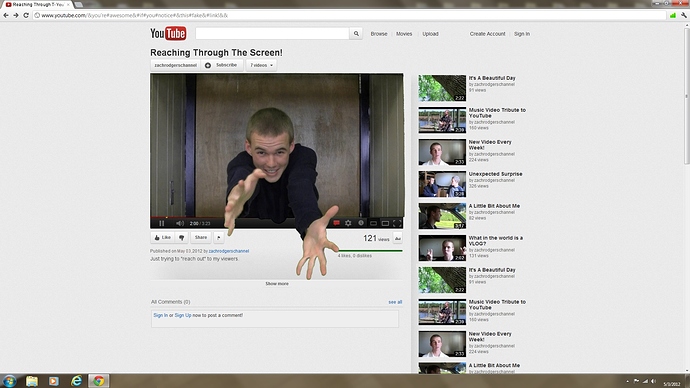 And voila, you have your shot

Oh, and when setting up the camera, you have to be REALLY precise. You want the edges of the green screen to be perfectly straight up and across so that it matches the YouTube video box.

Something else I did to put the cherry on top, was make it so that the timer and red bar actually move during the video. Because remember, the background is just a still image. Therefore, if you just leave the shot as is, then the red bar on the video player won’t move, and the timer will remain stagnant.

To fix this, I downloaded a free screen capture software called WM Capture 6. (Others work well too, such as CamStudio). WM Capture 6 captures MUCH higher quality video than CamStudio does. However, the downside is that you can only record 2 min of video at a time.

I knew that my final video would be 3:23. So I looked for a video on YouTube that was 3 minutes and 23 seconds long, and I screen captured the whole video as it played through.
Then I cropped the video in Premiere so that I only had the bar and timer showing

Then I placed that in between the green screen video footage and the YouTube background picture so that I would have a working red bar and timer :yes:

That’s pretty much it.
Oh, for the greenscreen, I just went to this art store called Michael’s and bought some green chrome paper. 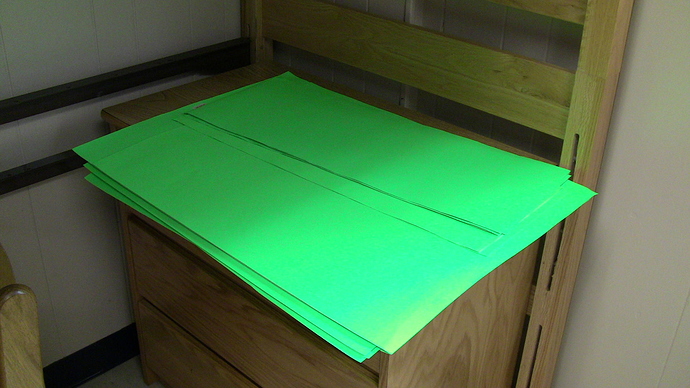 Each piece was pretty big and only cost about 98 cents each. So this video only cost me about $10.