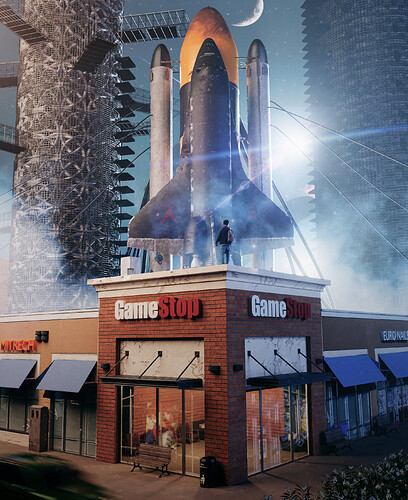 I decided to make an artwork that would tackle the recent events in which the GME stock (Game Stop) has skyrocketed due to WallStreetBets subreddit and its people. 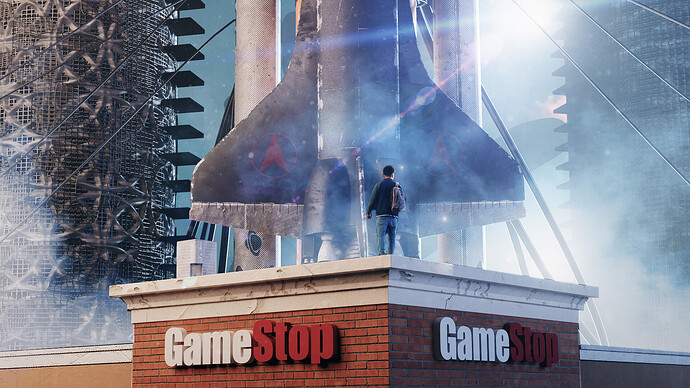 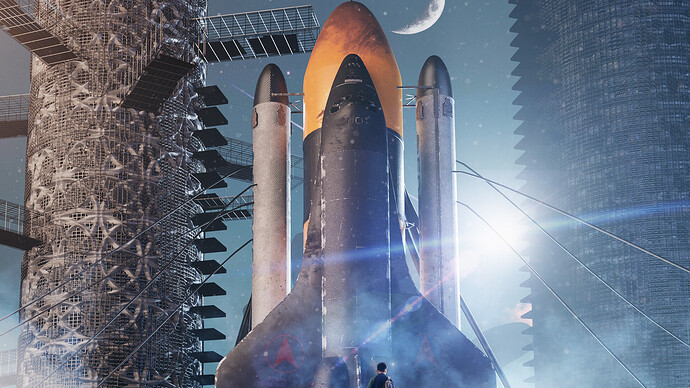 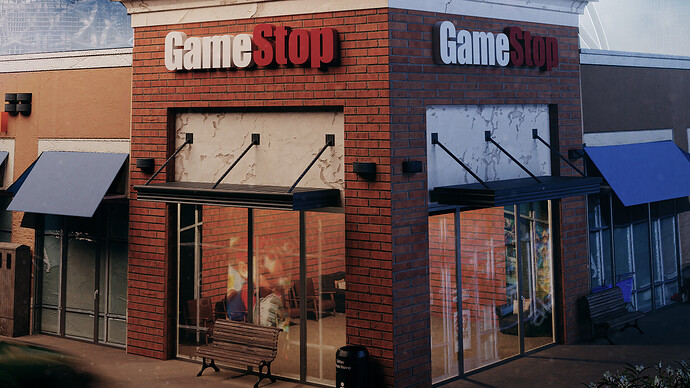 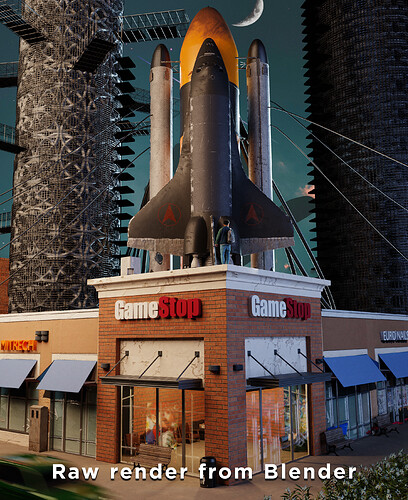 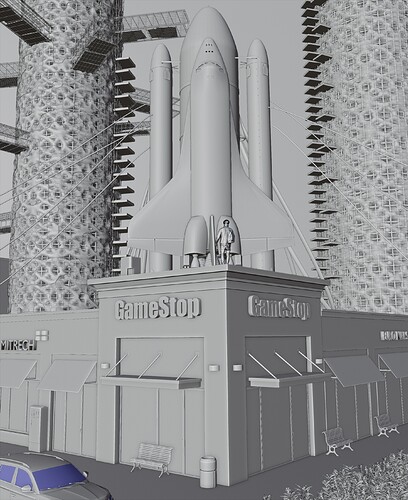 To the Moooooooon! lol - Nice work!

Thank you!
I lost some money with the whole hype and those brokers putting limitations in order to not be able to buy the stock and drive its price back down and this is my consolation for that

Thanks man! And please do so

I think you did an excellent job on a very smart topic. I think, like space flight

, people were pinning their hopes and dreams on the rally of the failing retail sector

to go up against big, bad, evil

Wall Street. It really looks like Main Street in Somewhere, Someplace. I think anyone who has been following the story will be able to relate to and love your image.

I thought this was the US

, but I guess now many places

have, had, or have had strip malls like this one. I’m guessing this is Europe? The only minor thing that I might change is the color of the Mitrech façade. Not that it isn’t realistic in terms of how strip malls are designed, but only that it visually separates the parts needlessly and that is not a key part to the image.

I suppose that’s the US. The bottom part of the image was literally done by recreating a strip mall image I got on Google, using the fSpy software. The textures of the buildings on the left and right are literally that image projected from camera view - you can actually see, on the right building, how the windows frame from the texture don’t match with my actual 3D window frames and I didn’t care about that since it’s sufficient to give you the impression you need.
The textures used on the Game Stop building are actual textures because I wanted crisp clarity since it was one of the main subjects of the photo.

The top part of the image, the space shuttle stuff, was as freestyle as it could’ve gotten. I knew I wanted an image with a game stop building and a space shuttle behind it, but that was pretty much all the planning I’ve done. Everything else was done just playing around.

As for that Mitrech thing, you’re right. That was a last minute addition to the scene and I only did that because Mitrech is the name of my firm and orange is my brand’s color (that’s why I insisted on the orange for the letters). Just an inoffensive way of adding a signature into the actual scene. 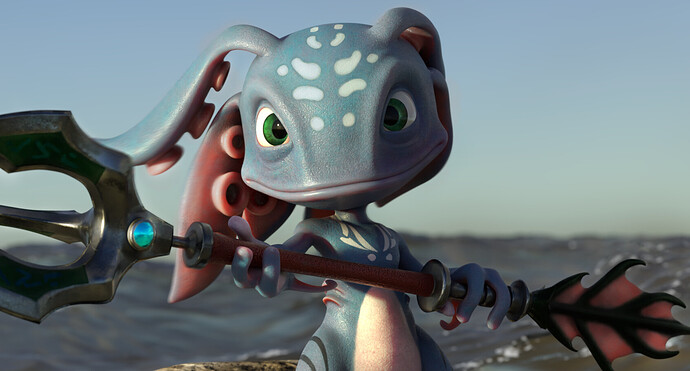 Thank you Bart! Always a pleasure.