Reflect but doesnt get shadow possible? 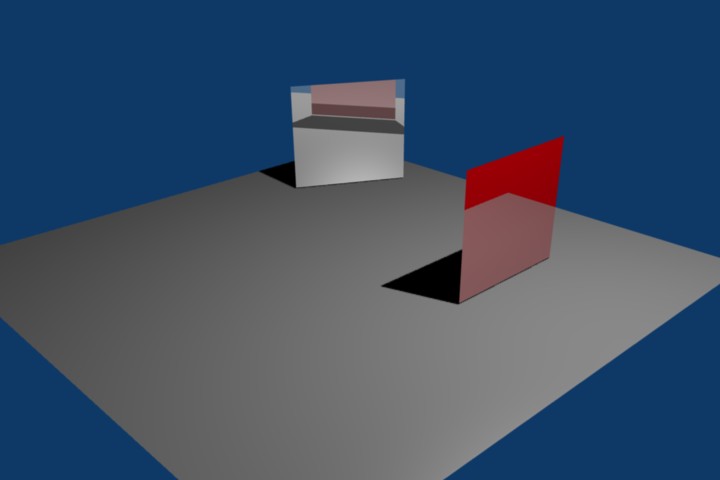 The first picture shows that the object is being reflected but it also gives a shadow which is what I don’t want. I googled it quick and found that other people have a bunch of the same problems. After some tweaking, I came up with this workaround, and I really hope this feature is implemented easier in future versions of Blender.

On layer one, have another lamp in the same spot as your first lamp, but have it set to have ray shadows. Make it in a light group called castshadow. On the object you want to be the mirror and cast shadows itself, set it to only receive shadows from your castshadow light group, and make it exclusive so that light group won’t affect the first object.

Your scene shouldn’t be illuminated much, so if you add a spotlight with a buffershadow, then it will cast a shadow on the scene, but not on your first object because you deselected buffershadows.

If you followed that explanation, then you’re a genius. I don’t think I could follow my own explanation, so I’ve attached a blend file and a picture of the finished image.

By the way, that square in the reflected red plane is another reflection of the mirror. 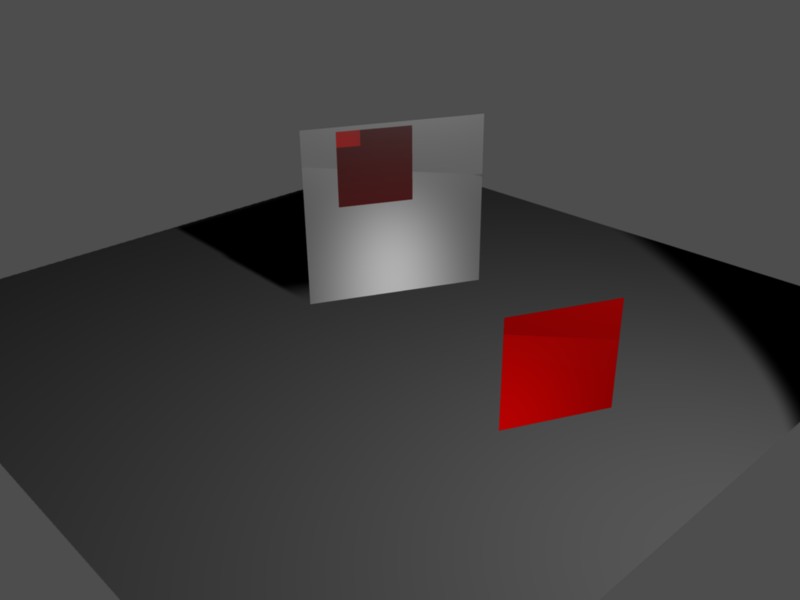 Is it possible to do it with a sunlight and not just a spot light. What I’m working on is on a huge scale compared to the examples I gave you. I dont like to show what I’m working on until its done but Ill explain the model. Theirs a glass orb covering moving parts inside of it but I want the glass to be able to be seen in any reflection in the scene but I want the light to pass through it, to reveal the moving parts inside. With the traceable turned off on the orb, I wont lie it looks fantastic and even better then I thought but I’m a perfectionist and it will bug me to know that any other reflective surface in the scene wont pick up the glass and just the moving parts inside.

I don’t think I can help you much more without actually being able to mess with it myself. I think you’re just going to have to play with lightgroups and settings. And you can use a sun instead of a spot, because it is shadowbuffered. Good luck with your project, and I can’t wait until it is done.

Thanks wehrdo!!! I was looking for this. Tore my hair out till I found the answer. And learned a new Blender trick in the process!

but then you loose all shadows!