I’m trying to add render layers together to output to my file(s).
Here’s a really basic view of what I’m talking about, just an example of course: 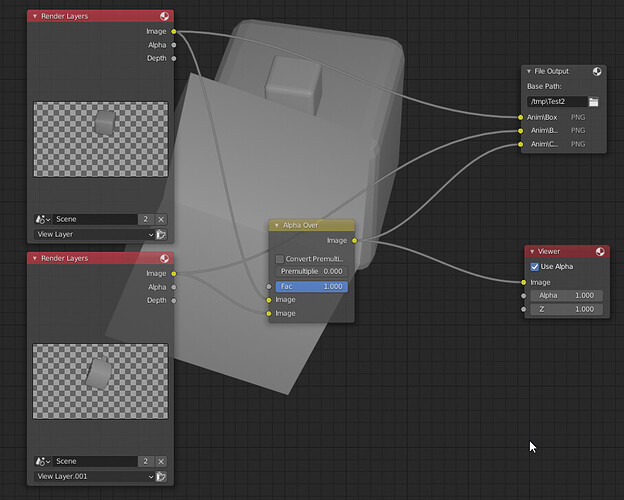 But it still seems to render the scene render as well. I can clear the output path there, but it still renders it.
So in this example, I get the render you would get if you have no compositor set up. Then it renders the top left node. Then it renders the bottom left node. And I deleted the composite node, so it Does them, but it doesn’t spend time in the render view.

My question is how do I not render whatever is set up outside of the compositor?
The trick I’m using now is to just create a new scene that is completely blank, then call up the render from there. But it still renders it. It’s just nothing so is very very fast. But if I’m doing something like a 12K render, that’s still taking up time and resources. And it also makes me thing that I just can’t find the option to turn it off. I don’t understand why I would be forced to do both and to use a workaround to render like that. So I feel like maybe I’m just missing something. Surely some of the more expert people would have complained of this oversight if there is one?

So I feel like maybe I’m just missing something.

Do your compositing in a different blend file after rendering to multilayer exrs. Disable compositing nodes completely in the first file and use proper output (ie not file output node).

Maybe I wasn’t clear, because it seems you’ve missed my point. If I output to mutilayer exr that graph looks exactly the same. Blender will render the render layer, the other render layer, And whatever is set up in the current scene and just not save that.

What you can do is disconnect and reconnect the viewer node after making changes to the compositor nodes. You can pull up the viewer image and save that in the image viewer. 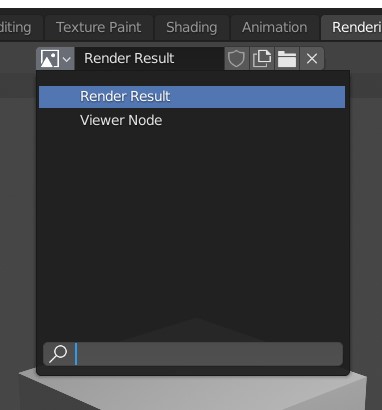 They say once you have your EXR set up, you use it as input in a BLEND file just for compositing. 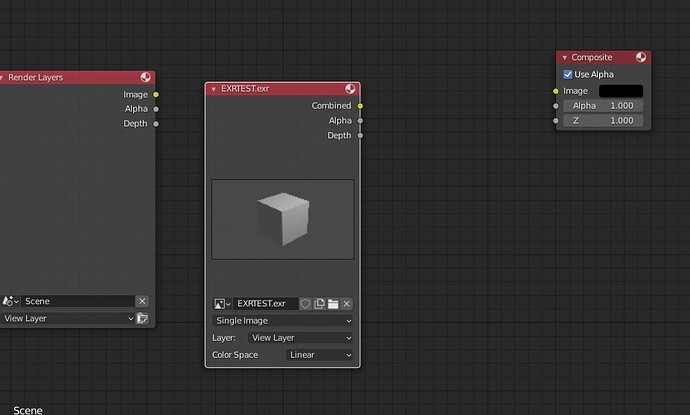 I’m using the compositor to render out multiple scenes and view layers.
For each object rendered, we might export a set of files for the main render, then another for a mask or two that you find out you needed, a ground shadow is common, as is ground reflection. And that’s usually about it for product animations, but sometimes you’ll have environment objects as well, and you’ll probably want to render those separately as well. I don’t want to render each of those view layers one at a time. I just showed one alpha add node to show what we often might have.

Regardless, if I set up two render layers in the compositor, you’ll render out the render layers AND the scene. The scene is blank. But it pulls up a render window anyway.

If you Only use render layers, you could just control all of them from there. But I have mutliple scenes as well, and the only way to render mutliple scenes all at once is to use the compositor, no?

and the reason not to use mutlilayer exr is you can’t re-render just one layer, as far as I know. If you have 4 layers with 20MB files, then you’ll have to render out that layer by itself and that’ll likely be about 8MB each. Times that by 1200 files, and that’s a lot of wasted space.

Regardless, if I set up two render layers in the compositor, you’ll render out the render layers AND the scene. The scene is blank. But it pulls up a render window anyway.

Set up the compositor where one of the render layers is the active scene.

I suppose that’s a reasonable workaround. I’ll have to make a feature request. It doesn’t seem like it would be all that hard for developers to provide that option.

Yes I agree it is strange compositing is tied to rendering.
And if you want to render a fast blank scene LOL: 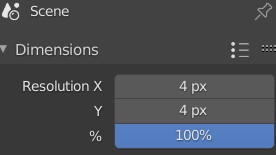 Yes, I have come across this issue before and found it truly bizarre. Not having a ‘render comp’ button undermines the whole POINT of compositing (for me at least)which is to render passes once and use the flexibility of the layers to fine tune the result.

I would love to see this worked on as I feel it’s one of the legacy weak spots in blender.

A bit late to this ‘party’, but are you using a render manager, or directly rendering from Blender?
A render manager might ‘work around’ this, as it uses scripting in the background to render Scenes/View Layers.

I’m not using a render manager. I haven’t really Searched hard for any, but haven’t come across any that were easy enough to set up to make it worth it for my projects, which are mostly quite small. By the time I have a second larger project, I’m on to a new version of blender. And The extra render machines I have available to me are rarely used as it is. So for rendering larger projects I end up having to go to them each individually, do some windows updates, install the updated version of blender I’m using (although I’ve started using blender launcher which makes that a little easier), and then I just open the same file and hit render on all of the machines, making sure “Placeholders” is selected, and Overwrite is not. Although, I haven’t done that for the compositor yet.

Any suggested managers? I still consider myself a beginner at blender. I feel like I’ll continue with that until I feel like I know more than most everyone else though, and since it updates so frequently, I doubt that will ever happen. So, I’ll be forever a “beginner,” even though I’ve been doing this type of work for 20 years now. But being a jack-of-all really ends up spreading you Pretty thin and makes me feel like I never have time to gain enough knowledge about anything I work on to be a true expert at anything.

With those you can work around some of the render idiocy that is Blender.
Like batch rendering multiple Scenes & view layers in one go, and set proper filenames and folders for output.

We use render+ here, but there are others as well. Free or commercial.
I feel a render manager is a vital addon for anything with more than a couple of Scenes, and/or View Layers in a project/blend file.

Just set up renders, fire and forget, and see all your renders finish without any more interaction.

One tip:
Blender -does not- lock a opened file within the OS. So having multiple versions of a file open on multiple machines (on the network) can go wrong a some point, as no PC locked the file for editing.

Perfect. Thanks. I’ll look to see the free options first so I can figure out which features in the paid versions like render+ I would use/need prior to asking work to buy it. So far I’ve purchased every blender add-on on my own just so I have it at home for my own projects. And work gets pissy, even about small amounts if you buy something and it doesn’t solve your problem.

And I didn’t know that note. It worked ok before, but I previously completely finished the file, saved, Then opened the file on the other computers. So none of them were saving/modifying the file. Only rendering. But if that will create potential issues then I’ll make a copy on each local machine to open, just in case. They’ll still render to the network drive, but all have individual files open.