I render my image. It looks awesome. The denoise has made a very nice smooth beautiful image.

And then I save it… and open it back up and it looks like terrible.

I am saving in 16-bit and every format Blender offers and they are all banding like crazy.

I have tried every format and every level of compression and they all look like crap.

What I am getting from Save is =NOT= what I am shown in the render window.

I Save as TIFF. Import into After Effects and it looks like crap.

I Save As OpenEXR and import into Affinity Design and it looks like crap.

Opening them back up in Blender and they look like crap.

I can screen shot and Save As and get my nice smooth image!

I am generally using 16 bit RGB (I don’t have any Alpha) with no compression which in any other program gives me beautiful band-free results.

Why am I not getting my smooth beautiful rendered images into my saves?

Is your Save As Rendered export image setting enabled?

Blender’s scene color management might also be set differently then it is on your computer. 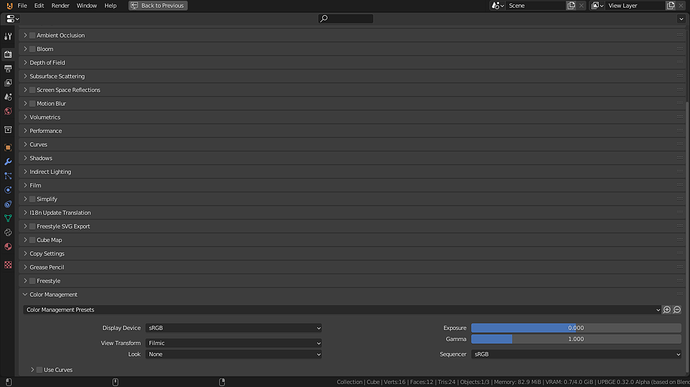 I will take a look at those, thank you. Someplace to start!

you can try to increase the dither : 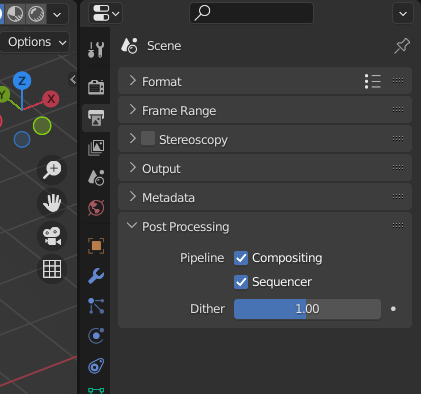 I think if you save a 16 bit images, then it’s up to the software you open your image with to properly convert it to 8bit for display. Or you’re using a 10bit monitor or something different ?
The information should be there , but maybe poorly converted because you have gradients with few variations in it.

Worse case scenario, you can add a little bit of grain in blender in compositor before saving the image, or in any software you open your image with. If it’s 16bits then that will help a lot to get rid of banding when it’s converted to 8bits.

I’m not sure the Dither work with 16bits, but at least with 8bit images it’s generally enough to get rid of banding.

Appreciate the response. Adding noise is a normal part of my workflow for delivering content rendered to video. If you don’t its going to get ugly real quick. I work in producing content for live shows and projection projects. Can’t wait for 10-bit playback to be something clients want!

I see your dither in the image but as far as I know there’s no dithering in 16 bit, that’s for 8 bit.

I’ll get it figured out eventually. Thanks again!

So the dithering should be added when you convert from 16 to 8 bit. Or adding some noise could work too !