I’d like to preface this by saying I’m aware that there are many guides on how to improve render time and I’ve tried following many to not much of a change.

I know Eevee is significantly faster, at the cost of not looking as great and being a bit more fiddly at times, but I’d love to use Cycles for final renders on short videos that I do for tests. Today I’ve done a pretty simple scene, and rendering a frame at 280ish samples (so a whole load of noise still) took about 30 minutes. After finishing the lighting and volumetrics it took about 1 hour and 12 minutes for the single frame - suddenly my hopes of rendering this 171 frame short were shattered.

The animation takes about 60 minutes to render in Eevee at 256 samples when I test rendered it to check the animation, but just no where near as pretty as Cycles - with the 180 hour render time…

If anyone has any uncommon tricks I’d really appreciate it as I’m using a GTX 660 and thus any corner cutting saves so much time. The scene isn’t large enough to warrant a need to adjust poly count adaptive to the camera. The whole project is “Verts: 2,020 | Faces: 1,925 | Tris: 3,3556” to give an idea of scale. Obviously the solution for time would be “switch the volumetrics off” but the scene is so lacking and a completely different mood without it - not to mention less pretty.
Thanks in advance if anyone does have anything

-P.S “get a new GPU” is not an option but feel free to send me one

You can check out the Blender manual:

But I don’t think there’s any magical solution, if you need to do serious stuff you simply need better hardware…

By the way, if your GPU is not supported for advanced rendering then the CPU will get all the tasks, so the cheapest way would be to get a better CPU.

Unfortunately I just don’t have the money needed to upgrade - like I couldn’t even go out and buy a soda right now. Though your reply did make me curious on the CPU render speed, I assumed it would just be way slower but perhaps it is better than an older GPU. I’ll give it a quick test, just in case by some miracle it’s actually faster!

I’m glad it helped even if just a little… You should also watch this video, maybe you can find something to squeeze some more: 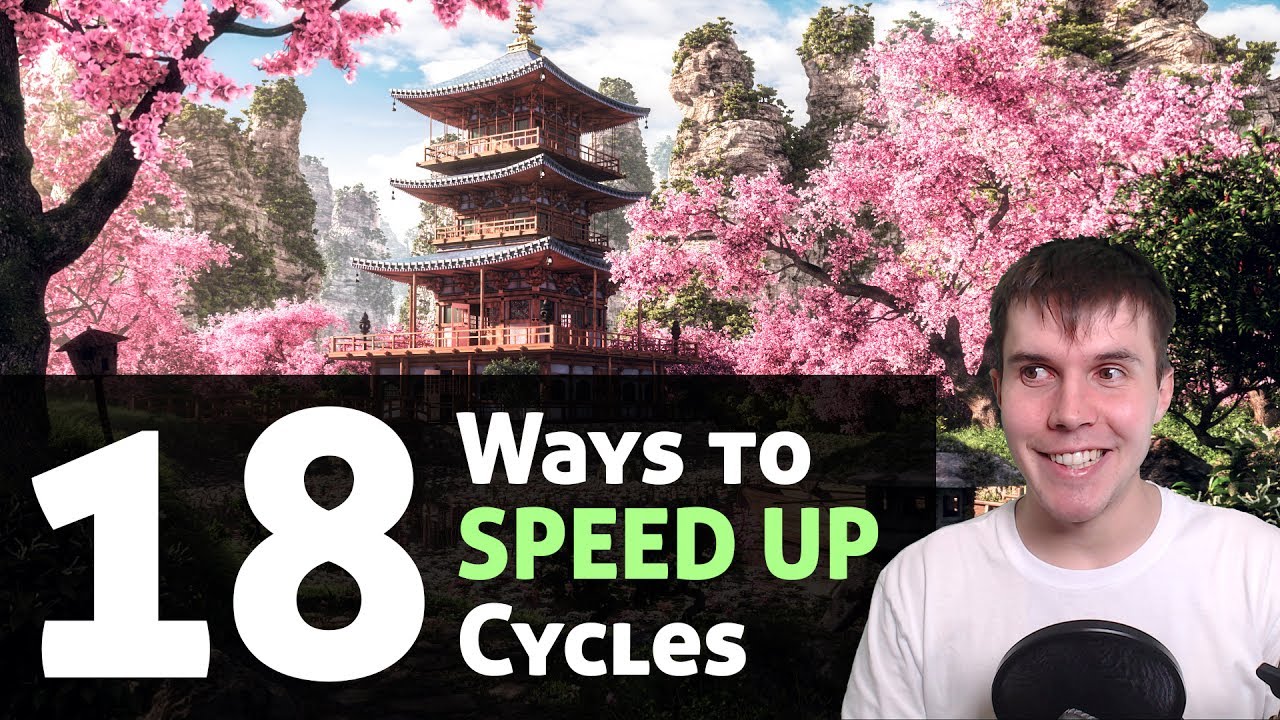 Thanks! I’ll go through the video and see if there’s anything I haven’t tried

Just finished another project I’ll be uploading soon and that denoise node worked amazingly well! Not sure how I missed that up until now. Thanks again for the share!

Just curious, how much did you reduce the rendering time?

Of course I lose some detail using the denoise node but I was able to render this 4k image in about 40 minutes. This is a pretty damn complex scene in comparison to before, and was only rendered at 200 samples. Despite this you can still clearly see the antennae on the butterfly. Getting this quality likely would have taken about 11-16 hours as a guess. The main ‘detail’ loss is just from the denoise node giving a bit of a blur affect, it’s most noticeable around the centre piece of grass in-front of the lamp

Looks good to me!

just did another 4k last night but took nearly 9 hours as it was a much more intensive image, had to use 1000 samples and even then it’s kinda ruined from denoise

Have you tried checking Adaptive Sampling?
As for fixing denoise watch this: