I’m new in Blender and I have a terrible issue.

THE ISSUE:
I have a file with about 100 objects to which I’m applying a new texture at least twice a week. At rendering I have about 600 configurations and I’m doing a rendering for every object separately by hand, so my question is:

Is it possible to have automation on rendering, so that on a single rendering, every object can be saved on a separate file as .png.

Thanks in advance guys it will be very helpful if someone finds a solution for this.

My take on this would be to give each object a different pass index and then using the node editor doing something like this: 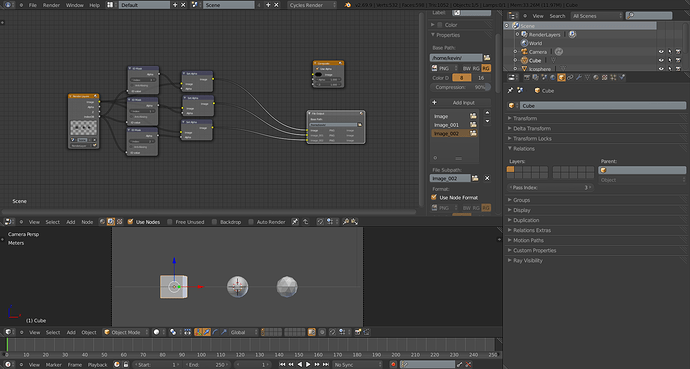 But then, in your case you’ve got to add one “ID Mask” node and one “Set Alpha” node for each of your objects. Just like for every task automation, I’ll consider to write a Python script to do so. So if need be, post a thread in the Python Support (or Voluntary Work) section of this forum.