I’m using matcaps as materials most of time, using blender internal render and cycles with node or without, by making material shade-less and settup coordination mapping as normal. I need to make ambient occlusion including with final render … how to do that…??? 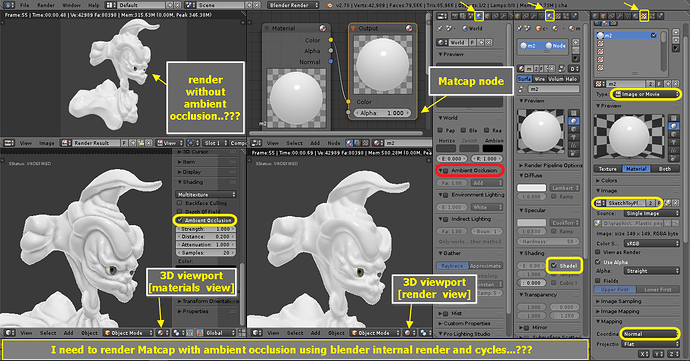 i think they do that by baking AO and then later use it as a texture and render it again, sounds cumbersome for a quick render, but for characters in gaming its often done. https://www.youtube.com/watch?v=UbhiZGCAo0Q