Is there any other software that will render .blend files? Or is the format proprietarily Blender’s?

I know this sounds like a daft question, but there are posts from people saying they’ve used external render apps. Im just curious if there are any standalone packages that might be quicker than the internal software.

Don’t assume you have to use renderers that support .blend files.
.Blend files are only generally used by blender but the file is not closed. It is just like any other 3d application which has their native file format 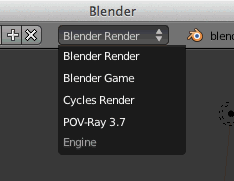 Just a few years ago we had so little options to choose when we had to use external renders in Blender to boost our visualization work. And today there are so many options that an artist could get really confused to choose only one, and with Cycles...

.blend file format is open.
Have yet to see a render engine support it in whole… or am just unaware of one.

As far as I know for a 3rd party render engine to natively support a blend file would require at the very least that it understood any modifiers, constraints, drivers, scripts or anything else you can think of that could be used to effect the geometry or it’s object transforms in anyway. Basically they would need to recreate a very large portion of the Blender source code (if not all of it) to correctly interpret the data within the blend file.

It’s far simpler for 3rd party external application that wants to read data from a .blend file to simply launch Blender as a background process loading the blend file, then execute a python script to output data in a format that they can actually use. This for example is how Unity is able to read blend files or rather give the appearance that they can.