Replacing particles or exploded parts with another obj

Hopefully I describe this correctly but I’m trying to make an object break apart into origami birds if that makes sense. I’ve tried using the explode modifier and adding the shape of the birds to the particles but they end up separate from the broken pieces of the object. Is there way to have it so that when the object breaks apart it’s pieces turn into the birds and fly off? Thanks!

if i am right about this , thin this is what you should do

2 add the birds on the partical system as and object or as a group, this will change the invisibole parts of the objects and replace it with whatever you want

look to the img 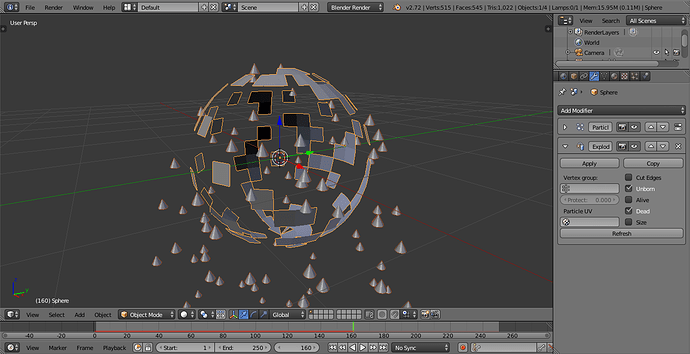 Thanks for the reply! It worked perfectly! I really appreciate your help!