( a blender game scene with a sky, grass and house textures…) well it’s not really a game you just get to move around the game and not do much else… 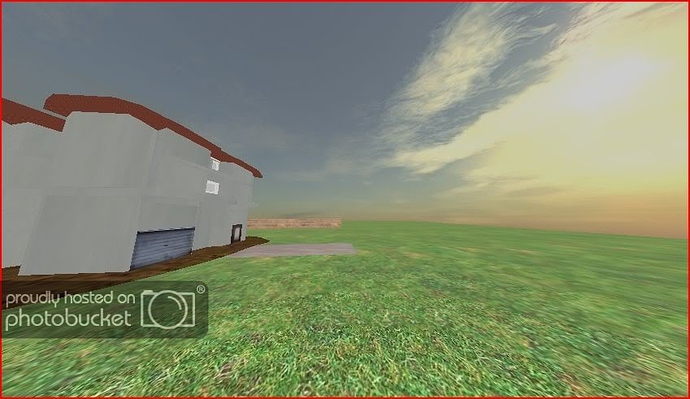 well… here’s the problem I’m using raider’s mouselook script that I found on the net and there’s nothing wrong with the script it’s just that I assigned the navigation button using blender logic panel the usual W foward, S backward, A left and D right at first try pressing the button W, S, A, and D without moving the mouse and you’d find there’s nothing wrong with the controls then try moving the mouse to look around the scene and try again pressing the buttons and you’d find that the controls kinda got messed up because the mouselook are looking at the other way while you’re pushing the W button for foward resulting to a messed up controls how do I fix this?

Textures work fine.
I have an idea as to what’s wrong with your movement, but without the actual .blend file, I’m not sure…

Textures look fine, maybe the other computer doesn’t support GLSL or the images are to big for it.
As for the movement It is hard to say for sure with out a blend file, but see if the movements are local and not global. (The “L” button next to the movement actuators) Or maybe the mouse only turns the camera and not the object that the camera is parented to.

Alright, it was just a matter of the cube not following the camera…
Simply replace your present mouselook with the two-object variant, changing, in line 48, the “y” to a “z”

On a side note, why have A & D turn the character? Isn’t the mouselook already doing that?
Why not have them strafe left and right…?

thanks! I switch to using the two object variant script and change it to Z in text editor and now it works just how I want it to thanks again im8act