Hi! I been thinking on how can I do the next: 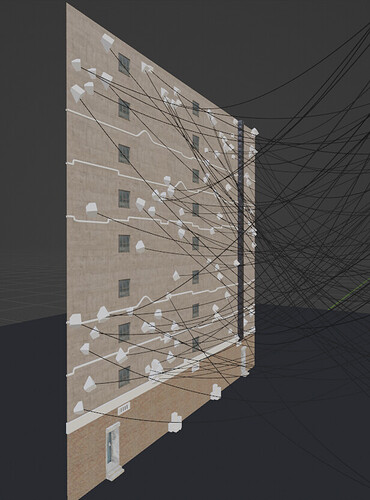 I have this node tree to generate wires between two walls, I followed this tutorial:

But here is the problem, as you can see on the first image, at the ends of the wire I want to instance an object, but the point still have the original rotation which had to create the wire.

There are any way to “reset” the points rotation? I tried with Realize Instances node but the points changes, I dont know why: 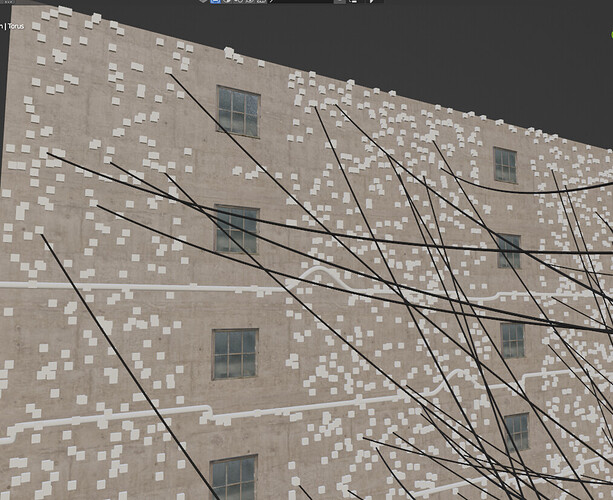 Looks like recalculate the points with the Distribute Points on Faces node, I dont know why.

Did you make the setup in the first image by hand to show how it is supposed to be like?

If so, I understand that you want to cap off the wires with end points that point in the direction of the wires.

How about discarding the original starting points, then filtering your wire data for their starting points and starting tangents (are splines available from them?), and then instantiating new models there?

Given starting points and starting tangents associated with them, you can use the Align Euler to Vector node to get sets of Euler angles to rotate things.