Hey @ArtAvenue !
Thank you very much for your encouragement! Thanks!

No worries, we won’t stop and we won’t quit either, we just need to slow down a bit, to snail velocity, but as soon we gain traction again we’ll have this going faster than a Lancia Delta HF Integrale on a gravel road! 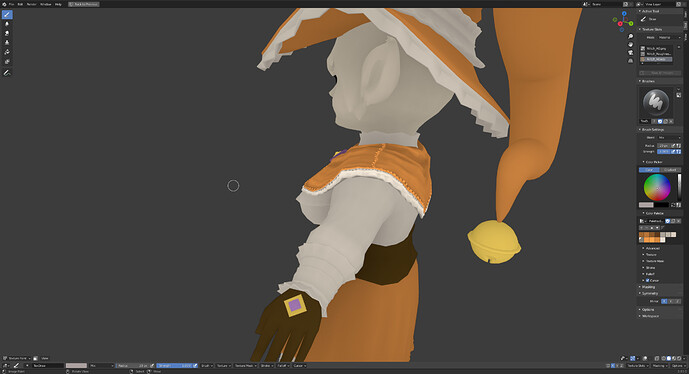 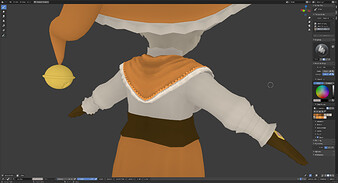 Today I started painting the textures for the character.
I managed to finish the scarf and I’m still choosing the colors to use for the rest of the accessories.
I’m counting on finishing it completely this week. 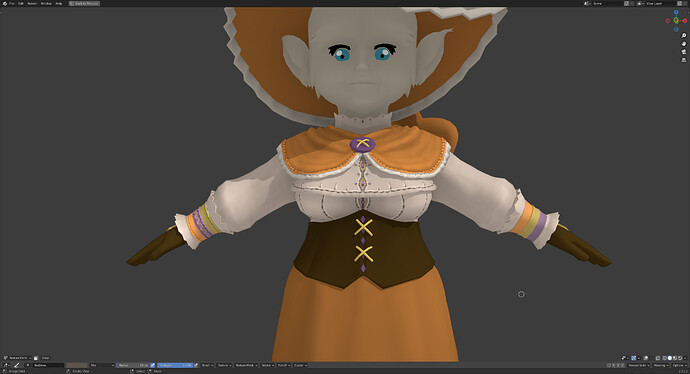 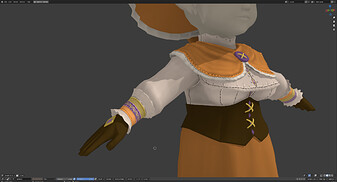 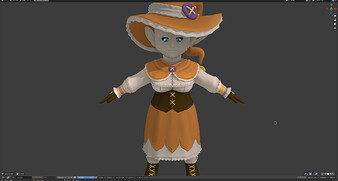 Today I was detailing the character’s shirt.
As they are light colors I had some difficulty finding the ideal shade to match. But there I got it

Tomorrow I will continue. 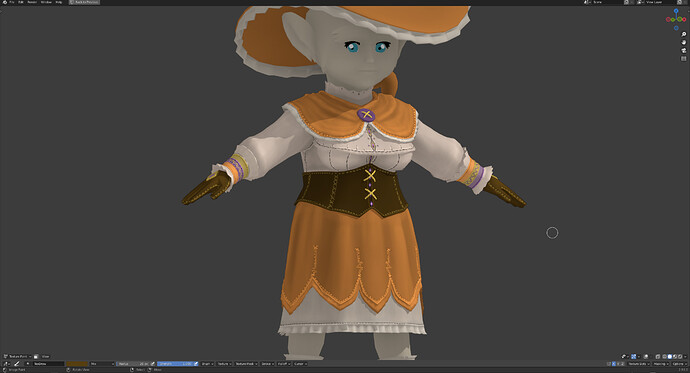 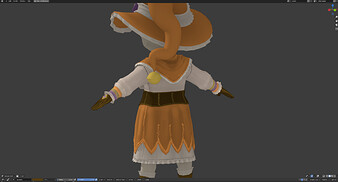 Today I managed to finish all of the character’s clothes.
I detailed the skirts, sweater and gloves.
Tomorrow I will continue to work on the boots and then the hat.
I hope to finish this week.

Hey there friends!
Here is @Rute_Perdiz report of yesterday, due to the 3 consecutive posts limit she couldn’t made the update: 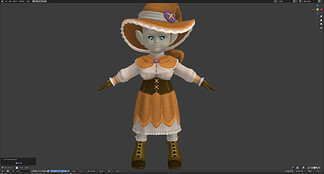 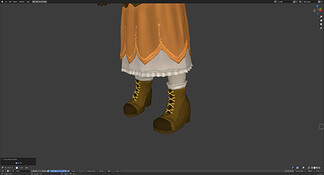 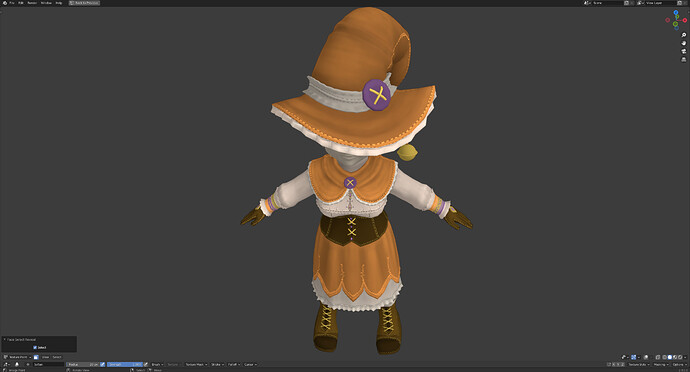 Today I managed to finish the shoes and started the hat, which is also almost finished.
I’ll just detail the accessories a little more and finally I’ll paint the character’s fur.
I hope to finish the painting this week.

She by now has completed the character by the way, but due to busy days she will make the update later 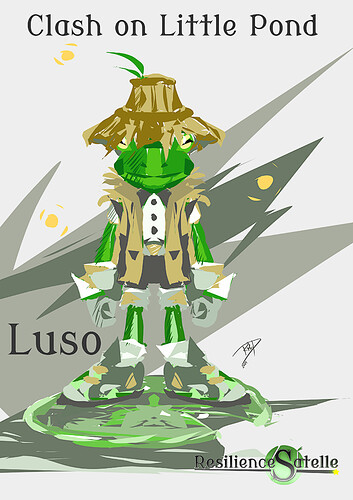 Luso-Concept2480×3508 800 KB
His name is Luso and will also be the star of the special short animation, that we are making dedicated to him: " Clash On Little Pond ", which we are also sharing all the progress here on the forum.

Until next time!
Best regards
Rogério 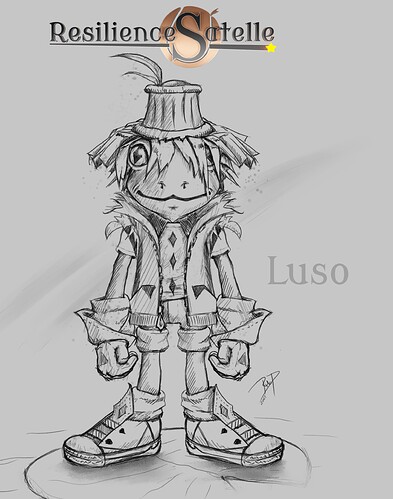 ━━━━━━━━━▼━━━━━━━━━
These last 2.5 months I had the great pleasure to have worked, for the first time, on the post-production of an actual Hollywood movie. All thanks to submarine.nl, a production company in Amsterdam that develops and produces feature films, documentaries, animation, and transmedia.

From my point of view, I’ve been giving a hand in their Layout department, tackling awesome challenges, and making new friends!

I was mostly responsible for setting up several technicalities such as:

All this was intended to preview the final look of a shot and ensure that all the future departments had a good work basis, to bring the final vision to life while maintaining visual and emotional consistency through all the scenes.

I had a blast and made a bunch of new friends! 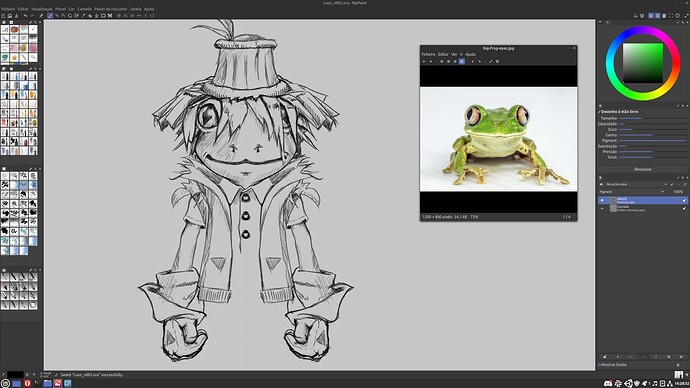 Unfortunately for Resilience Satelle that meant I virtually had no time to work on it!
I now had and got back to it immediately!

As you can see, I’ve followed the above silhouette of Luso’s concept and detailed it substantially more through the art of sketching!

Next comes the painting procedures and hopefully it will be ready for modeling!
Until next time!
Best regards
Rogério These last 2.5 months I had the great pleasure to have worked, for the first time, on the post-production of an actual Hollywood movie
…
I had a blast and made a bunch of new friends!

Thanks, it was fun work… but working on Resilience Satelle was even more fun

Hello friends! I apologize for the radio silence!
We have been active mostly on the “Clash of Little Pound” branch of Resilience Satelle…

Thinking this over, I now really thing that the Clash thread should be merged with this one as they are the same project.
I have to check with the moderators if that is possible.

For the moment I bring you NEWS regarding the movie I talked a couple of posts above.

As some of you may know, last Summer I worked on an Hollywood movie called:
Apollo 10 1/2: A Space Age Childhood.

I have the pleasure to announce that it will be premiered on March, on a cinema festival:

and soon after on NetFlix.

I don’t have NetFlix, so I’ll probably only see it later on, but if you do I’m sure you’ll have a good time seeing this one! … If you do see it please take some photos and share them here or by PM.

Also the only image that they have released… 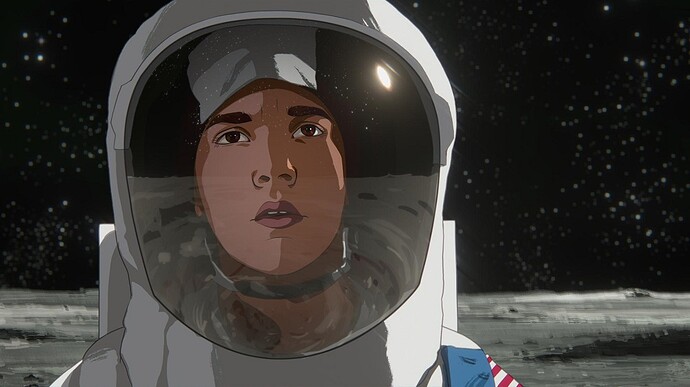 ) We both worked on the moon shots and some are very similar, so I can’t tell for sure if this one is mine or his, but anyway is awesome to see it finalized!

… I worked on a bit more than 100 shots, so you have decent chances.
If you spot my name on the credits (should be on “Layout” or “Layout artists”) I would love to see that too

Next week I’ll have more news about the Quest we had for years to acquire recent hardware. Spoiler alert, we did it and was thanks to the compensation for the work made on the Apollo 10 1/2 movie!

Until then!
Best regards
Rogério Putting us in a much better condition than before!
Now it’s only a matter or time! By time I mean free time.
… which ain’t a small problem to solve by all means

I’m good at working but terrible at producing

… but I do am learning

and although slowly, some progress get’s made also in that end.

Anyway, just wanted to show/update you guys about what is from this side of the network cable.
Until some day!
Rogério

Hello Friends!
So the Portuguese film fund for this year is happening again!

The submission deadline is 21st of April.

@Rute_Perdiz is preparing the submission for this year. I made such a lousy presentation over the last 10 years, that was pointless continuing to hit the same bush and instead I figured that it should be interesting to try a fresh approach and point of view.

So far the following tasks are complete:

I’ll keep my fingers crossed for the two of you!

Hello Friends!
I have the pleasure to announce that the application for the Portuguese film funds was submitted successfully with all the required bells and whistles!

…seems that will be more than that, so far not a word yet!

And you guessed it!
Not a word yet about the Portuguese Cinema Fund… one person must be very healthy to apply to these funds… it’s at one month labeled as “Análise de Candidaturas” which translated gives “Candidacy Analysis”, which, in this case, refers to the certification that all papers were submitted correctly.

I have news about the Film Fund mentioned above!
The provisional list of projects that made it through the first round has arrived today in my e-mail.
So this is a provisional list, it can therefore change…

but not for Resilience Satelle, because it totally nailed it!!!

All papers were submitted exactly perfectly and therefore it shall pass to the second round where a group of experts will closely read everything, study if it has the potential to be funded, and give it an evaluation!

This time I don’t dare to estimate a deadline, so let’s just wait and see what comes next

Until next time!
Rogério

Hey Friends!
So the official papers that confirm that we passed to the 2nd stage are now publicly available online: