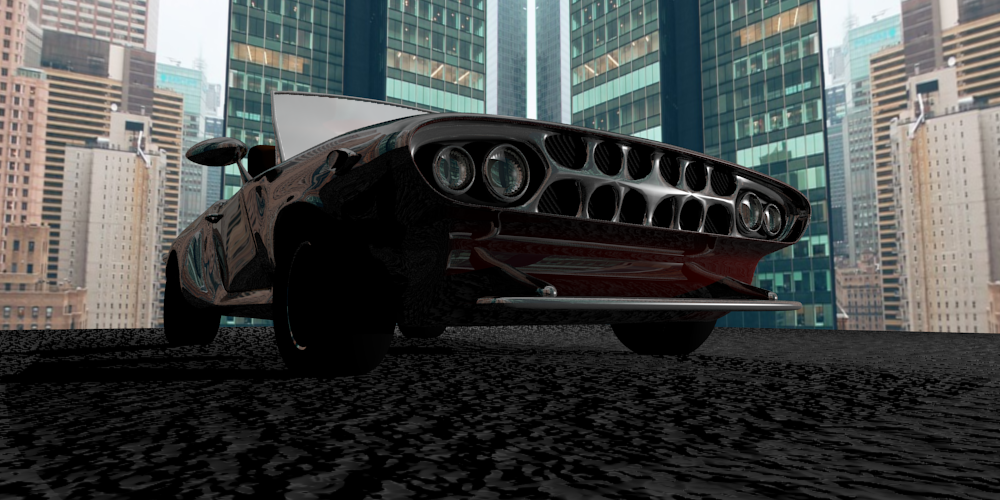 For an animation I’m created, I decided to take the 3D approach rather than trying to draw everything by hand. That ended up being a smart decision overall, but I hadn’t touched Blender in a long time, so this proved to be a learning experience. On the bright side, I quickly learned that the best way of getting what I wanted was to create the raw frame face-by-face rather than trying to build up from simple meshes or “carve it out” so to speak.

The design is loosely based on the 64 Ford Mustang with the AMC Javelin. Since my animation is for commercial purposes, I didn’t want to copy either car exactly, but I did want to catch the feel. My car ended up being… wider than expected, so my future vehicles may be slimmed down a bit (although this width does make for a roomy interior).

I designed it based a couple of hand drawings. The bummer is that my poor old PC can only take so much, so while I would’ve liked to have added more, I have to call it quits here. But it’s at a good stopping point I guess. Some materials are weak, but since it was originally intended for toon rendering, I didn’t bother dedicating much time to textures. I’ll try to remember to post the video link once I finish the animation. 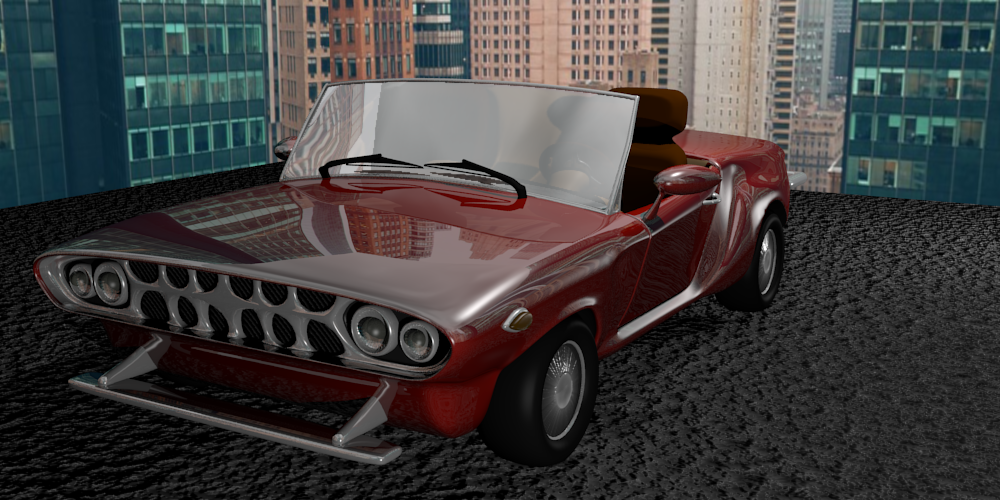 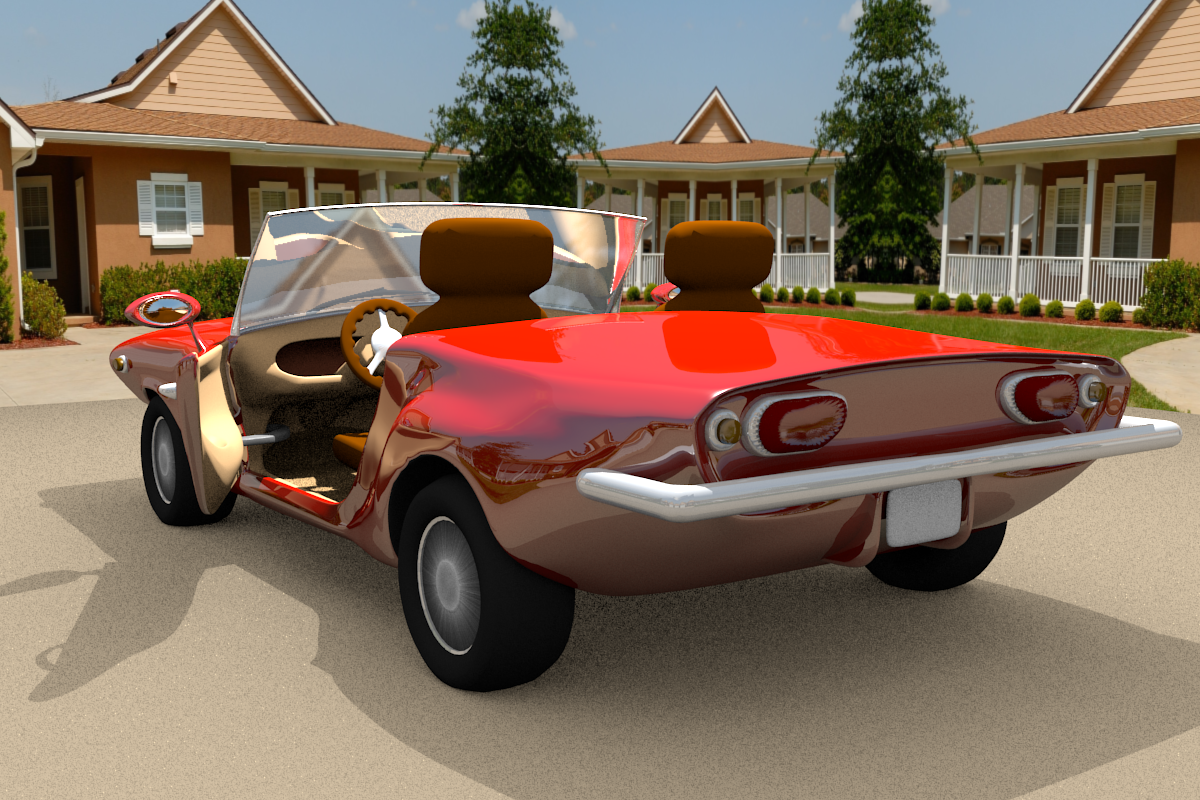 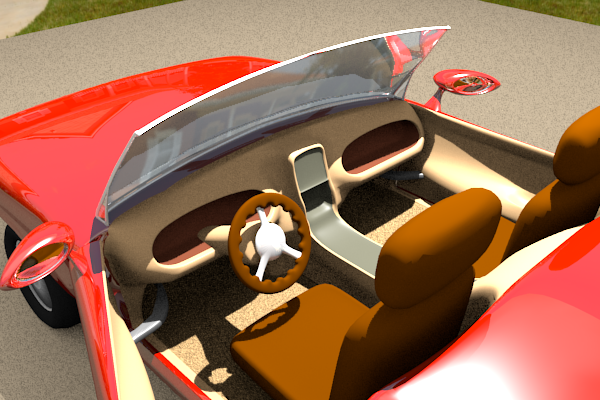 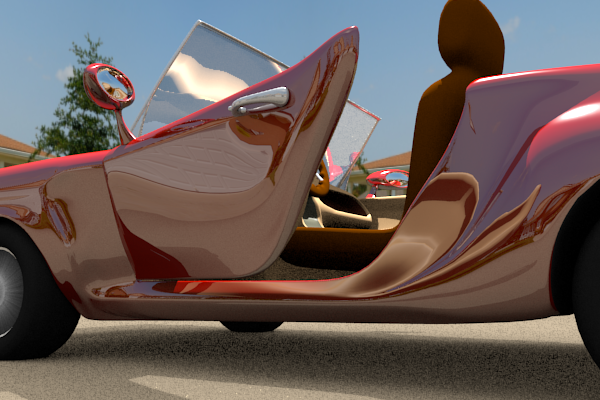 The interior at one point during the creation process:

And an example step in the creation process: 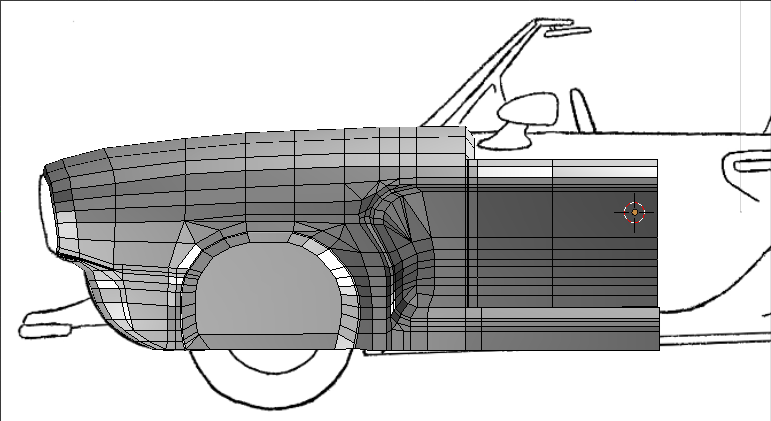 Note the above image is orthographic.