Description: Ealond is a gritty medieval co-op builder/survival sandbox game where friends will build a medieval village together and defend it against imminent AI threats that increase in difficulty over time. The game will feature 1-4 player co-op via listen servers and Steam sessions so players can find their friends and join them. The player monument will draw AI villagers who can be assigned to help with labor or as guards. Waves of AI ghouls, goblins, trolls, ogres etc will spawn and seek out the player monument to destroy it and anything that gets in their way.

// CURRENT PROJECT STATUS //
The game is currently in ALPHA 1 and is a fully functional network replicated playable prototype with most major core systems implemented but not polished. Team is moving forward towards ALPHA 2 goals. Flushed out GDD and Roadmap.

Previous Work:
Our team has participated in various Game Jams.

// WHAT WE’RE LOOKING FOR //
We are looking for a 3D Character Artist, capable of primarily concepting sculpting and shading character models for a Medieval UE5 game. Ability to rig, and animate in Blender a plus but not necessary. We will need a human player and AI villager model (male and female) with a few faces, skin tones, and hair options. We will need a collection of AI enemy models, including things like ghouls, goblins, ogres, trolls, direwolves, etc, all with some degree of variance.

OFFERING : Currently there are three of us in a Revenue Share agreement. We cannot offer pay at this time, but we can offer a signed agreement for a level of REVENUE SHARING from profits from the game based on overall contribution to the end product. If not interested in that, a simple Deferred Compensation could be agreed upon where hours are tracked and an agreement is signed to compensate this artist once profits are accrued for the game. We have timeline goals but they are in flux and although progress is steady we are all doing htis on the side, can work remote/after hours/etc! 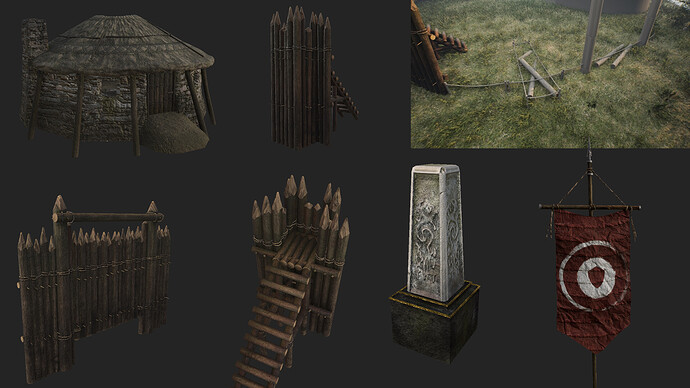