Quite some time ago I started a fun project for exercising high detail modeling. It happened to be one of those Zoids toy things I happened to come across some reference images. Half way through the project got stuck since the reference images had been not well enough to make an accurate model. One of the unknown areas had been the cockpit of these things since the toys totally lack it. The images of the part I stoped on the project can be found here.

A couple of days ago I stumbled across images taken from the tv show with the inside of cockpits. Having now some more reference material with which I can actually work I reworked the cockpit area beefing things up. It’s not finished yet and the render contains only simple blender color materials ( except the monitor texture ) but it’s a start. I did not recreate one of the cockpits found in the images but I mixed them together and put in some of my own ideas where I think it looks cool. The first two images show two angled renders ( and yes, Blender kills me with the crappy smoothing… it’s a pain U_U ).

As the game developer I am I could not resist to build the cockpit in a way it could be used in a game. After all there is a lack of mecha games with actual in-game cockpits that are not just a 2D overlay image. And also the Zoids games I could find on various consoles only have outside shots. Also put together some monitor content in a way it could be useful for a player. You can most probably not read the text but in the left shuttle monitor the status bars are supposed to be “energy” ( blue; no idea what this does with a Zoid but all the games I found so far had such a bar ), “durability” or “integrity” ( red: I don’t like the generic term HP ) and “shield” ( green; after all this guy is called shield liger so I assume it has a sort of shield ). The last image shows a render using a camera in the proper first-person position.

Now I need to add some more detail stuff on the side and back of the cockpit to break the emptiness.

( EDIT: I know, the JPEG is a bit blocky but I didn’t wanted to force people to download rather large PNGs 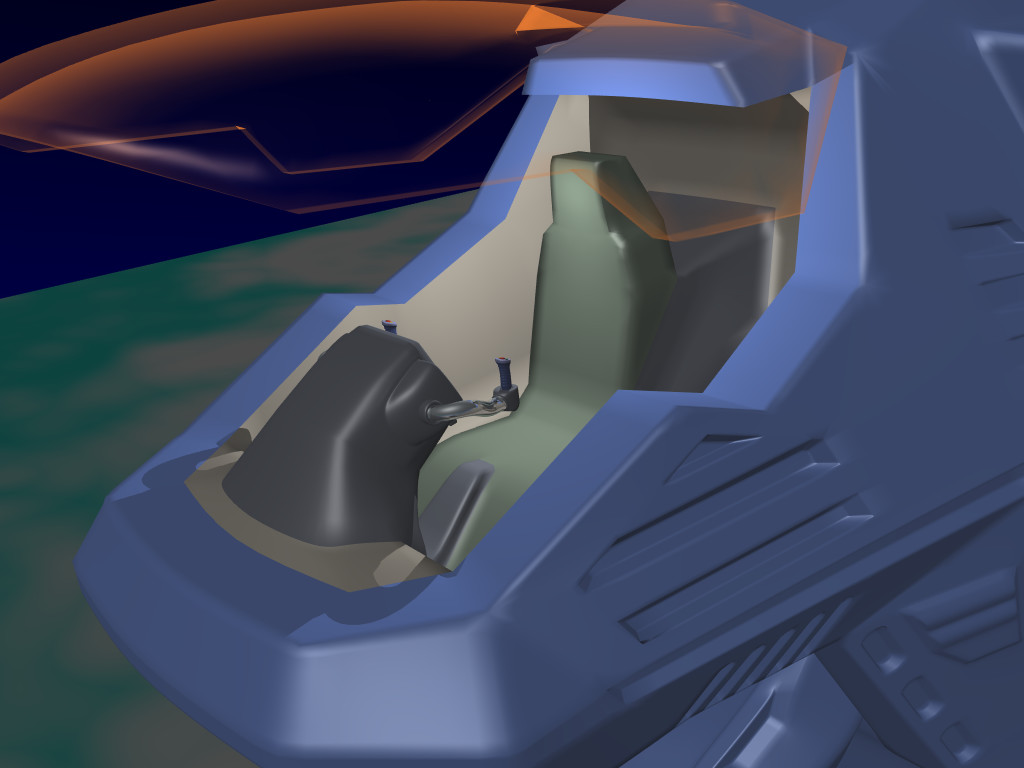 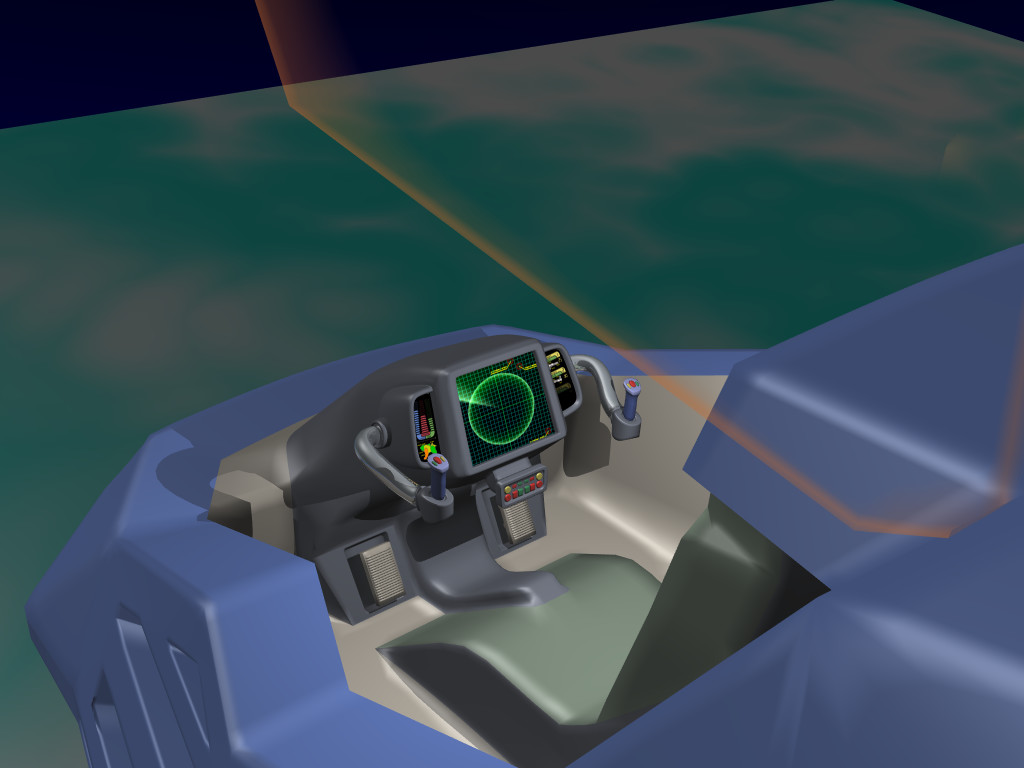 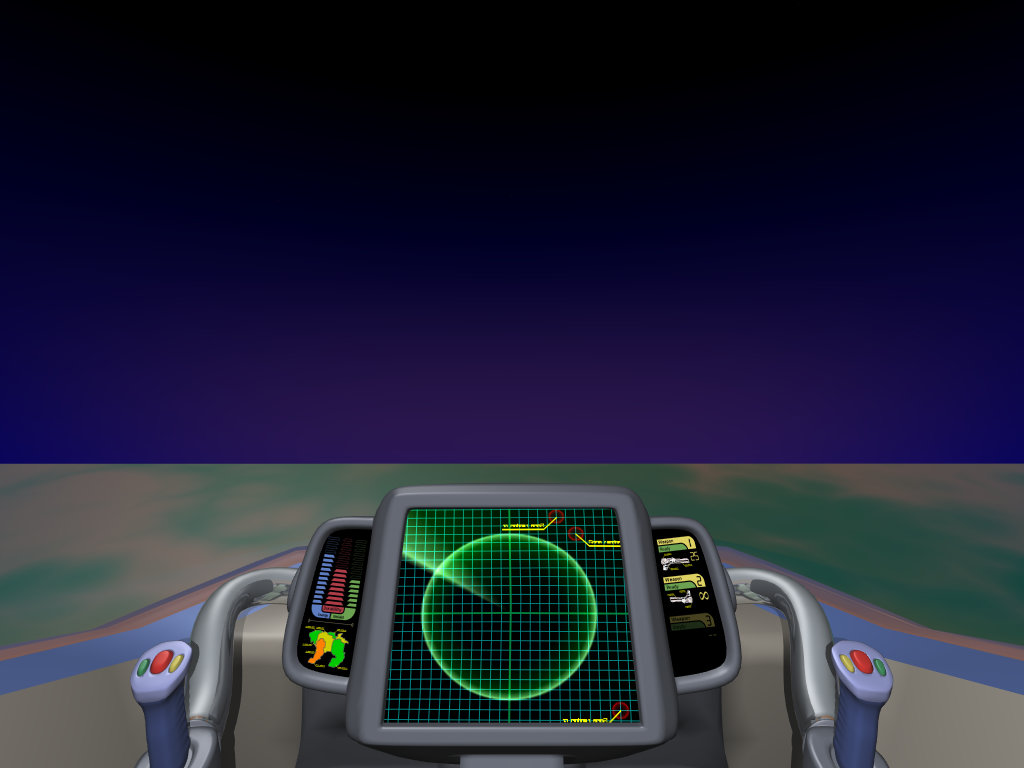 nice. have you tried sticking a humanoid in there to see if it fits yet? to me, it seems like there should be more leg room.

nice. have you tried sticking a humanoid in there to see if it fits yet? to me, it seems like there should be more leg room.

I did so. In the old images found in the link above I had a human model sitting in there. I did not re-pose it for the altered cockpit but it fits in there.

Some more work on the inside. Reworked the seat. The old mesh nearly killed me cleaning up the topology. I made some dents where the head, shoulders, buttocks and wades are but it’s not so well visible in that render. There’s some stray light somewhere. Also added some additional details to the mesh.

Not sure if I should make the ridges on the metal plates at the side using mesh-work or normal mapping.

Some renders. Blender smoothing still killing me but it’s less worse this time 'round. 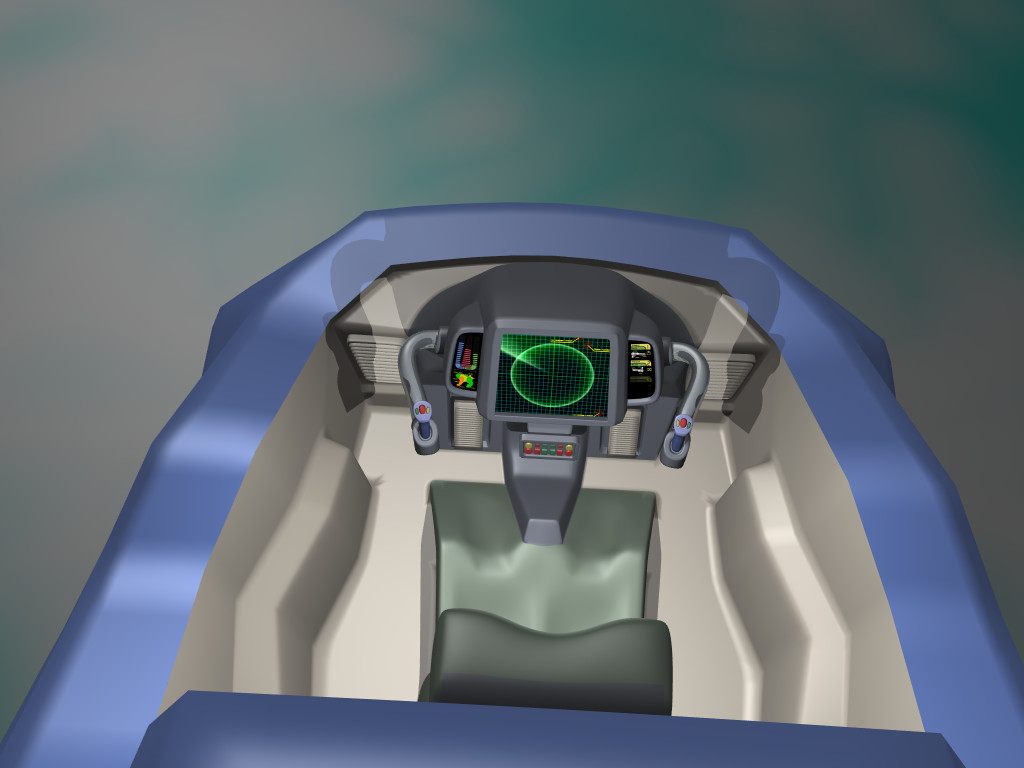 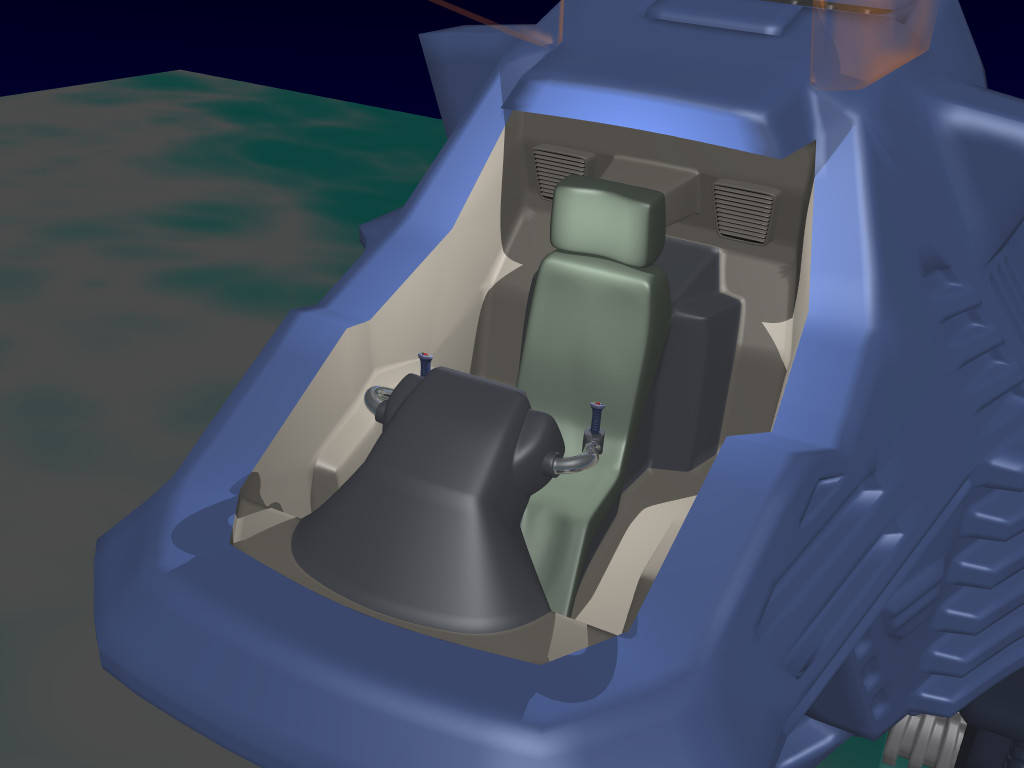