I’ve been working on a recreation of a little robot that appears in the show Rick and Morty. If you aren’t familiar with the show, here’s a the quick 1 minute clip the little guy appears in: https://www.youtube.com/watch?v=X7HmltUWXgs 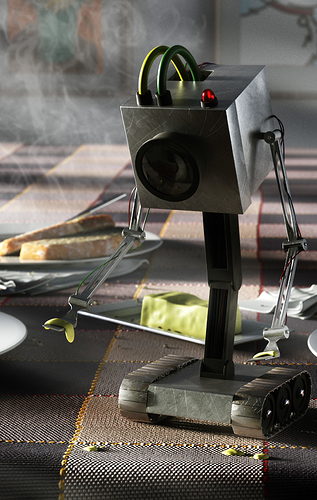 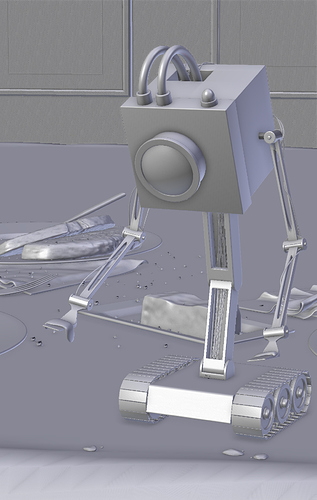 I used Blender for almost everything, and Photoshop for post. Rendered in Cycles with 15,000 samples, took about 8 hours to render.

One of the things I’d like to improve is the butter, I can’t quite get it took look as good as I’d like it to. Let me know if you think anything looks weird or if you have a suggestion!

(Here’s the picture I mostly used for reference.) 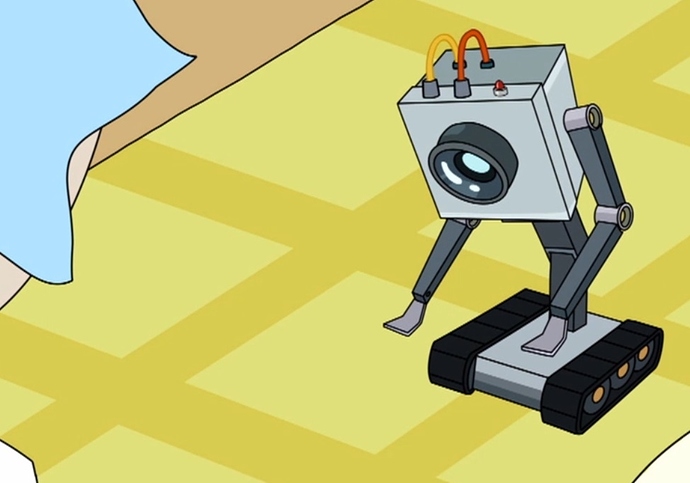 oh, it is nice, especially the tablecloth and small details on the robot, which are not present on the reference, but make it more interesting!

Butter is green though… Also, real butter does not have quite that shape, with a lot of bumps, it tends to be a smooth block with a little sss on it

oh, also - the focal point (“visor” of a robot) is in shade, which creates a bit of unsatisfaction for me, the viewer, when you look into the face of a person, but cannot make out features, because it is too dark.

I agree with Margenta. The materials in the scene–especially the table cloth–are very good, but you’ve got some great character on the robot that’s missing because of the shadow crossing the face. This is generally a no-no when doing portraits of some character.

To add to the critique, however, I feel the need to point out the materials on the robot. It seems the surface of the robot’s head is a bit less detailed than the scene around it. I understand that you’re coming from a cartoon reference, but against the rest of the scene and its very high fidelity, the robot–in particular the head’s materials–seem pretty flat. But that’s just my first impression…I don’t know what could be done to liven it up. Perhaps it’s fine the way it is, it just seems to fall away against the detail of the scene it’s in. Perhaps adding a bit more geometric detail–but then you’d be departing from the original design too far? Oof. I wish I could be more help in my suggestions…I can only give my impression on this.

The problem with the butter was already addressed well.

And that’s it. You’ve got a really eye-catching scene right now. If you stopped here, it would be good. But putting a couple of tweaks would put this in top-row contendership for sure.

Awesome work on a cool concept.

Thanks for the suggestions so far! I’m going to work on it some more and update it here later

Thanks for the suggestions so far! I’m going to work on it some more and update it here later

Looking forward to it. 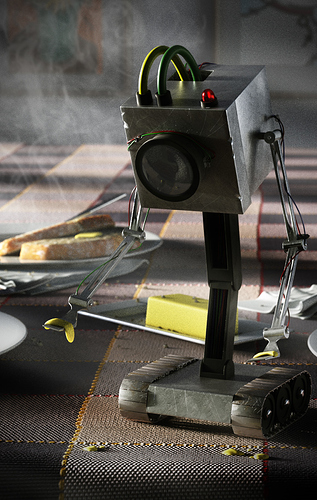 So I made a few changes:
-I tried brightening just the lens, not sure if I like it yet though
-I added some chips to the sides of the face area to add some detail
-Added 2 wire connecting to the camera lens
-Added a few solder points on the arms and next to the lens
-Made the butter smoother and changed the color
-Added some zip ties holding some wires together, but I think they might be too small
-The bread now has butter on it

This is a huge improvement on an already pretty good image. Well done.

I don’t know much else to critique, except the butter on the hands seems not very butter-like…but other than that, I am at a loss to say what else I’d change!

I agree with JDaniels. Overall it’s a great image. Only the shape of the butter in the hand of the robot is hard to identify as butter…
Even when butter is fairly soft it doesn’t take this kind of blob shape.

try these as a reference
(very soft)

could you share node setup for the table cloth and soruce of texture?

The table cloth isn’t too complicated, I used this video from Andrew Price for the base shader: https://www.youtube.com/watch?v=V3wghbZ-Vh4 A great video, I recommend watching both parts! 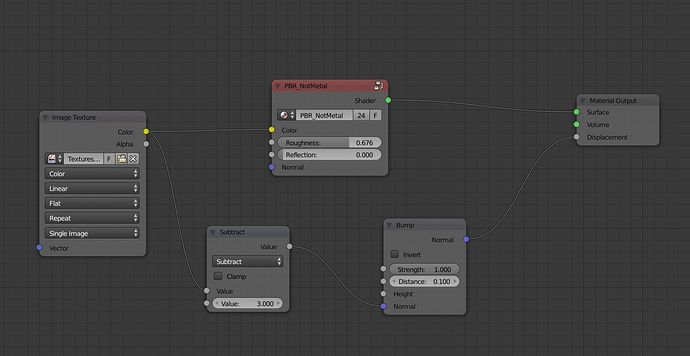 Oh and the tablecloth texture comes from https://www.poliigon.com/

Update: Project is done and submitted in the Finished Projects section!: https://blenderartists.org/forum/showthread.php?404822-Rick-and-Morty-The-Butter-Passing-Robot&p=3086874#post3086874