Hello. I’m trying to make a very basic skirt (as a test) for a premade mesh model. To be more specific, it’s a Second Life avatar, which is “Fitted Mesh” that I am trying to learn, I am not sure what the official term for that is outside of SL, but it’s basically to make sliders in Second Life’s appearance editor deform the mesh’s shape beyond stretching the basic skeleton bones (such as the waist size, butt size, etc).

So, the problem I am having… is that the skirt mesh is for whatever reason, doing umm… I have no idea what it’s called, but it’s like the vertices just all become jagged and go nuts, a phenomenon that I’ve only otherwise encountered when editing the vertices of a mesh that already has Shape Keys, which was solved by deleting the shape keys… but this skirt has no shape keys at all (or at least not listed under “Shape Keys” where they normally would be, so I’m really not sure how to fix this. Or if there’s something else known to cause it, whatever “it” is called?

For visual reference, this is what’s happening. By default it looks like this: 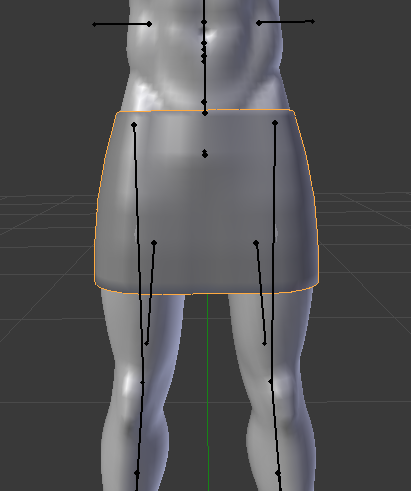 When I alter the “fitted” shape slider of the “Saddle Bags” (side of hip/leg width), or any slider for that matter, it does this: 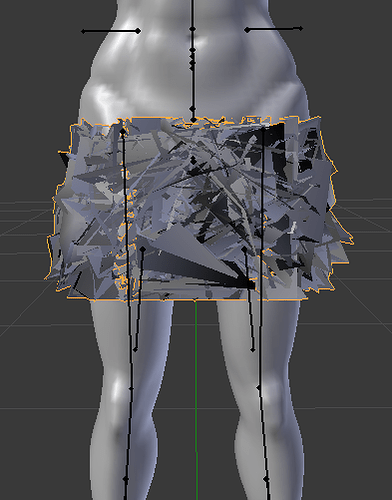 So, even if you don’t know how to solve it, is there at least a name or term for this kind of thing the vertices do?