I’m interested in creating a collection of game assets for a race/class fantasy RPG system as in games like Dungeons & Dragons or World of Warcraft. But instead of elves and dwarves, I want to do anthro animals. If you’ve never seen a race/class system before, it means you combine a race, like fox, falcon, turtle, with a jobclass, like knight, wizard, ninja, so you can play as a fox knight, fox wizard, fox ninja, falcon knight, falcon wizard, falcon ninja, turtle knight, turtle wizard, turtle ninja. But you would generally have a dozen or so races and classes to choose from.

I like designing anthro characters because I can use a bunch of visually distinctive body types, like a leggy rabbit or a long armed hawk. But this makes it a challenge to share things between different models. For example, say I make an animation for the fox knight of swinging a sword and blocking with a shield, I don’t want to make that animation again from scratch each time I do a new race of knight. I’m thinking that I can probably fit the many races into a few distinct groups, for example, a frog and a rabbit and a heron should be able to use the same long-legged archetype.

If anyone has any thoughts or tips about doing a project like this, I would really appreciate it.

what engine will you be using? usually animation adaptation happens within the game engine. i just recently saw a ue4 tut about sharing skeletons and animations.

I have the most familiarity with Unity. I’ve been meaning to try UE4, now that they’ve made it free to try, but I haven’t yet. But I don’t intend to make a game myself, I just want to make the assets to sell. For now, I just need some thoughts about sharing animations within Blender.

Here are some examples by others of what I hope to create: 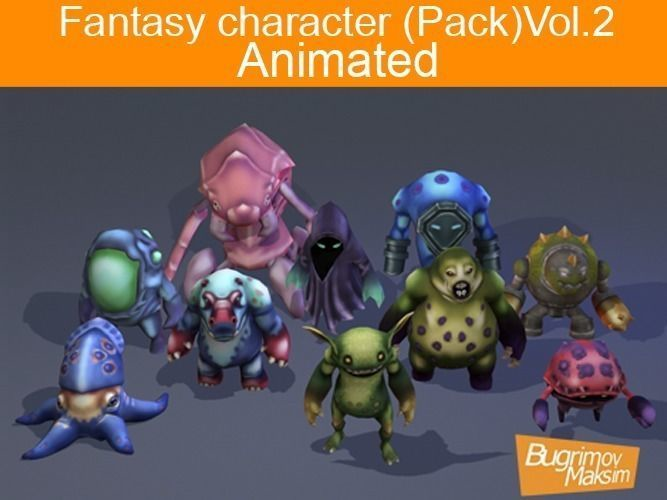 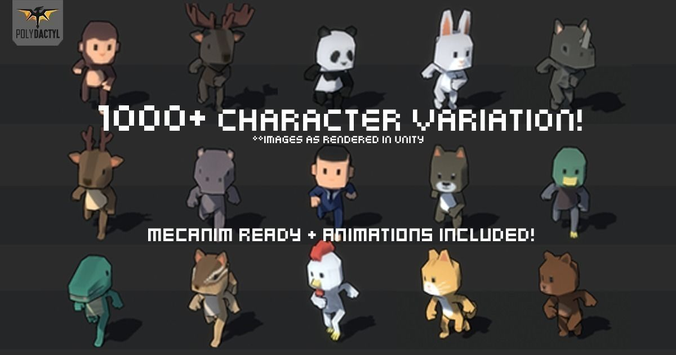 Actually, if I were going to create a game myself, my first choice would be to render some animation frames as spritesheets and use RPGMaker.

Here’s a quick little sketch of what I’m thinking about, in case a visual is more helpful 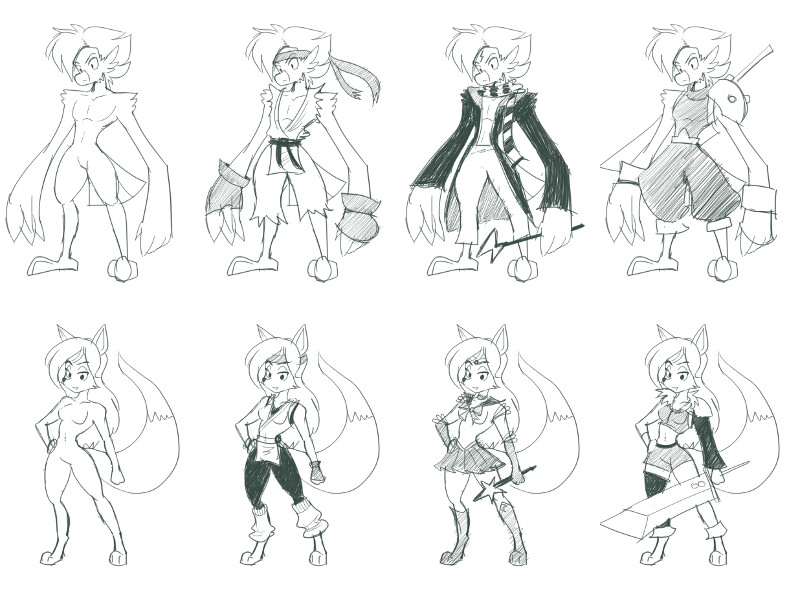 If you’re wondering, since anthro art is usually aimed at modern age or futuristic characters, I wanted to try some modern looking characters by using some popular characters. (Ryu, Yuri Sagazaki, Harry Potter, Sailor Moon, Cloud Strife, Female Cloud Strife) Not sure yet if the final version would be like this or more traditional D&D/WoW type jobclasses