Hello guys =)
My first post on this so helpful forum,so let’s introduce myself:
French,16 yold,studying in art school,having first used blender at 9 years old,but i never got very far,this is my first nice project.

So…I’m working for a game.Maybe i should have posted in the GE section,but there’s nothing about the Blender game engine,so…forgive me if it’s in the wrong place =).

First thing i’ve done is a low poly male.
Here it is! (comments are more than welcome) 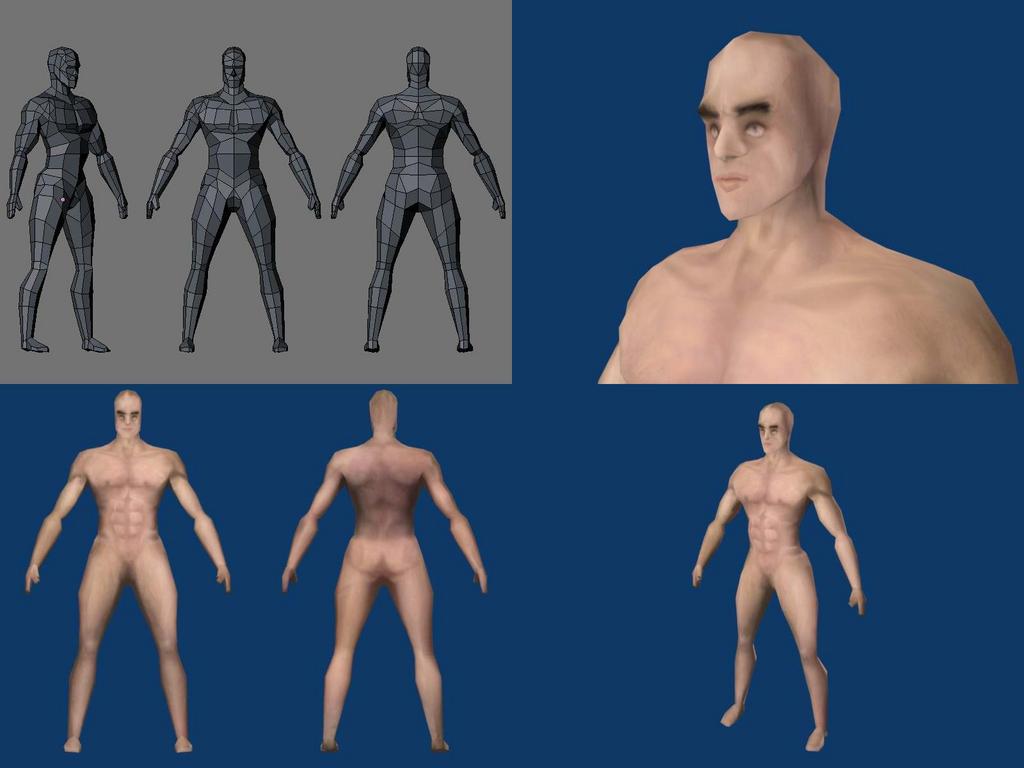 especially if your working for a game you shouldn’t use triangles because the engine’s shader will otherwise conflict with the edges of that triangle.
Secondly, it would help a lot if we knew what your specs are: how many polys and in this case more importantly , how many px is your map?
I would generally always use a normal map on ultra low poly characters to give them at least some kind of detail (lips, ears…)

Good proportions though and nice start on the diffuse, not much to do if you’re keeping it at this level, maybe a little less red (to make him look stronger/ more enduring)

Polys: 616,i’m proud of it =)
The map is 2048²…I think i’m gonna resize it to half,or quarter.(Yeah,i should have directly worked on small size…but we’re going to make an option ingame to choose texture size,so it’s okay)
I don’t get the thing about triangles…squares are 2 triangles in realtime rendering anyway,nope?
I’ve just finished to give him wonderful eyes,you’d fall in love instantly :D.And i “yellowed” his skin.
Should i add more light on the texture?
Right now i’m crushing my head on keyboard for those f****** eyebrows :’( 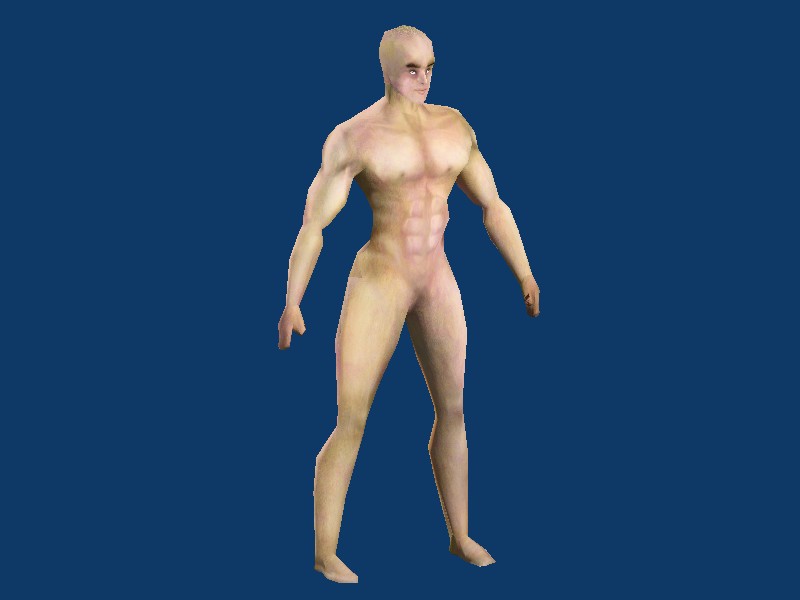 game engines use something similar to blenders ‘smooth’ function, which shades the edges of your faces. This doesn’t work properly with triangles though. That’s why you shouldn’t use them (or only at areas such as the nostrils and teeth, where you’d actually want a visible edge.)

now as for your poly count, 616? that’s more than low poly xD even portables can handle more than that in flash (eg. resident evil for iphone, look at how many vertices those characters have!)
I am currently developing for an online Iphone game and my lim. are 2k verts and 2x1k maps. So you might add one or two more loopcuts to your thighs and especially to the head…

Really? But there are alot of other models ingame.About triangles,i can’t do better,i’ll keep the model as it is,or maybe change some things,but i don’t wanna change all the topology…

I added 2 loops,to make underpants.
I resized some things in the model, like the upper legs.

Here is big-sized image of it !
Please dare to say what’s wrong =) 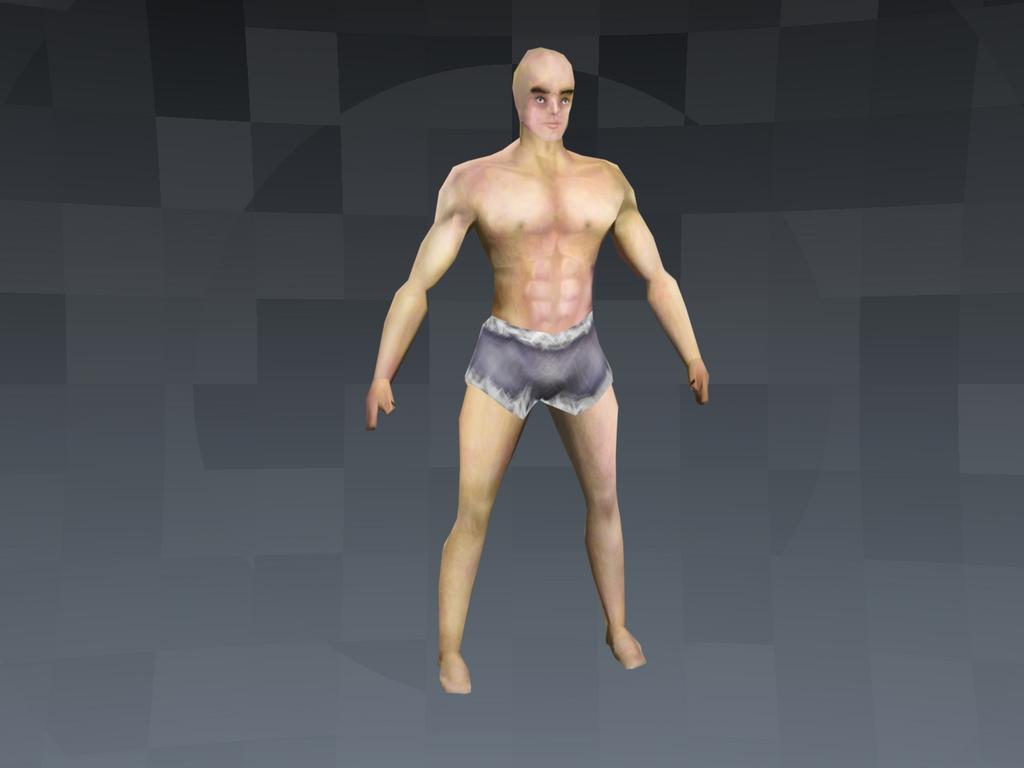 Another up,I have some questions…

Game Engine : Too much engines on the web,but i don’t know what to choose…any ideas? (Features : Cross-platform,and if possible,high level programming language)

Team : We’re searching for 3D artists,this is an open-source project,so no paid job.The gameplay and game story is not really defined yet,so i’ll make that request again later,when we’ll have more stuff to share.But if you’re interested now,PM me =)

it’s probably for the best if you’d start with either unity3d or UDK because that way you’ll be sure to learn almost all there is to advanced game engines. UDK takes 25% of your income once you earned more than 50k using it. Unity pro costs retail, but you won’t have to pay anything else after that (except for the 30% for your publisher) . If you wanna start the hard way, there’s always Yake and Ogre out there, but I wouldn’t recommend them for starters.
If your team has enough experience and previous work, you might even consider asking for a cryengine liscense, although last time I worked in the cryengine I didn’t like it very much and we had to pay a huge amount of money to just get started. But it is one of the most realistic engines out there.

My tip would be the UDK, then you can use characters with 15k and more and several 2k maps. also your result will look really professional, unlike with unity at first.

So bad that UDK is not cross-platform :’(.
It seemed to be a very easy engine…

the udk can be made cross platform (at least for the consoles, no linux/mac) . Unfortunately you’ll have to buy additional licenses eg for the xbox it’d cost you 20k and more xD

there are some lin guys who are currently developing a linux version of direct x, but that’ll take some years to complete… and of course that isn’t all you’d need. if you wanna play a game right now in openGL you’ll have to use ogre/irrlicht or one of those really bad engines (ogre isn’t bad!) such as those found here:

Game engines offer huge benefits to game developers. The main functionality they provide is the library of core functions used in a computer game. This often includes a realtime rendering engine for 2D or 3D graphics, physics engine with collision...

Unfortunately I have no experience in those, I would just stick to windows and console games, that’s also what you’d need to learn to start as a pro.

Great link,thanks alot.
That’s exactly what i was searching for.

Up,with the detail of the face. Don’t worry,we won’t be able to see from that distance ingame.
I’m now starting the rigging. 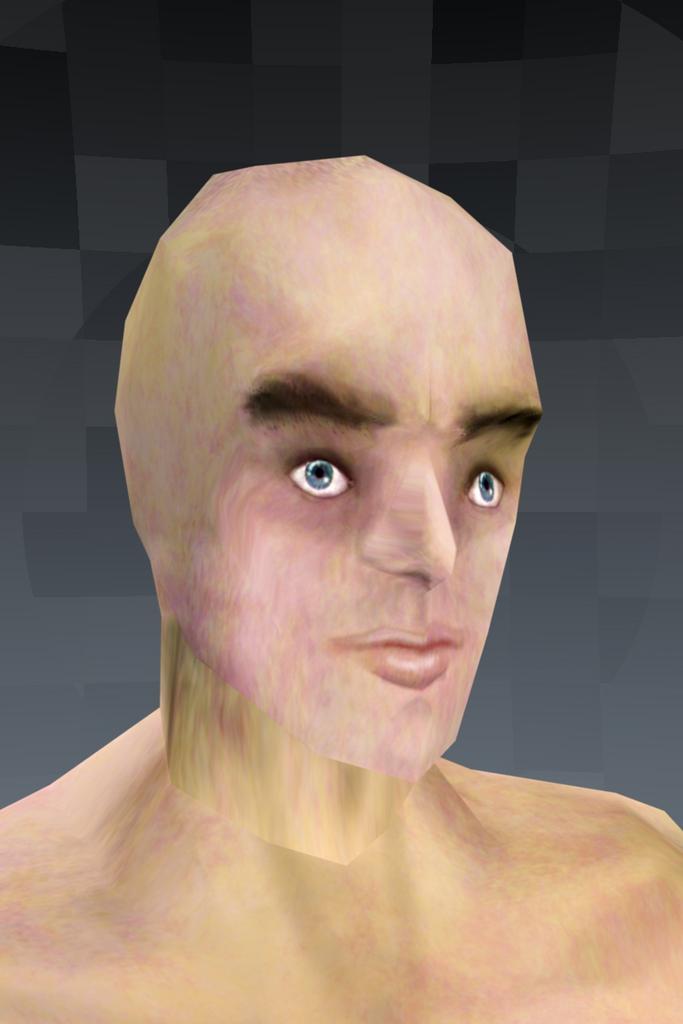 Rigging done! Ouch…It was hard,and i’m not happy with it… i might add knee IKs,and do a better weight paint but…It’s very boring ^^ i hate skinning 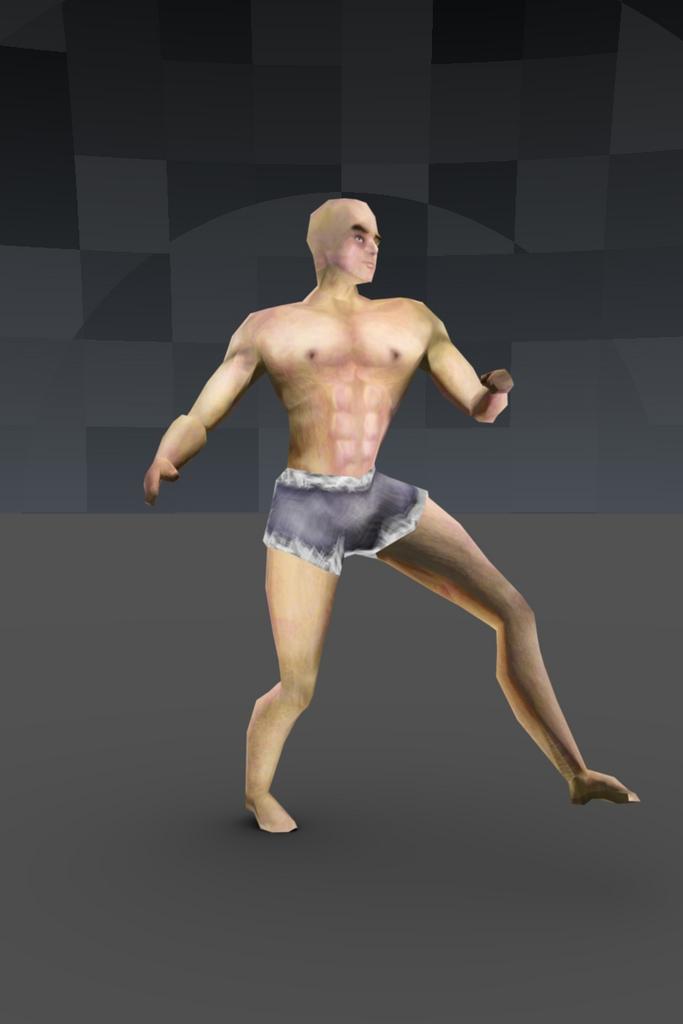 Another Image : rigging is almost done,maybe some things to adjust,but i’m happy with it.

A running pose.
I have to make all the animations now… wish me luck =) 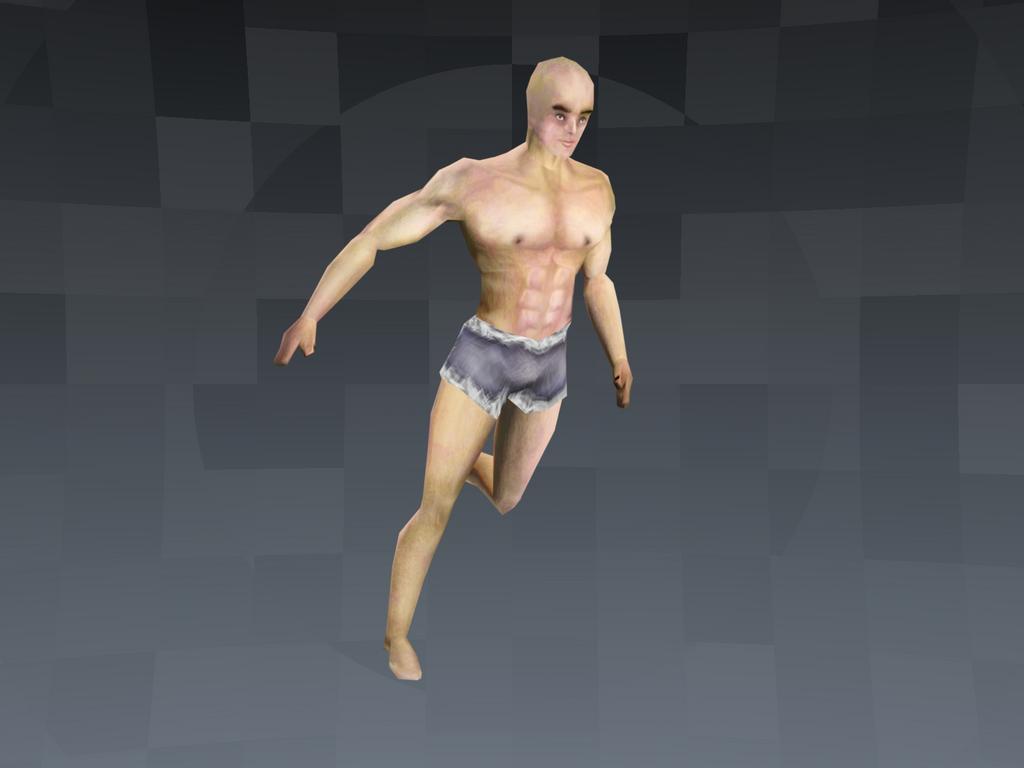 For the running position, you should put to the front, opposite hand to the leg that guy is standing on. Pay more attention to it. It is good, to observe what and how people do everything. Start from watching, how people walk, move when they walk and etc.

You’re right, i’ll think about it when i’ll animate.Thank you=)