Is a quick way to use the physics simulation to help set the starting position of objects?

For example, let’s say I’ve dropped in a stack of cubes into my model but they’re a bit ‘off’ in that they won’t be exactly resting on the ground object or each other. As a result, when running the simulation, there is always a bit of ‘settling’ time before the shapes come to a resting position. Ideally, I’d like to have the simulation run until a given selection of objects comes to a resting position (i.e. their movement delta is less than X) or at least run the simulation and eyeball it to say ‘ok, it looks like things have settled by frame 52… replace the object positions in frame 1 with the values from that frame’… is there an easy way to accomplish this? 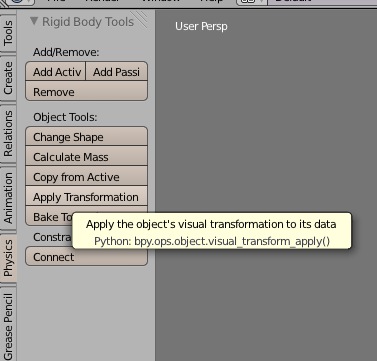 Apply Transformation did the trick… thank you! (though I didn’t remove the rigid body since I just wanted to update the starting locations and still needed the rigid body for the animation)