I am trying to create humanoid rigs for importing into the Unity game engine.

I am trying to fix my rigs so they are in true t-pose with all pivots and forward vectors facing in the same direction.

But I can’t achieve this perfectly without a true t-pose rig. 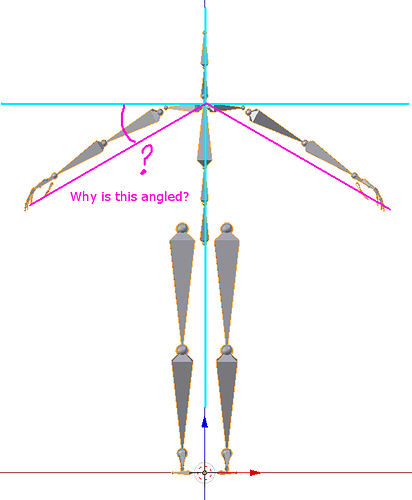 Is there a way to create or modify the human meta rig so that it is in a perfect tpose like this: 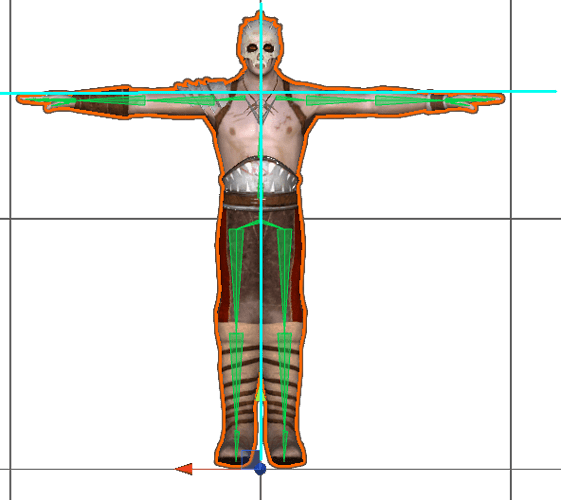 All you need to do is to move around the bones until they match your model, regardless of the pose. Then, you “Generate” the rig. The default pose of the metarig is irrelevant.

go to the “edit mode” of rigify, match all bones point to the model, then go to the “object mode”, press “Ctrl+A” apply the three parameters (loc, rot, scale), then “Generate”. The generated armature is for animating your model, the previous armature is useless after you pressing the generate button.

Well first. Don’t model in the T pose. That went out years ago. It is better for shoulder and arm pit deformation to be in the A pose, which is where the character is most of the time. This is why the meta rig is the way it is.

If you need a T pose on the model for Unity, do that after you have completed modeling and rigging. Then simply make that the rest pose by posing the model into that position and using Pose/Apply Pose as Rest pose.

Then when the model is animated and its arms come back down into a natural position (the initial A pose) you will have far better deformations around the shoulders.

Of course it should be noted that mocap data comes in as a T pose. So there are uses for the T pose. But you should not use it for modeling and rigging. Create a new rest pose for that.

It is angled because modern artists know that 45 degrees is better than 90 degrees. As stated by Richard Culver.

Yes. For a slightly better explanation. The angle is a compromise for optimum distance between the arm and body for modeling and painting as well as rigging and weight painting. Ideally actually it would be better for the arms to be closer to the sides. For my models I compromise again and move the arms in a little closer.