Ring on a small shrine (updated smoke and particles)

Thanks to all the reactions, I decided to make smoke and particles directly in BLENDER 2.91 alpha and render with Luxcore 2.4 and then make a new composition.

New version with 3D smoke and particules with BLENDER
Every particle became a light source, so the render at 4K took about 4 hours 30 mins, and I stopped it at 420 samples. Then it is composed to another version with more greenery and different light setup at 1200 samples. Screenshot of the smoke setup Designed for an advanced jewelry tutorial with BLENDER 2.9 - rendered with LUXCORE 2.4
Post effects painted in Painter. Scene has been mostly sculpted. Some views of the scene 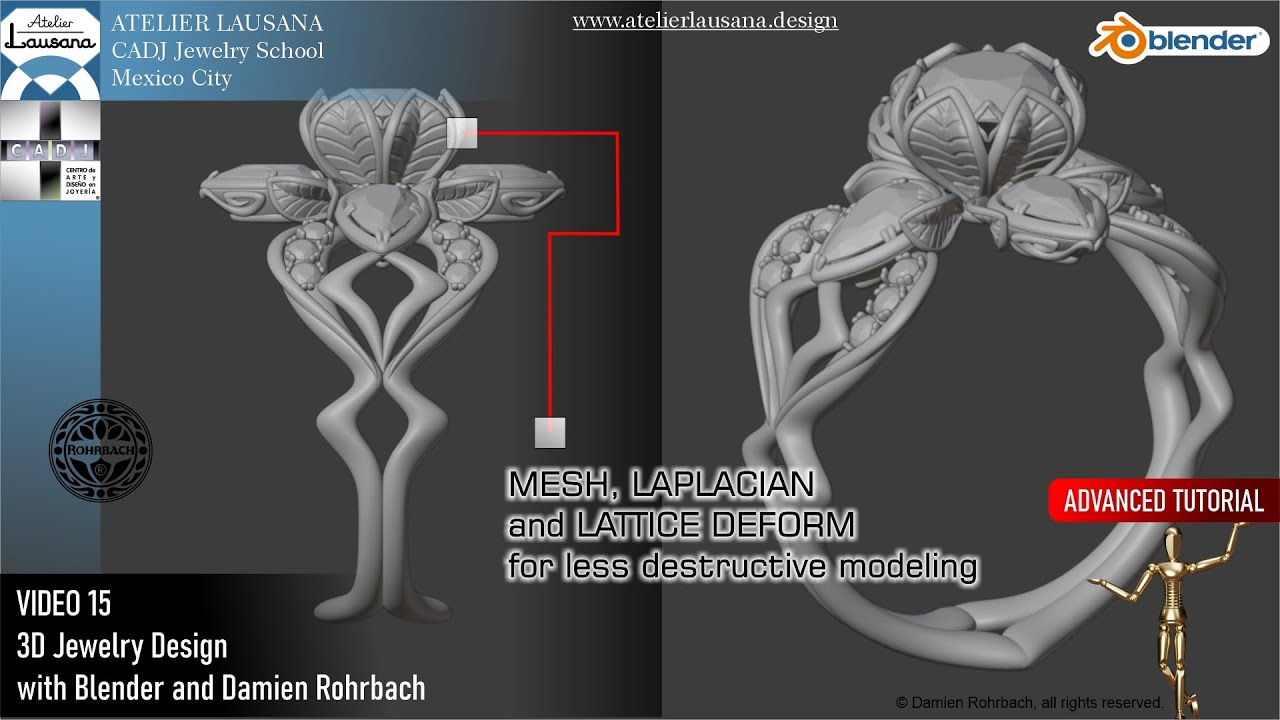 I am posting the raw render that came out from Luxcore 2.4 to show that really few things where postproduced, only some sparkles here and there and the magic color aura effect, that I “hand painted” looks sweet! the smoke effect is in blender or is a 2d image?

I digitally hand painted the smoke.

Plants are part of the render, some are png screens and some are textures.

Gorgeous, sharp and well contrasted, plus the design is lovely!

Thanks to all the reactions, I decided to make smoke and particles directly in BLENDER 2.91 alpha and render with Luxcore 2.4 and then make a new composition.

New version with 3D smoke and particles with BLENDER

I featured you on BlenderNation. Enjoy the weekend! o/

Every week, hundreds of artists share their work on the Blender Artists forum. I'm putting some of the best work in the spotlight in a weekly post here on BlenderNation. Japan old alley  King Ghidorah  Best Friends Forever  Animal...

Hi Bart! Thank you for the good news, may you have a weekend full of delightful magic