I think that pretty much sums it up =]

Let’s just say 12 hardcore hours of modeling, over 1.2 million vertices, 6 hours rendering a 85 frame animation… just to realize I set it at the wrong codec xD

Everything is done in blender internal, the only thing photoshopped was the title. The “eyes” are a halo.

So now I re-rendering the animation in full HD

I know that’s what mine is xD[/edit]

Very good start, but I think it would be cooler with 6 legs instead of 4. Also, some weaponry would be great, and you should model more details. The legs have joints, but they are the same object, and to the best of my knowledge, metal doesn’t usually deform. Put some cylinders in there, so it has a mechanical joint, and also adding some pistons would look cool. Great start though, I’m interested in seeing the animation.

looks good! I am looking forward to the animation.

All I have to say is that if that thing is 1.2 million faces than you have about 1 million wasted faces.

About the joints, I realize that their not supposed to deform =[ How would I go about adding non-deforming joints? Would I just model cubes and add mesh deform on to the legs and then add a cylinder and a circle deforming the cylinder? I think that would be my best option, plus I never used the mesh deforming rig style b4. Maybe it’s time to give it a go.

I’ll put softbodies on the wires when I’m done.

The animation is nothing really special, just the camera panning around the scorp and then the scorpian waking up. (It’s going to be the intro) then the black is going to fade into my street and he going to stand up.

Right now I only animated to the wake up.

About 6 legs, I like 4 legs =] It eases animation, plus I’d have to re-do just about everything to add 6 legs.

No point in adding more polys than you need.

Doesn’t look like it has 1 million vertices (not that I assume that you are lying).

Here’s a bunch of updates =]

I redid the legs, added a joint, made 6 legs instead of four, redid the “tail” and rigged the entire thing =D

For the rig I just added a circular empty as a [copy rotation] constraint to the joint, and a box empty with the “thigh” parented to it. For the “tail” I had to add multiple joints due to the fact that it bends in many places.

Normally the entire thing is 250,000 vertices

Here’s a screenshot of the rig, wireframe, render, and a pose =D

BTW: It wouldn’t let me upload to pose as an attachment so I hosted that in poster/wallpaper form on imageshack below: 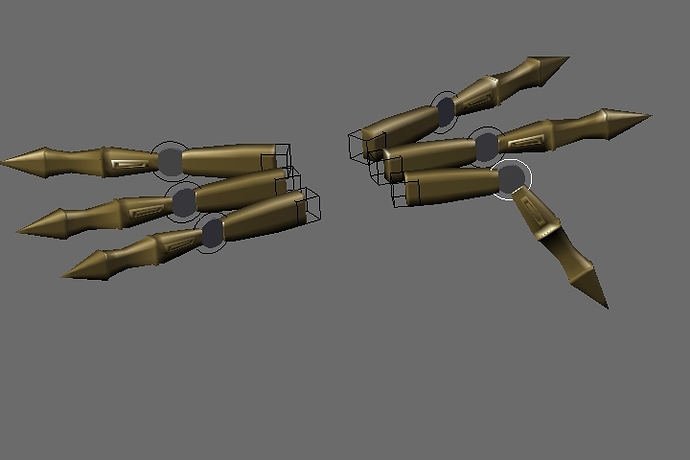 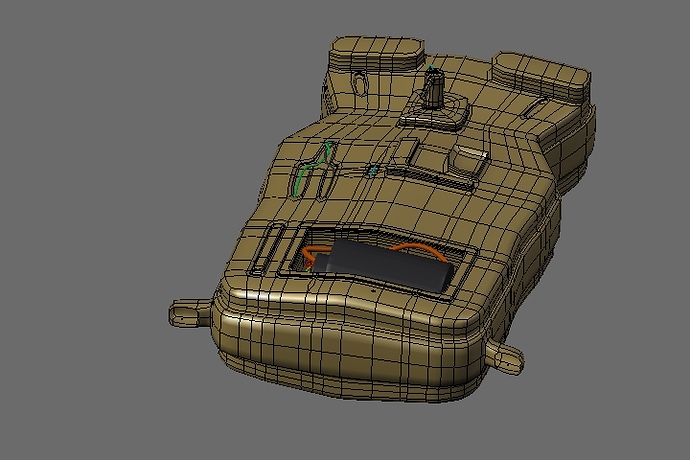 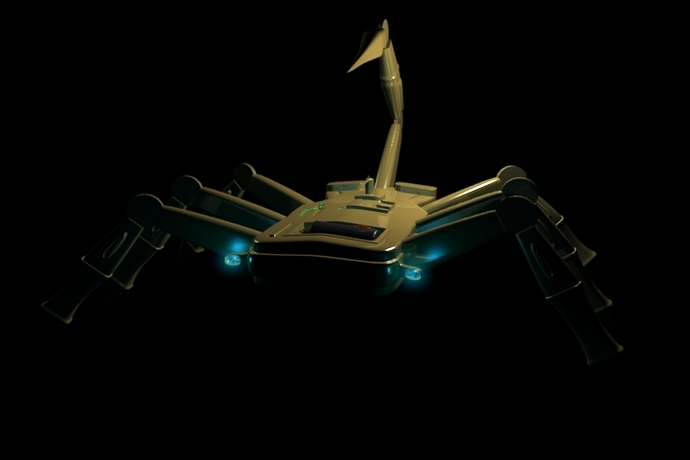 it looks like a remote to me idk why…lol…but its really good!!!..

i like the lights…but yeah id add some machine guns…add like a blade or a sharp point to the tail and id add like claws to the front for grapping…or somthing!

keep up the great work

Instead of animating it in my court, Imma model it at my cabin, cause I have 2 handguns and a rifle that I can use, their pellet guns but they shoot 1,000 feet per second! (yea they hurt… just a little)

I already added a laser turret to the top of it (if you looks closely at the wireframe you can see it.

so your going to use camera tracking for this??? is that what you mean upload this to footage??..

Yea Imma mix CGI with real footage of me shooting it and running from it.

The claws will work like hands, they’ll grasp you and throw you on his back to be stabbed repetitively till your dead.

Definatly looking better with cylinder joints and six legs. I think it would be cool to make a remote control, that when called for turns into a robot scorpian and comes to your location.

I have too much to just start over as a remote. Maybe I’ll model another insect that can turn into a remote and add it in my animation.

No updates today =[ I’ve been busy working on Ice 3d Game Engine. I added particle and soft body support in the IceGE

Yesterday I had to g2 a graduation party =[ so I only did those renders in the last post.

There will be no updates for the next week or two, because I’m on a road-trip. I’ll be on the forums however, be cause I have a sprint pcs card. So keep the comment/crits coming =D

no recent updates… I’ll continue towork on it.

What is the Ice Game Engine?