Thought I would try to make a robot or at least a head to start with. But it’s harder than I thought to come up with details to add to the head. At first I tried just making an edge as a mouth…just like the edges on the side of the head. Then I tried taking the edge away and put like a metallic vent there instead. But then I thought I would skip the mouth.

Came up with an idea to have some kind of weird glowing eyes stuck on black eye balls. Thought it would look cool to animate it and make those eyes move. But it looks strange from the side with those eye balls sticking out!

So far I’ve learned a couple of things by this project. Now I know how to crease edges! Yes! I also think I have realized how much time you can save by doing sketches first and having some kind of plan before starting to model. Gotta try that next time! 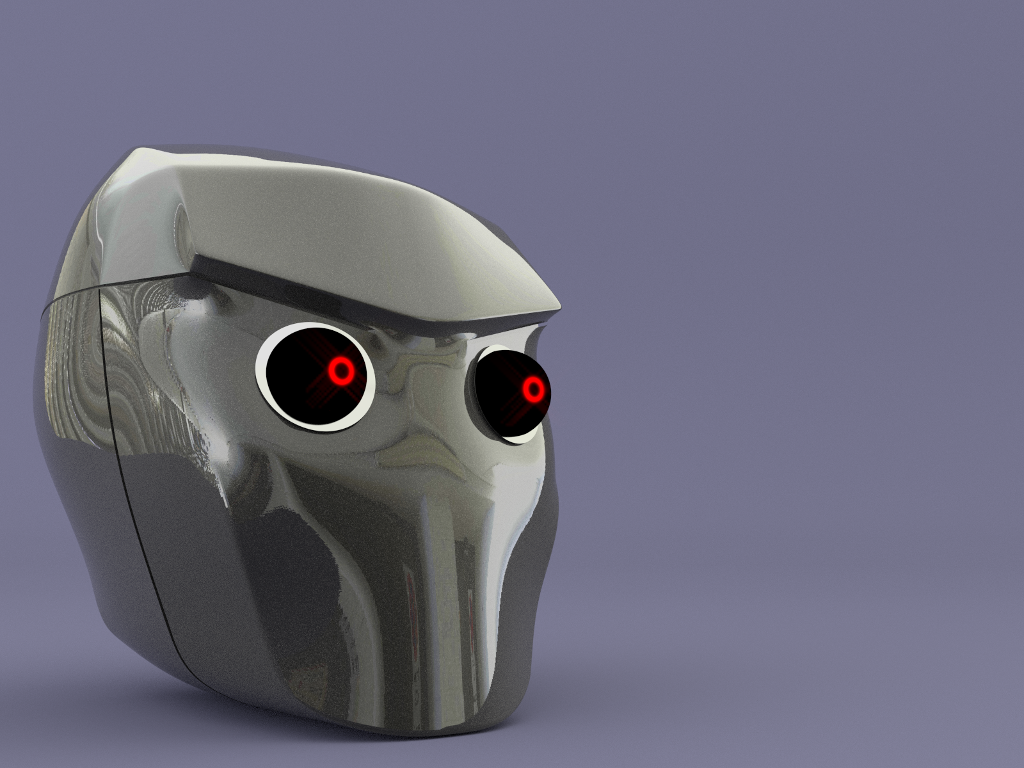 Is there no website with lots of robot images or sketches to get some inspiration from? I’m stuck with Google image search, but maybe someone knows a good site. 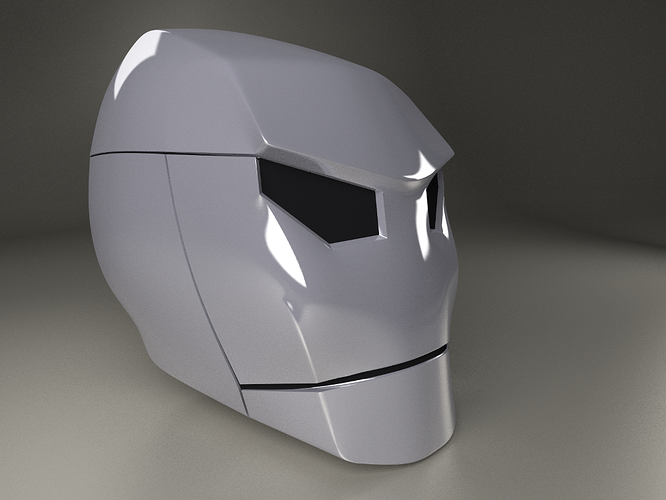