Robot in a City Animation

Here is a robot I was working on. Sadly, I’m not the greatest rigger in the world, and his ankles are a mess, so I decided to put the project to rest. Here is an animation I finished with him in the mean time. It’s a little fast, sorry. 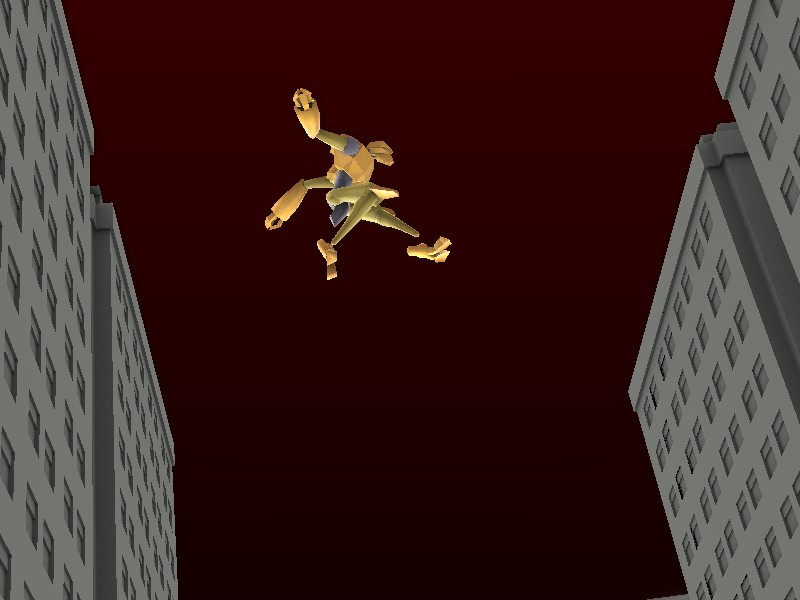 maybe the camera shakes a bit too much

great work, but it’s a bit hard too see when the camera is moving so much.

i disagree. i think the camera angles are wonderful. the shaking of the camera makes it feel like someone is actually there taping it. robot movements are great. maybe make some chunks of the wall fly off though. thatd be cool. it reminds me of transformers. well done and keep it up.

Great stuff, I really like the shaky camera. It makes the robot seem heavy. And the animated damage on the building he slides down is really cool also, do you have any tips on doing that?

Looks good. The camera work is good, and I didn’t see anything wrong really with the ankles.

It’s not so hard rigging a robot, as long as you don’t have a strong IK chain that goes from the foot up through the ankle (causing random movement in the ankle) any configuration should work fine.

I’ve seen loads of complex foot rigs around but the only thing all those extra bones do is reduce the time you spend manually adjusting poses. though it’s nice to have an extra IK bone in the knee to add lateral movement to leg movements during walk or run animations.

What kind of rig did you use?

I like the camera shaking and the robot is awesome! Too bad I’m new so I have no experience with this yet.

@_LsBlend and l.lundstrom: thanks, I was wondering about the camera when I was making it. Does it move too much over the whole thing, or just the impact with the ground?

@blubemuget: thanks, were you thinking like blocks coming off the wall, or smaller chunks, or dust?

@Postmodern_Boy: I literally knifed an entire building, took each chunk, extruded it out the back, and replaced the face behind the ones that I cut. Then I moved each one individually, frame by frame (although most movements were only a frame or two long ) according to where the robot was.

@Smoking_mirror: I’m not sure how to describe the rig I used, but I know the one I wanted. There is some rig where the heel can be lifted while the tip of the foot stays down, and it moved the rest of the leg with it. I don’t know how to do it, and I sorta destroyed my rig trying to make that happen before giving up. I’ll post some images, although those aren’t very good at displaying what a rig is.

Thanks SuperAwesome and Turin Turambar. 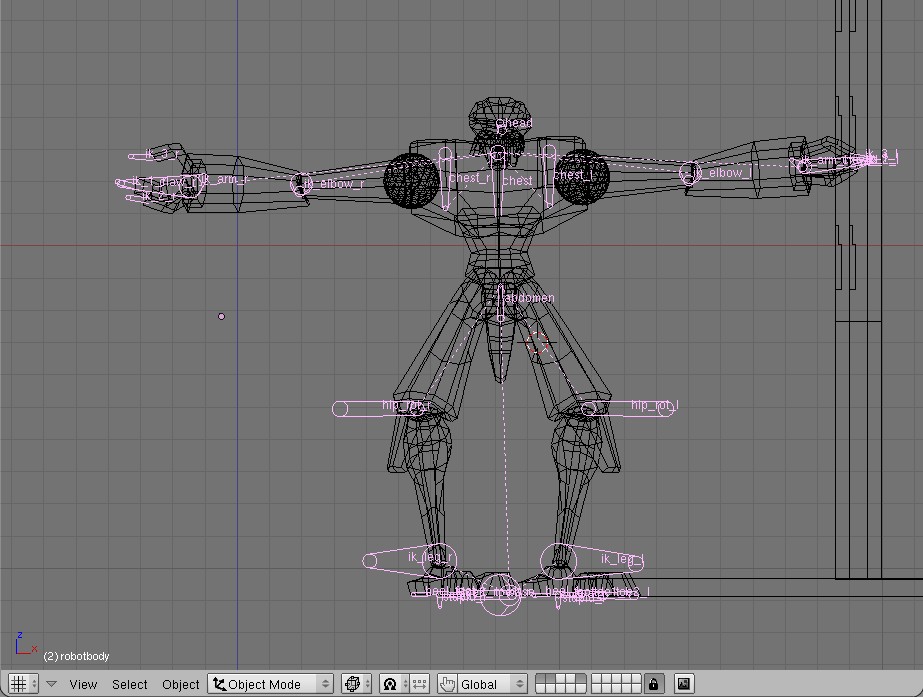