So I created this rig and it works in the parent file just fine. The problem happens when I link to the group in another file.
I create proxy for two armatures; Robot Rig, Sliders. The eyelids are the obvious problem.

I have two theories as to why this may be happening:

Can I fix this problem without recreating the armature?

I don’t know if it was the best solution, but I removed the armature modifier, and parented the eyelids to the armature instead. This seemed to keep the eyelids with the mesh. However, the slider isn’t affecting the eyelids like it is supposed to. Keep in mind this isn’t in the file I built the rig in, just in a file I created so I could test linking in the character.

The sliders are supposed to change the scale of bones in a different armature, but they don’t.

Can anyone shed some light as to why and how I might fix this?

How are you doing with this issue? I don’t have any suggestions off-hand, but I have found linking to be very glitchy myself and I would like to see this issue resolved…

Can you attach the blend?

I think I have solved all the problems I had and successfully linked in the group from the file intact. I have included a blend file that contains the rig and information on how I solved the problems I was faced with. Hopefully it will be more helpful to others that way. I look forward to comments on this.

This was a quick test of linking in the file. The rig was linked in from another file and everything else was built from scratch. Here is the result. 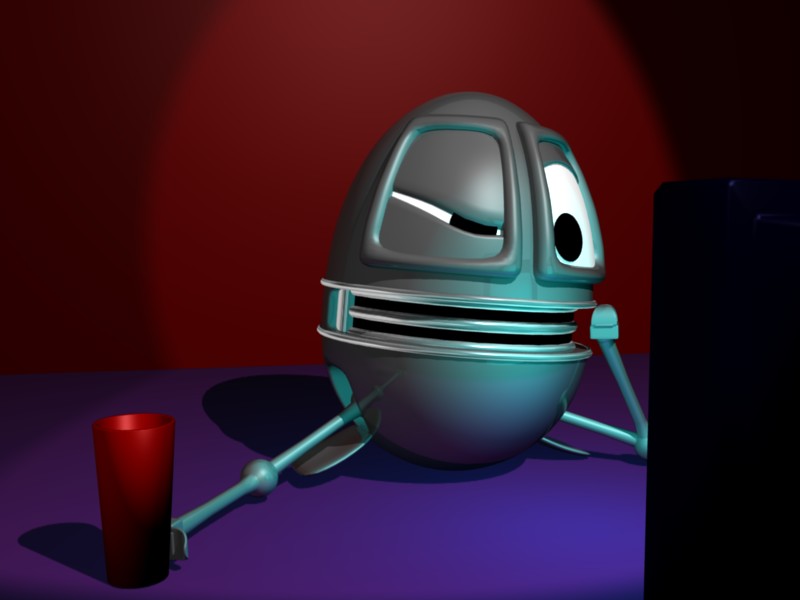 I am getting a strange problem with it when I link it… after linking with relative paths into a new blank file, I create the proxy for the armature with ctrl+alt+p. So far so good. But as soon as I go into pose mode and move a bone, the arms disappear entirely! Did I do something wrong here? I gather it worked fine for you… were you using 2.49?

Yes, I am using Blender 1.49a. I might also suggest sliding the sliders by the door symbol. That might be what is going on because those scale the arms between 0 and 1. The screen shot in the first post shows where those sliders should be for arms out.

It occurs no matter which bone I move first… the arms disappear entirely! This is really bizarre.

I am getting a strange problem with it when I link it… after linking with relative paths into a new blank file, I create the proxy for the armature with ctrl+alt+p. So far so good. But as soon as I go into pose mode and move a bone, the arms disappear entirely! Did I do something wrong here? I gather it worked fine for you
I did test the linking again just to be sure it works.

I suspect this might be the problem, but if you are still having problems, a screen shot might help me identify the problem. 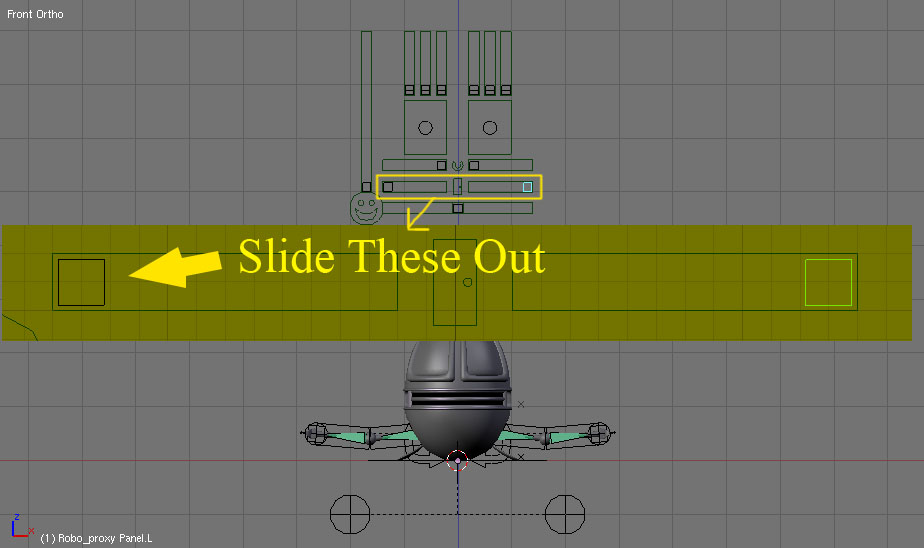 Thank you for your input, I’ll go back and change it and upload the new file with a better GUI. I can see how the current one is confusing.

I’m fairly certain this is not an issue with your rig, but with the linked data. I know it’s not a control issue, I did notice your IK/FK switches were in the middle position by default.

I don’t know what I could be doing wrong! Here is a gif to show what happens:

The eyes also close when it is proxied… and originally the rig moved to, but I fixed that by just clearing all the transforms on the armature in the original file. I didn’t leave anything out in the screens, the 4 steps are all I’ve done on the file. And it doesn’t matter which bone I move, the arms will disappear!

I really don’t see how this could be a fault with your rig. Even if the armature has transformations applied to it, I really think it would be nice if the proxy system could handle it. I really find the linking system in Blender to be very unstable.

Personally I think it would work nicer if instead of treating each linked object separately and proxying them separately, that it would be great to have just 1 proxy for all the elements in the linked scene. Like a ‘scene’ proxy. So you can access and change all the linked data as you need to, but leaving the original data unaltered as you would expect. This would also prevent refresh issues when linking characters made with multiple armatures (which I’m currently into using), since all linked data would be evaluated at once (being in the same proxy). Anyone else feel this way? lol :eyebrowlift:

oooh I see the problem now, I didn’t catch the second controls to retract the arms. And the bones in your armature are not in their rest positions, which is why the controllers move. Gotcha.

I still think the linking system is problematic though…