A local film-making club has a competition in April with the theme “Rock, Paper, Scissors”. I thought I’d enter a short animation in NPR/Toon style using freestyle. The story board goes like this… 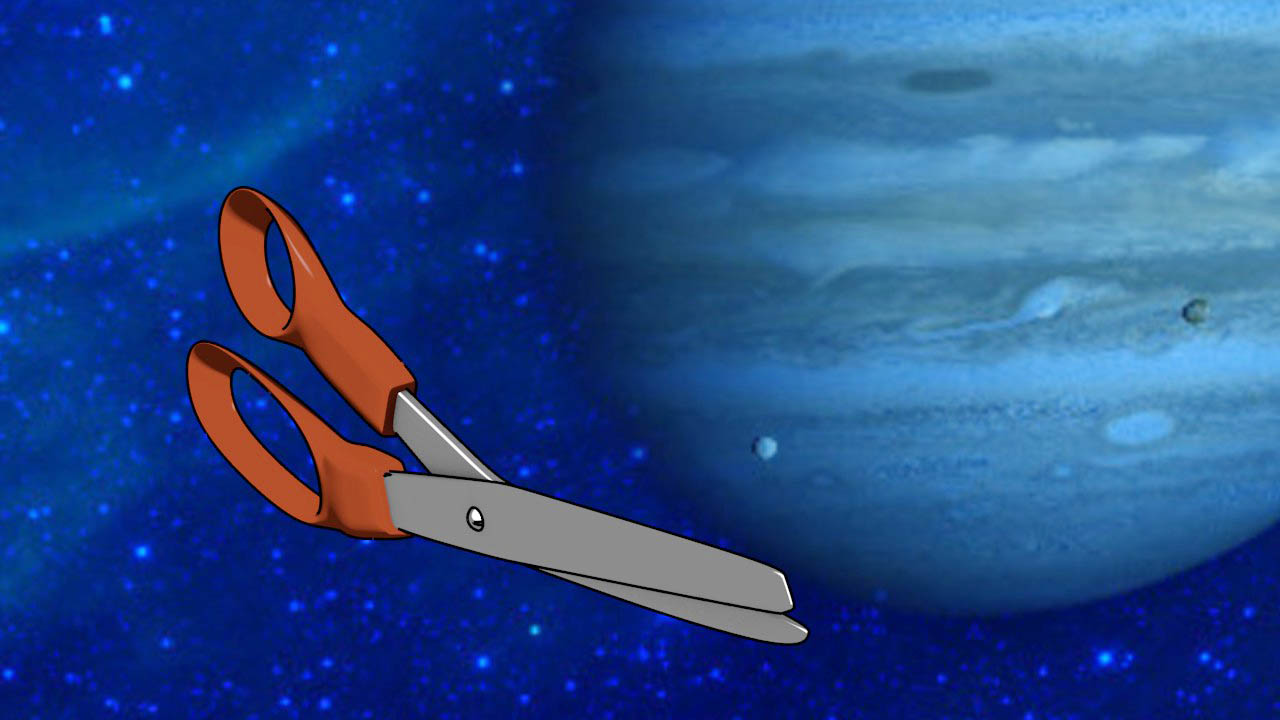 The commanding officer and his lieutenant look out from the bridge… 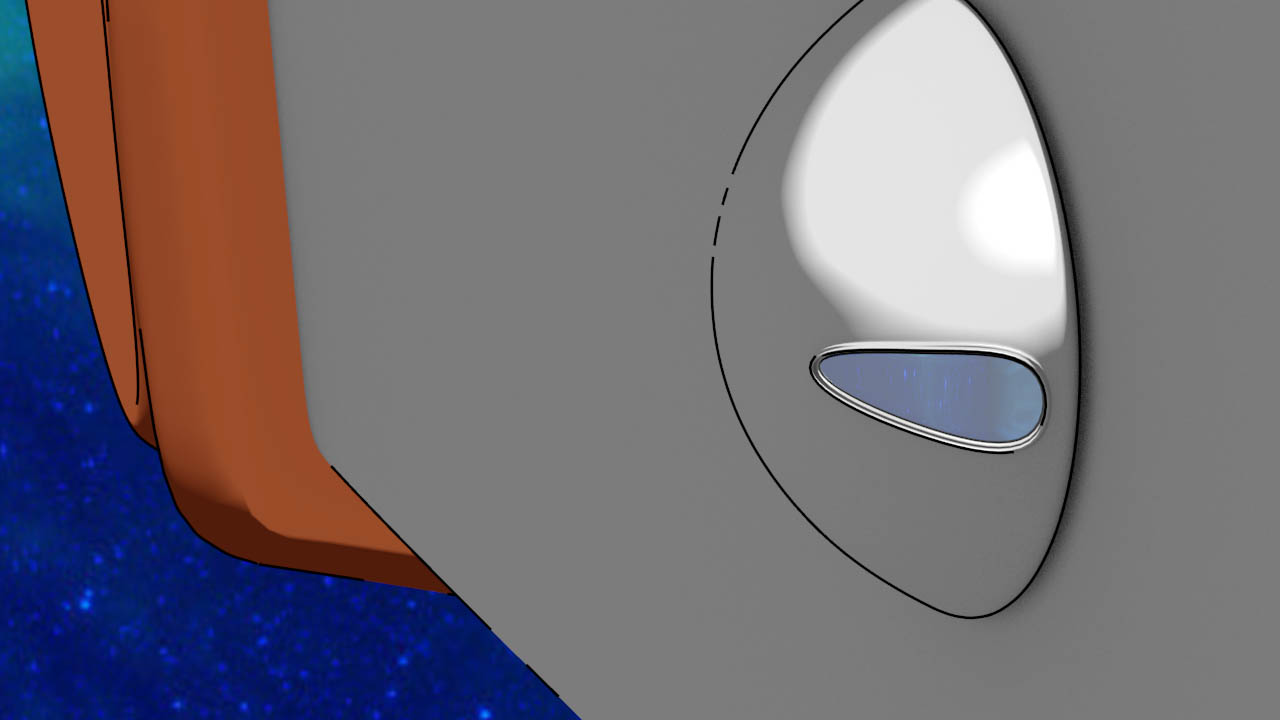 “We have the enemy fleet on the scanner Commander”
“Yes, our old enemy the paper empire! Prepare to attack!” 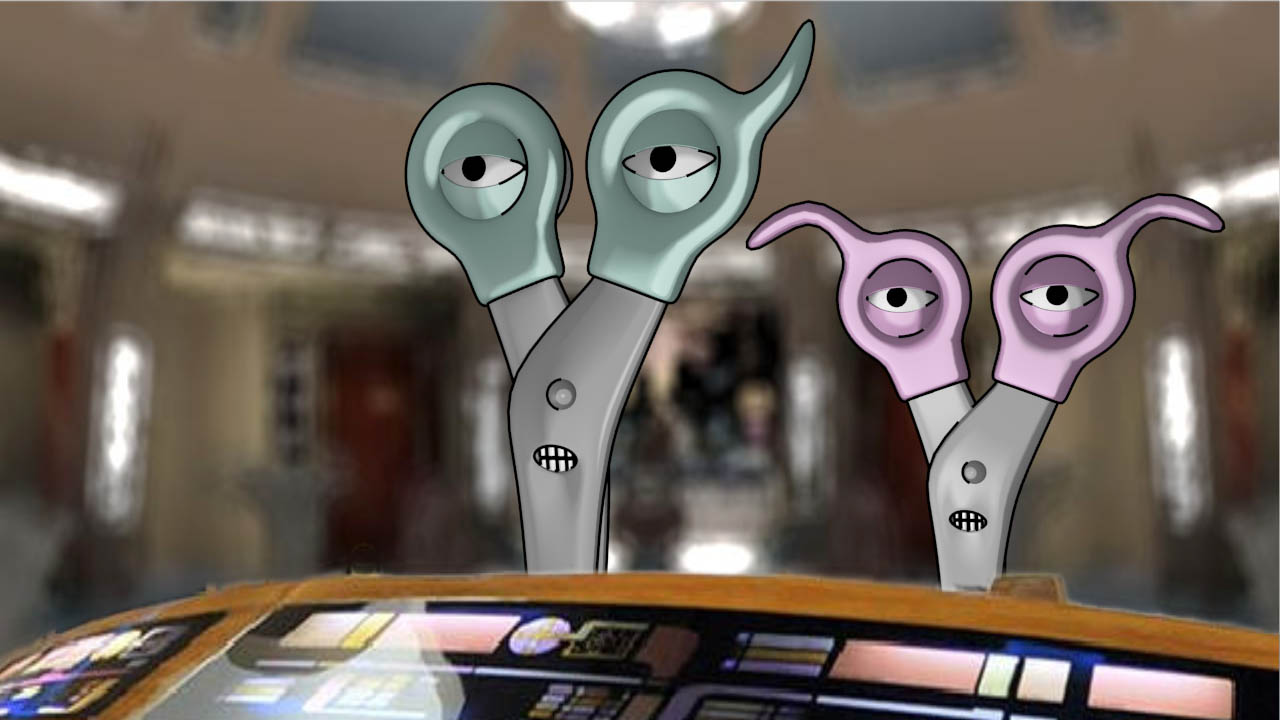 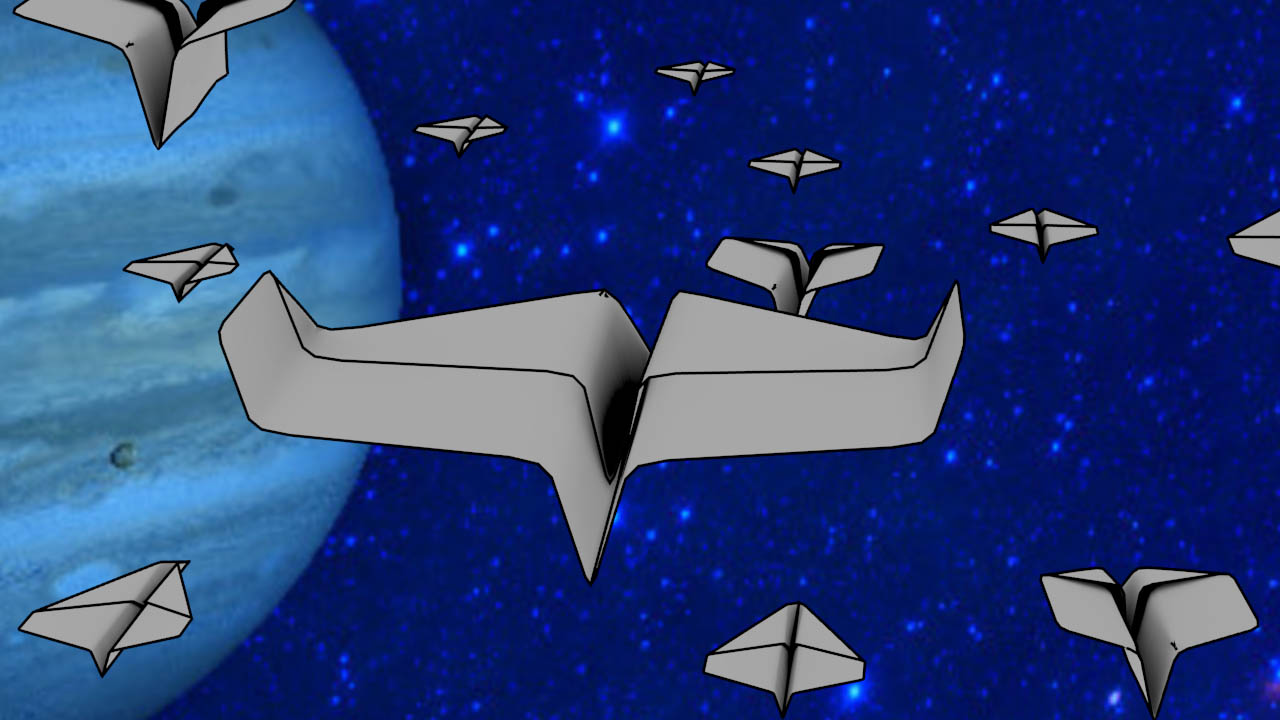 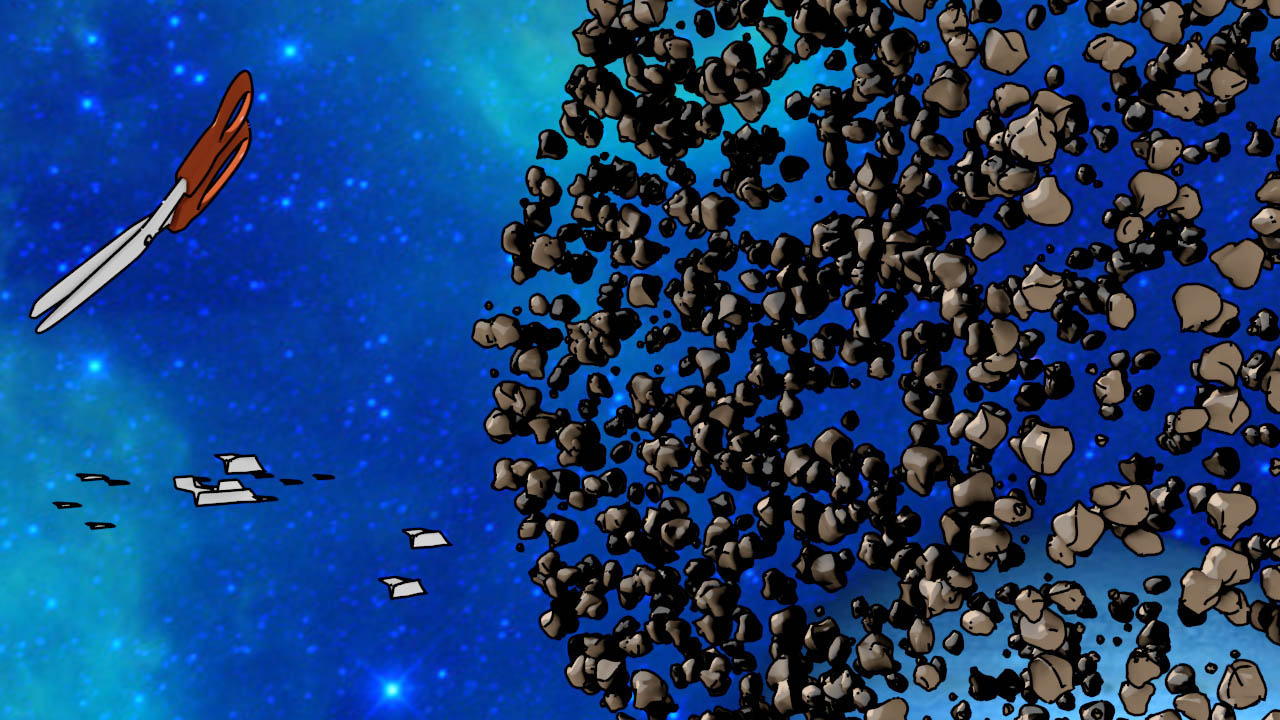 “Wait, the paper ships are unfolding!”
“They’re wrapping around the asteroids and guiding them around us!”
“Somehow the paper empire have learnt how to defeat rocks! It’s a trap! Hyperspace jump! Now!!!” 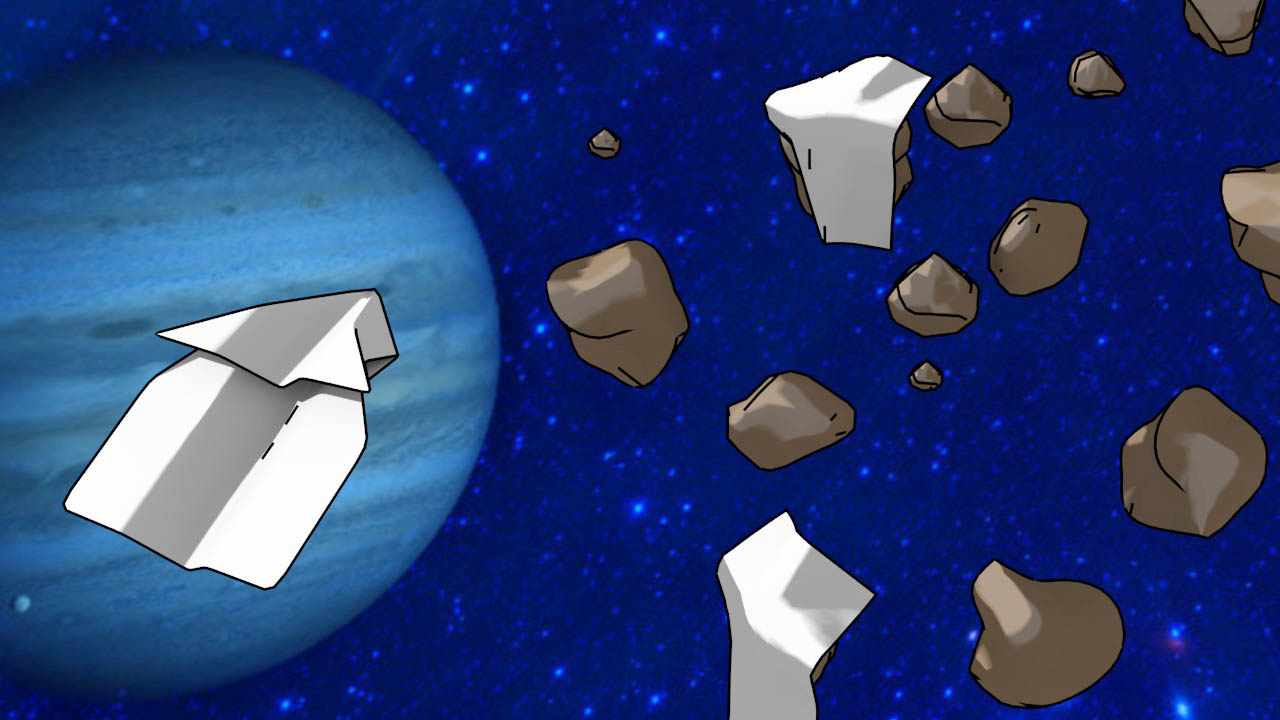 So that’s where I’m up to. The plot is roughly there (I’ve left a few surprises for the finished product though). I was after a plain and simple look, and in particular I want the scissors to look fairly real - ie no greebles etc. I haven’t rigged the scissor commander and lieutenant yet, and I also haven’t done any actual animation. I only have a few week to do it in, and not many hours available each day, so I guess it will stay fairly basic!

Of course any feedback is welcome, but I haven’t used freestyle seriously before so I’m particularly interested in suggestions on the NPR look. I’ve just used the default freestyle lineset, as well as BI toon materials and a little AO for the shading. There is obviously no texturing in the materials, and I’m not sure if I should keep the plain colours or add something else.

One more thing - would there be anyone out there interested in providing some voice acting for this short? I’m afraid there’s no prize money involved, just a credit at the end. (I can do it myself, but it would just sound like every other film I’ve ever done!) Some international flavour to the audio would be amazing! Please PM me if you’re interested…

I’ve left this a little late, and I’ve a week and a bit to get it done. I’ve now done the quite a lot of the animation, and a quick render of most of that. I’m trying to assemble a rough edit to see what flows and what doesn’t.

A screen shot of the rigged characters… 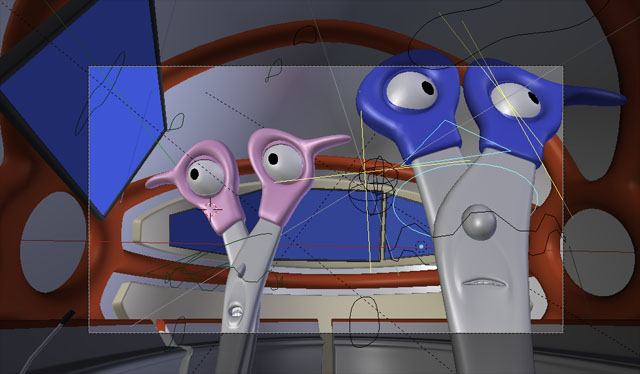 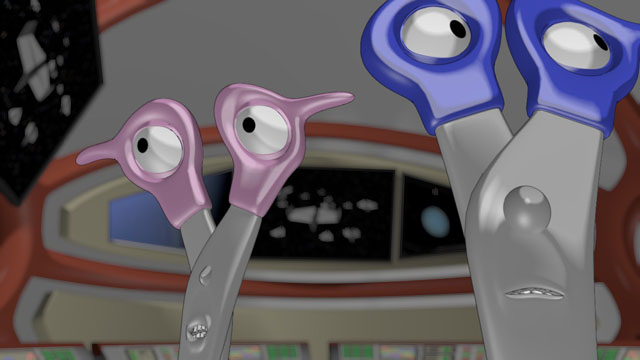 The scissor spaceship warping into the scene… 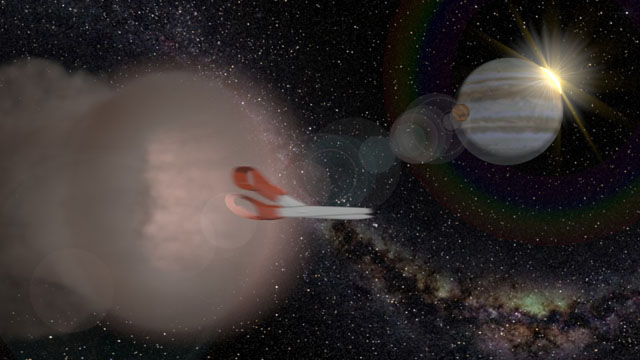 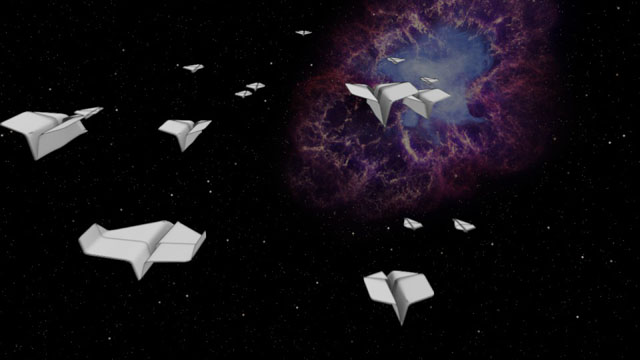 Things I’ve found interesting about this project so far are…

The main issue I’ve had is using freestyle for animation - it’s my first try and it might be my inexperience, but the lines are very inconsistent from frame to frame.