In a home-made table top role play game akin to DnD, medieval-style world but without most cliche fantasy tropes, he plays a young female character which he described to me as a mix between a punk teen revolutionary of in-game-equivalent-of-Latin-American descent and Ellie from the last of us. He specifically pointed me at several images from TLoA (as I never played the game), where Ellie is worn out, sweaty and covered in blood and wounds.

And here is the result. It’s the second character I made (one for myself before) so I am in no way experienced with this, but I generally like the result. Especially the hair and the tattoos came out nicely. But I also realize, that I struggle to make convincing fabrics, or interesting clothes to begin with, and the skin is way to smooth, especially compared to some other stunning portraits I’ve seen here and elsewhere.

As always, any constructive feedback is highly welcome and I hope you like it! 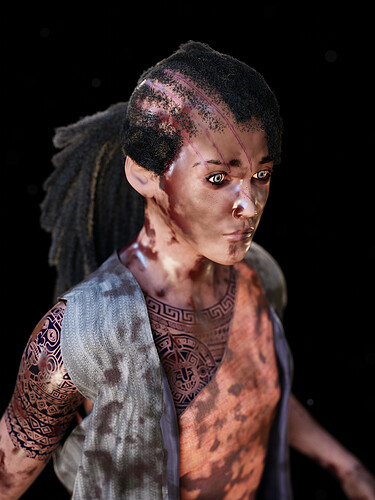 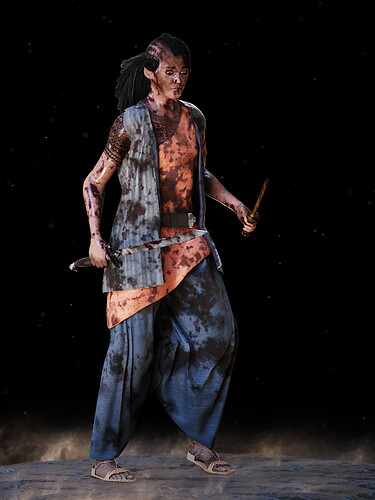 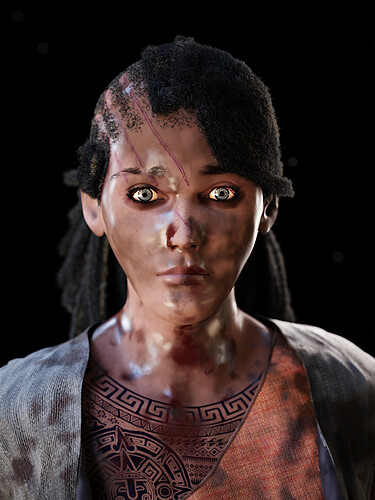 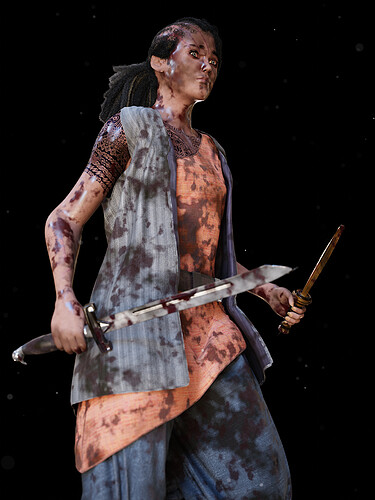 ( Skin and the tattoos