Rotoscoping a part of a building out of the way

In front of this farmhouse there are some trees which I want to be seen. I’ve made a node setup but i’m stuck. All I get is this white mask, or something similar but no trees showing up.

Can someone point me to a good tutorial or tell me how to setup a working node?

Thanks a lot in advance, 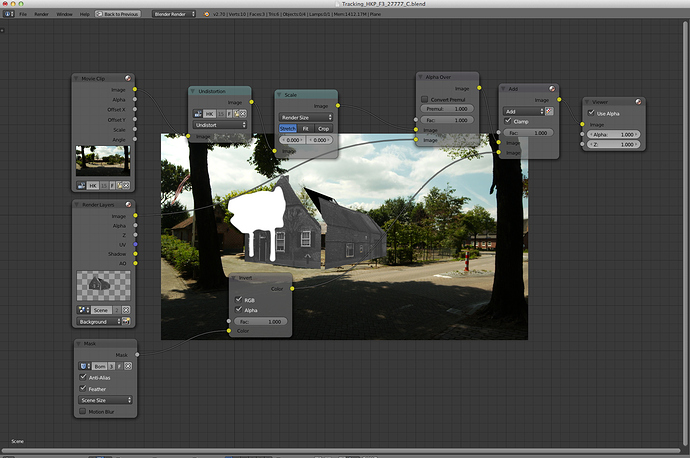 Sure… First up, how did you create the mask? did you create it off the backplate? if so you will need to undistort this mask output aswell… because its based off the same same camera.

Pretty much what the mask is doing, is its producing a black and white image… you are adding white over the image which is causing it to be like how it is… what you are wanting to use it for is to drive another operation… if you havea look at the alpha over… this puts your rendered image over the top of the background plate… you see that factor? when its 0, it doesnt do anything (transparent), when its 1 it is totally solid… now… black can be represented as 0, and white can be represented as one… this mask produces this information, but on a pixel scale instead of a image scale… so plug the mask directly into the alpha over and see if that helps (after undistorting the mask aswell). if needs inverting then invert it but i dont think thats needed.

When you are doing a roto of an image, make sure that blender’s dimensions are the same as the image that you are rotoing. The masking tools are raster based, not vector based. Please attached image for reference. 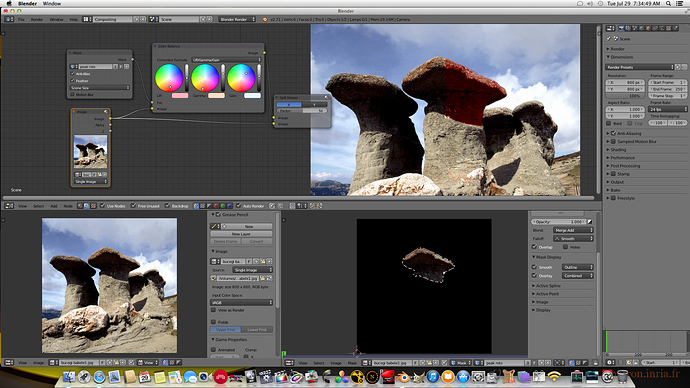